The Right to Rate Movies Right

by Richard Timothy | May 27, 2010 | I Do Suggest, I Think There's a Point, Lightbulbs and Soapboxes, MST3K, My Cutie Baby Sweetie Pie, My List of Things that Don't Suck, Non-Fiction, Observationally Speaking, Reviewed and Recommended | 8 comments 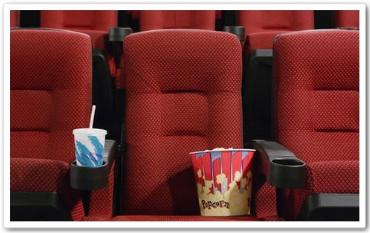 Movies, we all know what one looks like after it’s had its 15 minutes and then walks the path of inevitable DVDism. And even though I gather most of my film consumption via DVD, I have even been known to do the occasional theater experience as well. I’d like to say it’s better, but you know how it goes, once you get there you find need for a tub of popcorn and a soda usually costs you slightly more than your first born, and if you want to get some Junior Mints to go along with that, you have to haggle with yourself on whether making your car payment that month is really more important than a box of processed dark chocolate stuffed with a foreign substance that is the equivalent of a aftermath of a candy canes sneeze. Sad thing is, sometimes we actually decide that chocolate covered peppermint boogers are worth being a little late on the car payment for the month.

There are some films that I think are enhanced by seeing them on the big screen. Granted, most of this enhancement comes from watching a film in a theater full of devoted fans as opposed to watching it with a group of people that are only in the theater because they want to get out of the summer heat. Fan excitement is a power to be reckoned with. Because of fan excitement I have found myself in the past enjoying the hell out of an incredibly mediocre film. Then again the opposite can happen as well. You can go to a rather exciting and entertaining film and if you happen to be surrounded by a collection of people jacked up on Ritalin, there is a chance it’s going to lose some of its splendor.

One of the magical aspects of the cinema is that it is an entertainment medium that gives every person that watches it the self proclaimed title of film critic. When first starting out as a film critic the initial practice of rating a film is very Roman in origin. A film either receives a thumbs up, meaning that it should be allowed to live so that others can experience the same viewing pleasure that you received. Or you give it a thumbs down, which simply means that you would recommend going to the dentist for a root canal as a viable entertainment option as opposed to seeing the film.

The situation that then follows is a result of film makers not holding themselves to a higher standard, or it could just be that the industry is flooded with trite and uninspiring film makers. The result is the relentless flow of films that are not good, but they don’t really suck either. This requires the novice film critic to add a new dimension to their film rating system. Enter the three star system:
1 Star = Hated it.
2 Star = It was ok.
3 Star = Loved it.

As opinions about film grow, so does the range of your ability to review a film, thus increasing your rating system to a five points, stars, A through F or something similar. For today’s purposes and to add clarity, I’m going to borrow Netflix’s five-star system and their definitions. It breaks down like this:
1 Star = Hated It
2 Star = Didn’t Like It
3 Star = Liked It
4 Star = Really Liked It
5 Star = Loved It

The problem I have with this is that there are way too many movies out there that evoke absolutely no emotion at all, or just fail to exceed any of your movie watching expectations, thus creating a completely new movie going experience. These are what I predominantly call background movies. Something you can put on in the background, while you are doing something else. The film really doesn’t have enough merit to encourage you to pay attention to them, meaning they are easy to ignore. 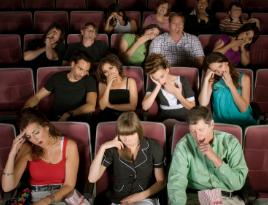 For me these are movies that earn my 3 Star rating. The nice thing about these films is their utter lack of interest, so it’s easy to work on other things and focus on other things while these movies play. This is the main reason movies I disliked or hated don’t fall into this category. Movies you dislike are instilling in you a negative response or an unpleasant emotion. On a personal note, if you are of the disposition that you need noise while you create and your preferred background noise is a television, please never create while a film that affects you negatively is playing. It’s just a bad way to create in my opinion.

If it makes sense to you, please feel free to adopt it and raise it as one of your own.

Also, based on that system, here are a few movies that I’ve seen that fall into each category:
1 Star = There Will Be Blood, No Country for Old Men, and Star Trek 5
2 Star = Aeon Flux, Burn After Reading, and Jerry Maguire
3 Star = Across the Universe, Crazy Heart, and Dances with Wolves
4 Star = The Breakfast Club, Dear Frankie, and O Brother, Where Art Thou?
5 Star = Harvey, The Hudsucker Proxy, and Stranger than Fiction

I do need to point out that I think for all people there is a kind of holy writ of viewing euphoria. It is very personal to the viewer and overflows with nostalgia, carrying with it such joy and appreciation that you could have it playing nonstop for days at a time. And whether you are paying attention or not, it’s fine, because you know that when you do stop and pay attention, it is always going to put a smile on your face, unconsciously causing you to appreciate everything in life that much more. It’s a kind of bliss movie, a blovie if you will. See even the word makes you smile. For me, it would have to be MST3K (or one of its off shoots), and for my sweetie-baby-cutie-pie its old Shirley Temple films. There is something permeatingly happy about watching Angela watch Shirley. They are a bit contagious in that regard.

So, what are some of your blovies?