by Richard Timothy | May 10, 2010 | Gratefully Grateful, Holiday Banter, Life Characters, My List of Things that Don't Suck, Non-Fiction, Observationally Speaking, When I Was a Kid | 3 comments 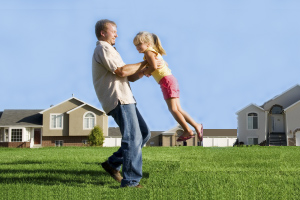 One of the problems that I find with Smirking on the day of a holiday is whether or not I am going to have some free time to get some writing done on that holiday. Some holiday’s works out great, some result in me getting a Smirk posted on the day of, but just before around midnight so it can still be technically posted on the day of. Then there are holidays, like yesterdays Mother’s Day, which takes all of my writing time for the day because the holiday requires me to bask in the celebration of the holiday. If I hadn’t been so exhausted from spending a few hours running around the back yard with my 5 year old niece perhaps I could have gotten something done. But between the water fights, 27 times we played use the lawn darts to hit basketball game (they were the plastic ones), playing house, having a tea party with two baby dolls and three Barbie’s and one of Barbie’s horses, and helping her climb a few trees, I was a touched pooped by the time I got home. So with all that being said, today gets to be my (post) Mother’s Day Smirk. 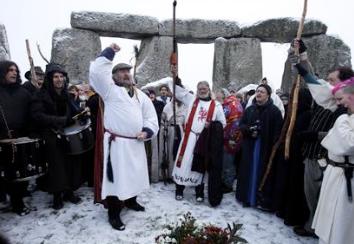 Contrary to popular belief, Mother’s was not originally a pagan holiday. Ok, so maybe I’m the only one who has ever assumed Mother’s day was at its origin a Pagan holiday, but it’s my fail safe explanation. If you don’t know the origin or a holiday, just blame it on the Pagans. It’s worked pretty will for me so far. I guess that’s what I get for assuming though. Of course, you know what happens when you assume? Apparently a spell is cast and you are turned into a donkey named Ume… or something close to that. Maybe, assuming is, at its origin, a pagan thing? It sure explains that whole shape shifting donkey thing. Actually, it all depends on what origins of the holiday you are after, if you look at all the Mother’s Day holidays around the globe, we really do need to give some credit to the Pagans… thanks Pagans! As for today’s information on the holiday it is based on the US version of Mother’s Day.

Mother’s on the other hand, are just like the heart, the brain, and the nervous system. We are all born with one and we would not be here without one. Despite all our differences, mothers are one of those things that make us all the same. That is, at least, until human cloning becomes a standard practice of human devolution.

The present day version of Mother’s Day was inspired one Ann Jarvis. Back in 1868 she set out to create a Mother’s Friendship Day, which was designed to bring families who had been divided during the Civil War back together. Before the movement gained any substantial momentum Ann died on May 9th, 1905. It was her daughter Anne Marie Jarvis that keep Ann’s work going. It took a few years, but on May 12, 1907 there was a memorial service held at an Episcopal Church in West Virginia honoring all mothers. The first “official” service happened a year later on May 10, 1908. Anne then started a campaign to establish Mother’s Day as a national US holiday.

In 1910, West Virginia officially declared Mother’s Day an official holiday. The nice thing about that is who is going to say no to a holiday celebrating mothers, especially in congress. I mean there are some things that are passed that people are going to rant and bellow against it. I mean how big of a gluteus maximus article of clothing that you place on your head do you have to be to vote against something like a day to celebrate your mom? I would assume and hope that it was a unanimous decision to follow suit, because it did not take long for the other states to jump on the Mother’s Day wagon. Then on May 8, 1914 the US Congress passed a law making the second Sunday of May Mother’s Day. The next day, Woodrow Wilson proclaimed May 9, 1914 the first national Mother’s Day… ok so that really wasn’t so much funny as it is educational, but I did find it interestingly educational as opposed to yawnishly education.

Now because mothers are people too, they are all different, unique, and simply put, human. Some mothers are good, some are not. Some are nothing more than incubators, and some are your best friend your entire life. Some share DNA with you and some do not, but one thing is universal about them, they are our mother. 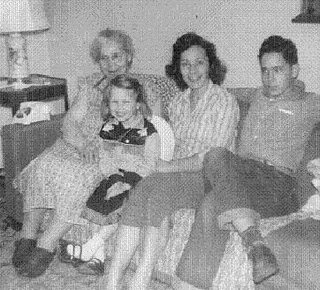 My dad’s mother, well sadly, I never met her. She was gone before I made my grand entrance onto the planet, but I’ve heard stories and seen photos of her. Her photos always reminded me of the incarnation of Santa’s special lady, Mrs. Claus. According to the stories my dad has shared about her, I’m going to have to say that I am about 76% sure that she actually was Santa’s main squeeze, or at the very least related to the family in some way.

As for my mom’s mom, she was a product of the great depression, a little hard, and very set in her ways, but we always had a grand time when visiting, which was about 2 to 3 times a week, and we were always welcomed. I’m not sure why, but one of my first thoughts about her is always her unexpected and always entertaining use of colorful metaphors. They were always said under her breath and when she didn’t think anyone was listening. It was more of an involuntary thing for her than anything else. It was a result of everyday “oops” type situations. Things like dropping a fork from the dinner table, accidentally pricking her finger with a sewing needle, or dropping a washed dish while she was drying it by hand. Each of these situations would trigger an automatic cursing expulsion. This whispered flurry of words would always give my siblings and me a fit of the giggles, which we would blame on the cartoons we would be watching. I never dared repeat any of the words I learned from grandma until I was at least in junior high school. For the record, it wasn’t your standard back ally, drunken sailor profanity either. It was just your standard, run of the mill, ok-for-70’s television profanity. 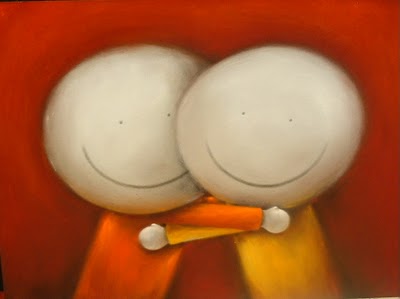 Then there are the Karen’s. Both Angela’s mother and my mother are named Karen, which is of Danish origin meaning pure. As far as mother’s go, actually as far as people go, I’ve never met a woman so devoted, concerned, loving, worried for and unconditionally loving and supporting as my mom. My only gripe is that she is one of those older generation mothers who believe serving others is what a large part of life is about, which is fine, but she does have a difficult time receiving anything for herself and accepting how amazing she truly is. Interestingly enough my new, second mom, Angela’s Karen is a bit similar in this behavior as well.

There is a song by Natalie Merchant that, from the first time I heard it, reminded me of my mom. It very simply, accurately, and beautifully put into song the way I feel about her. It was the song that I dedicated to her, and dance with her to, on my wedding. I suppose you could call it my official Mom song. So for this Mother’s Day, and for every Mother’s Day to come, I dedicate the song Kind and Generous to my mom’s, Karen and Karen, and to all the secondary mother’s I had growing up, Anson’s mom Helen, Kyle’s mom Carol, and Buck’s mom Nan. To my mother’s… (Note: There are two songs in the attached video, the first song is the one I’m referring too. I would have linked the official video, but I think it takes away from the message I find in the song.)

Thank you and I love you.

What song would you dedicate to your mother?