What Weddings have Taught this Reverend

by Richard Timothy | Sep 19, 2011 | I Do Suggest, I Think There's a Point, My List of Things that Don't Suck, Non-Fiction, Observationally Speaking | 0 comments 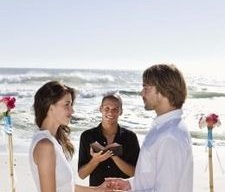 Last weekend (not the past one, but the one before that) I had the honor of performing the wedding of my oldest brother. The wedding went off without a hitch … although if you think about it, isn’t the whole point of a marriage, to get hitched? With this wedding being the fourth wedding I have performed, I thought for this week’s Smirk I’d take a look as some of the things I’ve learned over the past few weddings.

When my first wedding came up, let’s just say that I was very happy I had been in a wedding prior to it or things may have turned out a little lacking in flow. When I showed up I was planning on simply walking the couple through the ceremony on how it was going to work and showing them the logistics for how a sand ceremony works. As it turned out, the couple wanted their parents and a child from a previous relationship added to the ceremony, so I knew I’d have a few people to direct.

It was when I arrived and walked into the space where the wedding was going to take place and the groom asked, “So what do we do?” that I realized they were going to need a little more direction than just were to stand and the queues they need to wait for before they performed their task in the ceremony… and some reason when you walk into a wedding rehearsal a day (or hours) before the official ceremony, and chaos of people find out you are “the reverend”, pretty much anything you say after that becomes the official law for how things are done for the wedding. 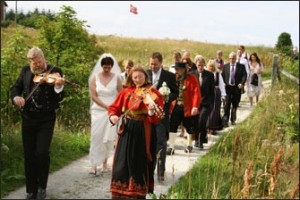 I got to put together the precession for who would be walking down the aisle and in what order. I got to choose the sides that the brides and groom’s family were to sit on, and had them practice the march a few times so that the timing and spacing would work out instead of having everyone shuffle in like a train trying for its quickest time for passenger arrival. The couple did have the wedding march songs picked out, which was helpful, but unfortunately they were not sure when they needed to play those songs.

Here are few things to keep in mind if you every find yourself choosing to become a reverend so you can perform a wedding for a friend or family member. 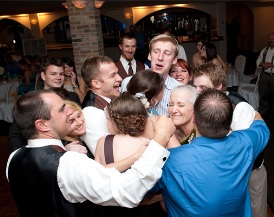 One last thing, creating a wedding ceremony for someone you know well and hold dear in your heart is truly one of the best experiences. The ceremony gets to come from you and is a gift you get to give to them. If you get the opportunity, take it, because when you love the people you are performing the ceremony for, it hold more meaning, emotion, appreciation and power than any ceremony some stranger or vague family acquaintance will ever be able to create and perform for the happy couple.

Also, if there is an ex involved and they contact your with suggestions, smile and nod. Say, “Thank you for that suggestion.” You can even take notes if you want. Just remember that when you get home, burn every note you took and reject every single suggestion they gave … even if it didn’t seem like that bad of an idea … because it was. The end. Don’t even try to second guess it. Just walk away and don’t look back.