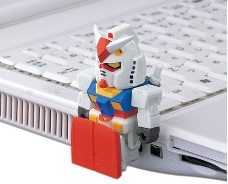 I have a memory stick, and by memory stick I don’t mean a wooden paddle that my fifth grade teacher used on students to help them remember why they broke one of his class rules. No, what I mean is a USB key, the little 1GB data storage device that holds all of my writing, every book, Smirk, and a lot of really bad poetry I wrote when I was in high school . . . high school poetry is a lot like discovering the girl you made out with at your friends party turned out to be your third cousin that you never knew existed at happened to be in town for the week to go to the fair. It’s something that you did, but you never share it with anyone, ever . . . ah crap. Well, you get the point.

The nice thing about technology is that I’m able to take my writing with me where ever I go, and often times do. When wearing jeans I’ll keep the memory stick in that little change pocket that has shacked up with the front right pocket of all jeans everywhere. I remember those pockets being referred to as change pockets, designed to hold your loose change, but seriously when was the last time someone ever used one of those pockets? If it hadn’t of been for the invention of memory sticks I doubt anyone would have a use for them.

Usually, when I get home I always take the memory stick out of my pocket and plug it into my computer for any after work writing I plan to accomplish for the evening. Okay, so not always, just every time except this past week. Monday I arrived home feeling a bit under the weather. One of the many joys of working in an office is, much like going to school when I was a kid, there is no controlling who comes in sick. As a result, you spend your day in confined quarters with someone who unwittingly and relentlessly shared their cold, or other sickly ailments with you (which does occasionally mean you hear about what they did over the weekend, and believe me that can certainly fall under the sickly realm of sharing a cubicle). 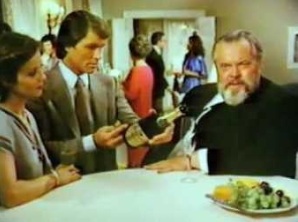 For the following two days I spent a good portion of my day in bed, downing cold medicine and drinking Emergen-C in much the same fervor as Orson Welles on a bender. This resulted in me failing the simple daily activity of placing my memory stick on my desk next to my PC. Thursday morning when I went to my office to get my “don’t leave home without” items; my wallet, my phone, my scan badge for work, my keys and, something was missing . . . my memory stick. I search around my office, and then I went to the bedroom to see if it was in my night stand. That is when the thought that I forgot to take it out of my pocket, came to mind, but they were nowhere to be found.

I asked Angela and that is when I learned that my cutie-baby-sweetie-pie-wifey-pooh, in a gesture of kindness and taking care of my, opted to do a load of laundry for me, which is where my pants had gotten off too. I pit started to form in my stomach. My jeans had already made the move from washer to dryer and as I rushed and pulled them out, to my relief, the pocket was empty . . . and so was the washer. I asked Angela to keep an eye around the house for the memory stick and headed to work in hopes I had accidentally left it there on Monday. 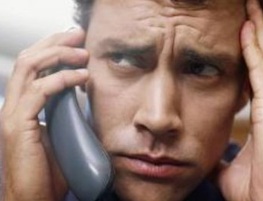 Around 11 AM, Angela called with the news that my memory stick (holding all of my writing) had been discovered . . . in the dryer. I hadn’t even thought about digging through the dryer, and since things were still a little damp after I check my jeans, I had turned the dryer back on for another forty minutes. There is a very hollow feeling that starts in your gut when you realize two decade of writing might have been washed away in one regular extra-large wash cycle, it’s kind of like you stomach had turned into the starting point of a mini black hole. I’m sure if I was in that situation the second the spin cycle began I would have done a complete memory dump.

Angela took the stick and plugged it into her computer, filled with the same amount of hope that all teenage boys everywhere use when sit through a sparkly vampire movie, hoping they just might get to make out with the girl that forced them to suffer through it. I’m not sure how, but as it turned out the hoping worked, well it was either that or China made a much better cheap one gig memory stick than I could have ever imagined possible, which just sounds even more ridiculous as I write it down. Who knows maybe the extra drying is what did it, whatever the reason, not a single gigabit was damaged, water logged, or destroyed.

Plus, the memory stick looks almost brand new. All the old smudges are completely gone. I think I might get a new memory stick for my birthday though. I think the old one has earned its retirement and should be placed into my storage drawer of nostalgia. Plus, I finally got around to getting all of my writing safely stored in four new and more permanent locations, so I can now check that off my “to do” list too. I wouldn’t recommend anyone do this, ever, but in my case, I actually worked out for the best, which is definitely a Smirk worth sharing.