Too Much Free Time at Work 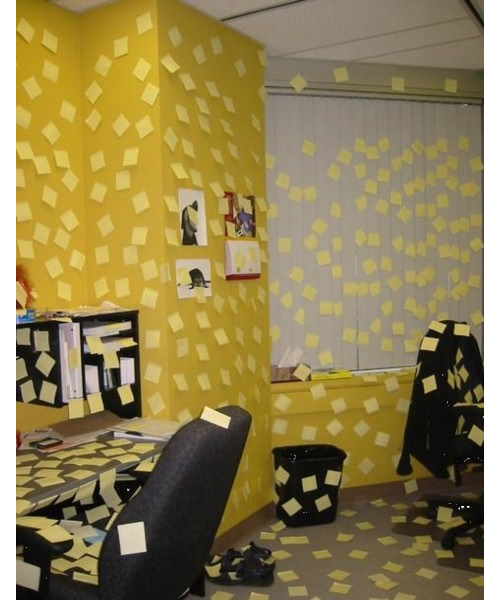 There have been times during my years as a contributor to the workforce collective that work has gone a bit slow. For some reason customers just aren’t in the mood to make much of an appearance. But it’s not like you can go home. The business rule is that someone has to be there, you know, just in case. Just in case the planets align and a bus full or tourists pull up to the front of the store and everyone gets out and buts 15 of each items as gifts that they will be taking home to their family. Or just in case the local sporting event gets out and 15,000 fans feel the sudden urge to drive across town and go shopping you store because they all have a sudden desire to rent a video instead of going home and going to bed. You know just in case. Just in case it the catchphrase where all stupid and improbable possibilities go to die, but instead get cataloged as a list of potential realities, because, you know, just in case.

So there you and your coworkers stay, stuck in an environment were you have to pretend to look busy because everything you needed to get done was done three hours ago. The supervisor has either gone home, or if they are hourly, is in their back office playing solitary on the computer, while you wait out front hoping desperately for a customer to come in just to break up the monotony. Hell, you don’t even care if all they want is directions to a restaurant in the vicinity. At least it would be something to do. 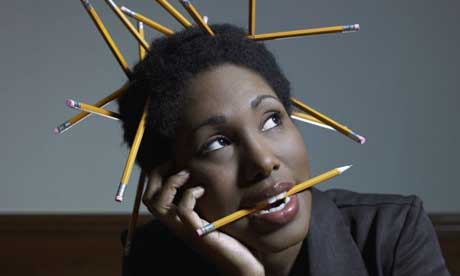 Sometimes this “too much free time at work” syndrome, which I believe is the technical term for it, begins to birth a series of “seemed like a good idea at the time” ideas. Case and point, while working in a clothing store, on one exceptionally slow evening, I suggested to my co-workers that we have a cross dressed fashion show. All the blokes tried on the new line of women’s clothes and the women tried on the men’s clothes. It would have been fine too had one of us had the foresight to recommend we not all try on clothes at the same time. A customers appeared at the front doors and I was the only one not in the dressing rooms at the time. I felt a little funny walking up to her wearing a light blue full length skirt asking if I could help her. She was a good sport about it. I did tell her how comfy it was and highly recommended that she try one on. She bought two! She also suggested I might want to try the earth toned brown one instead of the light blue one next time though.

Occasionally though, one of these ideas becomes so enticing that you can’t help but start developing it into a full fledged working experiment. The plan is so intensive that you find yourself working on it while at work, realizing that not working at work can be a lot more work than actually working, but it’s not nearly as fun.

I started thinking about all they types of jobs that are out there that this type of situation might occur. I mean sure, department stores is an obvious one. The there is lawyer, or doctor, or librarian, or politician… yeah I could see it happening there as well, then again maybe you just start drinking more on the job instead. What about carnival workers though? Of course, that’s not even trying. How about a baboon trainer? Sure, I don’t see why not. It would seem that any and every job might carry with it the occasional down time where the “too much free time at work” syndrome. And sometimes the ideas are so grand that you just have to do it for the sake of seeing it done.

Here’s an example of what I mean… just look what can happen when sheep herders find themselves with a little “too much free time at work”:

Brilliance happens around us every day. Sometimes that brilliance is something as simple as sheep wearing led lights at night, but it becomes a type of magic in its own right. And to you skeptics, let me borrow a few words of one Mr. Pratchett, who once wrote, “Just because you know how something is done doesn’t mean it’s not magic.”

What have been some of your best ideas as a result of “too much free time at work”? What is your ratio of these ideas that have fallen into the “seemed like a good idea at the time” category? For me, it’s probably about 50 to 1, but that might be a bit conservative.