by Richard Timothy | Feb 4, 2011 | I Do Suggest, I Think There's a Point, My List of Things that Don't Suck, Non-Fiction, Observationally Speaking, Working Observations | 2 comments 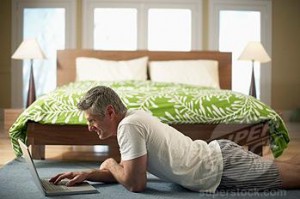 I found this delightful little antidote the other day and shared it on my Facebook wall. I liked it because for me it was so resoundingly true every time I work at home. The clever observation was, “I worked from home the other day and got a lot of stuff done, which has led me to the conclusion that pants limit productivity.” I was going to leave it at that until a friendly, well, friend commented, “I hope there’s a smirk coming for this one.” In truth, up until I read that comment there was no… actually there was a Smirk in the works, it just wasn’t about that. However, thanks to Sarah’s comment, I gave it some thought …

Now I’m not sure why, but there seems to be the expectation that when you work from home, the last thing you put on is your pants, and that is usually around noon, but only if you are leaving the house for lunch. Otherwise, the pants get put on just before the misses gets home. This brings me to an interesting point, working at home without pants on is typically a male tradition, women prefer sweats or pajama bottoms instead, and since men are the pantless performers of the working from home stage, our only pant wearing requirement is at the curtain call at the end of the day, when the wife gets home. 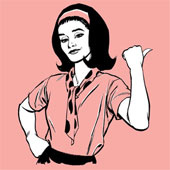 Usually, it’s one of those things women don’t get, but men do. We really can’t describe why we get it and can’t comprehend for the life of us why women don’t. When we emerge triumphantly from our home office without any pants on after a fully productive day, women don’t care; they just shake their head and order us to, “Put on some pants.”

So why is it that I’m more productive when I’m not wearing pants? Here’s what I’ve come up…

Reason 1: A Cooler Self Increases Energy and Alertness
I am of the belief that when the temperature rises, my vigor and productivity wane. The warmer it gets the more I feel like I’m being wrapped up in a preheated blanket that has just been pulled out of the dryer, accompanied with the mental euphoria I get when eating a piece of fresh homemade bread that has just come out of the oven, which instantly begins melt the butter as soon as the butter touches it. See just the thought of that level of warmth gets me feeling a bit lethargic. Well that and makes me want to call my dad to see if he’s baked any of his homemade bread this week. 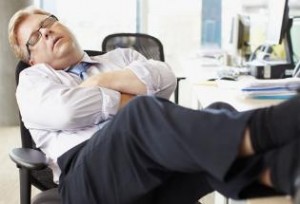 The warmer it gets the more I just want to nap out for a bit, and pants, they add insulation to the body’s natural thermostat, warming you up with fewer surfaces to vent out the constant heat your body is creating. Now let’s remove the pants… ah that’s much better. I’m not overheating at all. Actually, I’m cooling down quite nicely, which transforms me into being more awake and more energized, hence crating a higher level or productivity.

Reason 2: Physical Constriction Leads to Mental Constriction
According to my personal experience, when a part of the body is constricted that feeling transfers to the brain and then back to the entire body. If I am wearing jeans the natural outcome in the manner in which they fit around the body is to bunch up, either around the back of my knees when my legs are bent, or, and most commonly, around my unmentionables. I have to keep standing up and pulling my pant legs down to remove that uncomfortable restrictive feeling. The problem is that when you wear pants, even pants that fit perfectly or pants that are too baggy or too tight, the constant pulling up or down, or unbunching this or rearranging that, your body is very constricted, which translated into a restrictive work flow.

Remove the pants and you remove this anti-work block. If you remove the element that is hindering your ability to focus on your work, you become more focused on what you need to get done. Your mind isn’t constantly distracted from your work because something doesn’t feel right, or is simply uncomfortable. Removing the pants means reinforced focus to your work. 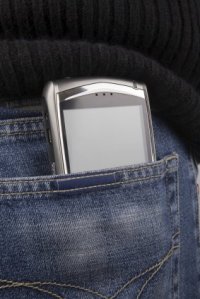 Pockets hold distractions. Don’t get me wrong, they are very handy at the right time, in the right place, say like when you win at slots and all those coins start pouring out. The more pockets you have the more coins you can carry. However, when it comes to working, pockets seem to hold nothing but distractions. Cell phones for instance, a lot of people store them in their pocket or in little holsters attached to their pants, usually by means of a belt. Then the phone goes off people not only stop working, but it takes a while for them to readjust their entire body to be able to get access to their phone. This is a constant distraction from work for many, not just the phone, but the digging around for the phone in your pocket and then the rearranging of one’s seated working position to put the phone back.

Let’s take the phone out of the equation. I am a firm supporter of using the pocket function on my pants… I put things in them all the time. Just yesterday as I was at work I leaned back in my chair to stretch and my hands brushed against my front pockets and I felt a bump. I had put something in my pocket… what was it? Now I had to investigate… oh yeah my voice recorder. I have a little hand held voice recorder for ideas… Smirks, stories, funny thoughts, something I need to remember to do, and so on. I get some rather grand ideas when driving from time to time, and pulling over to jot them down or hoping I still remember them by the time I get home has proven to be a less than efficient way to keep those thoughts… that’s why the recorder.

Turns out I had three messages on the thing with no recollection as to what they might be. So clearly I had to distract myself from work long enough to listen to those messages. The first one was a success, because I had remembered to take the trash out. The other two were possible Smirk topics, which I made a note of. Now had I not been wearing pants I would not have had any pockets, and without pockets comes the lack of having things in pockets… long story long, the ability to get distracted is greatly reduced without pockets, and if you don’t wear pants you don’t have pockets and you remain more focused on your work.

Sure some people are going to suggest that the reason people get more done working at home is a result of few interruptions, but let me just point out that if you let people come to work without any pants on then people would interrupt you a lot less at work too… see, once again the “no pants” work ethic prevails. 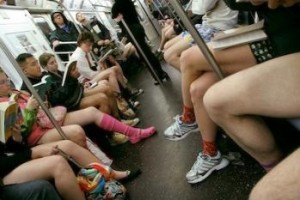 I’m not saying these reasons are grounds for the business office attire standards around the world to change, but when it comes to working at home, these are pretty legitimate reasons for why I feel I’m more productive working without any pants on verses working at home with pants on… or working at work with pants on for that matter. I’m sure the same reasoning still applies; the only trouble is that if it became a standard some people would find the prospect of working in an office with a “pants optional” dress code a bit distracting. I would like to point out that if your gripe is that guys might go out of their way to distract a coworker that they fancy, pants aren’t going to make a lot of difference. You already know who those people are and they are already distracting the coworkers they fancy… ok thongs might be an issue, but that’s the reason for a dress code damn it.

It’s not a perfect science just yet, but I still believe there are some valid supporting points. If you are a supporter of the “no pants increases work productivity” work ethic I’d be curious to hear some of your reasons for increased productivity when you work from home pants free… or did I cover it well enough?