This NOT the Season, So Quit It!

I had almost finished this week’s Smirk about some of the differences I’ve noticed between men and women when watching television. I only had a few thoughts and one tangent left to finish up and this week’s Smirk would have been all done are ready for you to enjoy. But no! Instead I had to go to Costco on my way to work today for the sake of picking up a treat for everyone at work in celebration of those who have had a birthday this month, and it was there that today’s Smirk caught my eye.

Since I have not experienced a Costco in any other place but Utah, let me just start out by stating the obvious, Costco in Utah is scary. Don’t get me wrong, it’s delightful as well, but it’s still scary. It is the only store I’ve seen where the parking lot begins to fill up before it opens and people have their carts at the ready, waiting for the doors to open on any given morning. How do I know this? Because I have been one of those people. 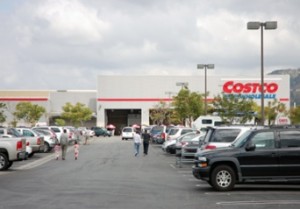 Don’t worry I don’t have a Costco-obsessive personality. It’s just that occasionally I’ll go there to get treats for the birthday treat day for work. Instead of going right to work I go directly to Costco and wait for them to open so that I can get the goodies. Then once I get to work, I pass out the treats, getting everyone all jacked up on sugar and remind them to be professional when they are on the phone with the customer. It reminds me when parents who give their kids a basket of chocolate on Easter and let them consume as much of it as they can before going to church and then demand that they child behave.

Everything was going fine when I walked into the store. I kept to the outside perimeter and made my way back to the baked goods. After I loaded up my cart with five dozen mega-sized-you-could-make-an-entire-meal-out-of-one-of-just-one-of-these muffins, I made my way through the innards of the store toward the checkout lines. It was during this journey back that my appreciation for Costco plummeted to an all-time low. There, filling up one of the middle isles, was a collection of decorations … for Christmas! They were already starting to capitalize on Christmas during the second to last week of August! AUGUST! Seriously, what the hell Costco? 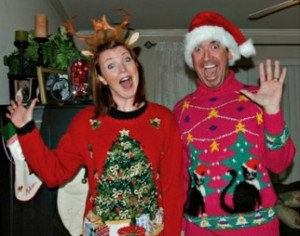 I understand getting the store all ready for the holidays at the beginning of November. I’ll even let it slide when people dress up in ugly Christmas sweaters (as if there was another kind), put on a Santa costume or a Christmas tree outfit and got trick-or-treating for Halloween. But when you start selling Christmas decorations a isle away from the “Back to School” supplies the same week that kids go back to school … you’ve got a problem.

I suppose I could always make up a false conspiracy theory about this situation … ahem … According to my sources the Catholic Church has recently become the majority shareholder for Costco. The motivation for this is because the Church has always been a little annoyed that their attempts to cover up Halloween with some made up religious equivalent thus getting credit for the holiday instead of the Pagans failed repeatedly. By becoming the majority shareholder in a variety of department stores they can begin exploiting Christmas four months early, which reduces the space available for Halloween related items, thus slowly pushing Halloween out of the public eye, causing it to lose some of its power over the masses. Over time the Church will once again attempt to Christianize the holiday currently known as Halloween, thus achieving the only item on the “To do” list of their original manifesto that has not yet been checked off. The first Pope to accomplish this will receive the coveted “Halloweenus Overus” ring that and yet to be worn by any member of the faith since its initial creation in 609 A.D.

Hey, as far as conspiracy theories go, I’ve have definitely made up worse, and heard a lot crazier. 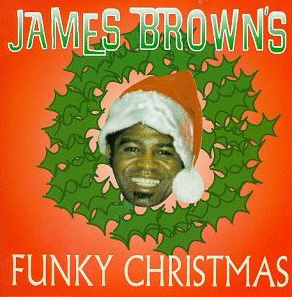 At least they were not playing holiday music. Had that happened I would most likely have spent the day at home, hiding in the fetal position under a blanket my mom make for me when I was a kid, while softly crying and humming the “The Great Song of Indifference” by Bob Geldof in hopes that it would bring me out of my pre-preholiday funk. Instead we all get this, today’s Smirk. So, I guess … thanks Costco? No, that still doesn’t feel right. It’s still a little too soon.

So am I off base here, or do you think August is a little early to start stocking the shelves with Christmas décor?