by Richard Timothy | Nov 19, 2009 | Fiction, Made-up Movie Reviews, Something I Know Nothing About | 1 comment 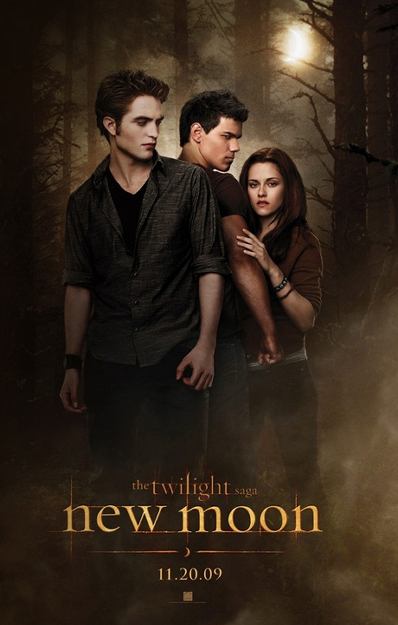 It’s time again for a made up movie review, and what better film to review than the upcoming sequel to the Twilight movie Twilight 2, The… um… The Shinning. What? I was told the fangy people start shinning when they become happy. Wait, actually I think that was Stardust.

Regardless the new title this new Twilight film, this movie has everything you could want in a monster film. There are vampires, werewolves, pygmies, Bruce Campbell, pagans, clowns, killer rabbits, and young republicans.

The film starts out with Bev, or… Betty? Just a sec let me look it up… Bella! Right, so Belle is working at the local animal shelter. Bella’s supervisor Bruce brings in a little bunny with a broken leg, telling her he rescued it from a local farmers rabbit trap, and asks her to mend it’s leg.

After putting a cast on the bunny, Bella is overcome by the bunnies softness and 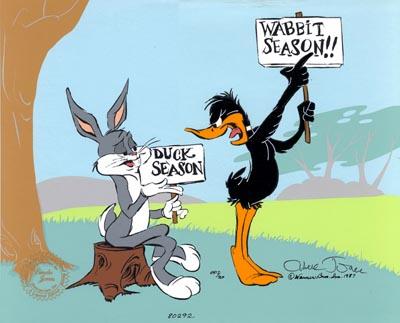 adorable nose wiggling skills and gives it a kiss. The bunny then it turns into a very attractive yet naked prince. Prince, um, Albert thanks Bella for removing his curse, and explains that months ago an evil witch turned him into a rabbit because he accidentally dropped a house on the witch’s sister. Granted, it was only a doll house, but the witch’s sister was in the form of a mouse at the time. The witch turned him into a rabbit because duck season had just ended and rabbit season was about to start.

As Bella listened to his story, the full moon comes out and to her horror and fascination the prince turns into a wolf of the were variety, which apparently means he just turns into a aggressively husky sized wolf. He howls, then snarls, then sniffs Bella, licks her nose and dramatically jumps through a window and runs back to his werewolf kingdom.

The next day Bella’s ex boyfriend, the sparkly vampire, hmm… Robert something, hell, we’ll just call him Bob, shows up to see if she might want to go to the prom with him since neither one of them had a date yet. As he gets close to her, he smells Albert’s saliva on her face. This causes Bob to start acting all pouty and uninterested in anything other than listening to The Cure and Depeche Mode. He also joins the after school theater club, but after getting passed up for the role of Dracula in the upcoming performance of Transylvania 6-5000, he acquires an addiction to Robitussin cough syrup.

Bella begins acting depressed in hopes that the cool kids that act depressed all the time might notice her and ultimately result in her getting asked to the prom. After being rejected by the cool kids pretending to be depressed she goes to an 80’s themed record store to get some sage like advice from the older lady working behind the counter. After listening to a song by Otis Redding she decides to go to the prom alone.

She arrives in a pink dress that she bought from a second hand store and then cut up and stitched back together creating a completely new dress. Albert meets her at the doors, in prince form, and tells her that he has always fancied her and would be honored if she would go to the prom with him. He then adds, “Oh, and I took some E about an hour ago so I’m totally going to start tripping soon.” Belle gets a little emotional, meaning she smiles, and kisses Albert. They then walk into the prom together.

The gymnasium is full of young republicans, who have already spiked the punch, and teachers dressed like clowns because the apparent theme for the prom that year was “The Carnival of Your Life.”

After consuming 3 bottles of Robitussin, Bob agrees to be dragged to the prom by all his other vampire friends. When Bob sees Albert with Bella he begins to cry loudly and openly in front of everyone. The vampire kids start getting embarrassed and the werewolf kids start laughing at the vampire kids. All the young republicans start clapping because they are not the ones being laughed at and want to fit in. Bob, realizing that people are laughing at him, becomes filled with teenage angst and walks up to Albert with fire in his eyes.

Bella tries to stand between them, but Albert pushes her aside, telling her that it’s a personal matter that is between him and Bob. As Bob gets up to Albert the excess of cough syrup in his system hits his gag reflex and he starts unloading a belly full of cough syrup on to Albert’s Hush Puppies. Albert yells, “Dude! Those were brand new!” Just then the moon comes from behind a cloud and shines on Albert, who instantly turns into a werewolf.

All the people who have not drank any punch scream and run away. The ones who have been drinking the punch stay close to the punch drinking more of it and ignoring everyone else. The vampires gather behind Bob, and as Albert snarls at Bob, Bob starts giggling profusely, due to the hallucinogenic effects of the cough syrup. Albert sniffs at Bob, trying to gauge the current threat level, and as he does Bob licks Albert on the nose. 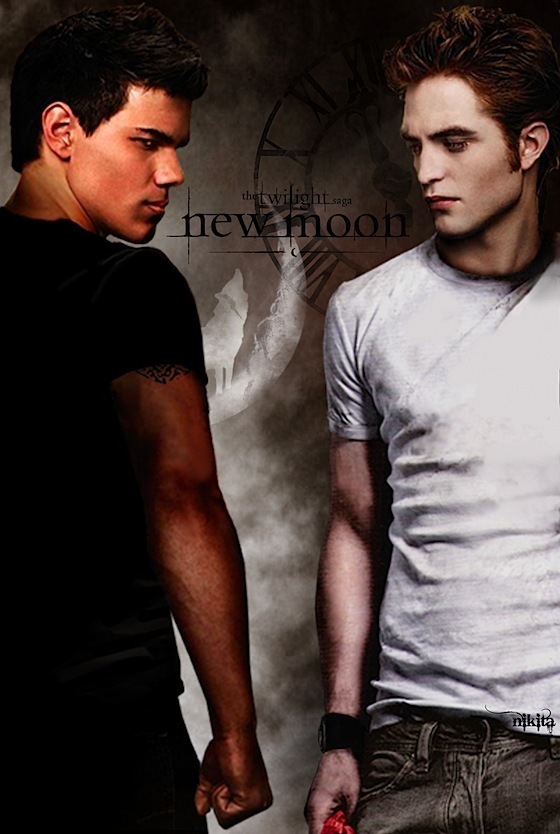 Albert’s E is now in full affect and the sensation of Bob’s tongue on his wolf nose is so amazing that he begins licking Bob’s face. Soon the two are locked like lovers and rolling around the floor making out. All the others vampires and werewolves stare at the scene both baffled and oddly aroused by what they are witnessing. The hate is instantly broken. They start hugging and ask one another to sign their year books.

Fortunately Ducky had his Flip video recorder with him and recorded the whole make out session and put it on YouTube.

After only two days the video is viral with over 30 million hits. Albert and Bob are both invited to appear on Letterman to talk about how they overcame their hatred for one each other and began healing two groups of people like creatures who had been fighting for centuries. They both thanked Bella for bringing them together and wished her a life of happiness. 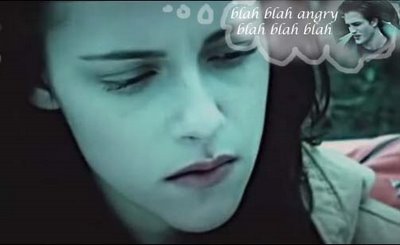 The movie ends with Bella, sitting in the animal shelter, watching the interview. She’s still in her pink dress, which has not been washed in weeks, and has gained about ten pounds. The television explodes and as the smoke clears there is a wooden crossbow bolt sticking through the smoldering tv set. Bruce, her manager, walks up to her and hands her two six shooters and a box full of bullets saying, “They’re all silver, baby.”

Bella thanks him and heads for the door. As she walks into the darkness she whispers to herself, “Now all I need is the Ring of Mordor and my revenge can begin.”