The Best Gift an Ex can Give 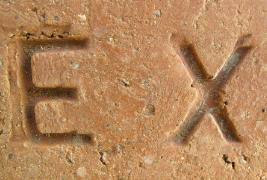 Today’s Smirk was inspired by a conversation I had with a friend of mine, who, muck like 50% of the people in the US who have signed up for a life of legal partnerships, has walked away from the experience with a permanent “ex” attached to his life. And even though his ex no longer share’s his last name, she has an interactive role in his life due to the three children they had together.

Well, a few weeks ago my friend, Carlton, gets a call from his ex-wife’s current husband Fred. Yes, the ex, Becky, did manage to remarry. Fred was calling to let Carlton know about a little hiccup Fred and Becky had gotten into.

Turns out Fred was in the process of trying to get full custody of his own kids from his previous marriage. Apparently Fred’s ex was a bit crazy and quite unfit, according to Fred, to be raising his kids half the time. Because he used words like “mentally unfit” and “psychologically unbalanced” Fred’s ex was required by the state to take a psychological test to see if she was mentally equipped enough to be raising any children. 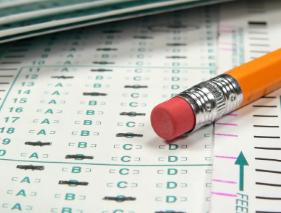 This also meant is that Fred and Becky were required by the state to take the same test to show that they were mentally fit to care for Fred’s kids full time. I like that the state requires this. It only seems fair that you should have to prove that you are not the loony one when you are trying to get your kids away from someone who you claim is. Fred went on to explain that the reason for the call was because Carlton’s ex, Becky, had scored a little low on the test.

Turns out “a little low” translated into Carlton’s ex-wife achieving the all-time lowest score on the test in the history of the state. It was so low, in fact, that the state was sure it was an error, something must have gone wrong with the scoring… grading… anything… it was impossible that she scored as low as she did, so they were going to let her take it again. Fred’s call was a courtesy call mostly because, if she failed the test again, there was a very good possibility Carlton would be getting his own kids full time.

When I asked Carlton what he thought about the whole thing, he replied, “I have mixed feelings. On one hand, taking the kids full time will definitely be a change to my schedule, which will take some getting used to. On the other hand, I’ve been saying for years ‘that bitch is crazy’ and now it looks like the state might finally be legally agreeing with me, so that feels pretty good.” 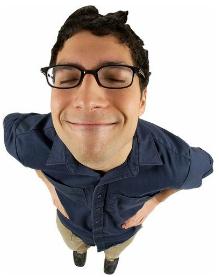 I told him he must have been a very good boy this year because it appeared he was getting his Christmas gift a little early. Talk about the perfect unintentional gift from your ex, and it didn’t cost him a thing… well, except for maybe a crazy ex-wife, but I think he’s willing to live with that, mainly because he doesn’t live with her.

Poor Fred though. It’s got to suck not being able to get your kids away from your crazy ex-wife because your current wife turns out to be even crazier… huh?… it would appear Fred certainly has a type.

Coincidence or karma? I can’t say I care, but I do know this, from now on, until the day he dies, every time Carlton says, “… my crazy ex-wife,” he is going to have a genuine smile on his face, even if it took ten years to get there.

To those of you with an ex, what would be the perfect gift from them?