The Ansonian Wine Party… but first, How to Make Friends

by Richard Timothy | Apr 12, 2010 | Adolescent Shenanigans, Confessed Confidentially, I Think There's a Point, My List of Things that Don't Suck, Non-Fiction, Observationally Speaking, Something to Wine About, When I Was a Kid | 4 comments 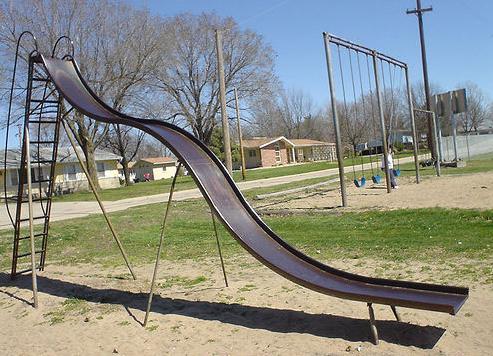 So I had one of my best friends visiting from out of town this weekend, which is always a grand time. We have known each other since I broke his collar bone during recess in kindergarten and we’ve just sort of been friends ever since. Look, it wasn’t my fault. Ok, it was, but it was not intentional. I was 5 and I had just recently been introduced to the magical devices known as slides. It was a big slide too. It was your standard straight run slide with an accelerator hump half way down. It was steel, shiny, and obviously a gift from the gods. Apparently Zeus had shagged one of the locals and at some point blessed that child and all generations of that child with this brilliant gift of sliding perfection.

One of the things you could always count on in kindergarten was the b-line all the kids made to that slide once the recess bell rang. Kids would like climb up the two story ladder, which was probably about 6 feet up, but when you are only half the size of an adult Ewok a ladder that high is only about three steps shy of being able to grab the moon so you can use it to play catch. This slide was Mount Olympus, and then you got to the top you would look over all of the known world. 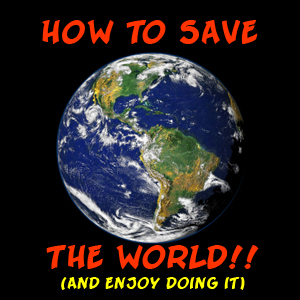 Apparently, on the day of the event I was a little imaginationly blinded. I saw the top of the slide as the one place on the planet that had to be at, as soon as humanly possible. If I was not on the ladder platform, the world was going to explode. The off switch was on the top of the slide platform and I was the only one who knew exactly where it was. I had to save everyone on the planet. So I pushed and stepped and climbed over, around and on the other kids climbing the ladder to the top of the slide so that I could get to the top. Once there I pushed the Cancel World Destruction button and saved the planet. Then I had to slide down before the platform dissolved making it impossible for anyone to ever push the Earth Self Destruct button ever again.

As my feet hit the ground I made an explosion noise and jumped away from the slide. I was safe! But something wasn’t right. There was a congregation of kids gathered around the slide, but none of them were trying to get on the slide. No, this was a group of kids trying to get a look at something that had just happened on the ground. When I got closer to see what was happening, I was greeted with a flank of little fingers pointing at me yelling, “You did it!” This was not the “Hooray you just saved us all” meaning of “You did it!” No, this was the “It’s all your fault.” translation accompanied by the finger of blame. I had no idea what they were talking about, but I did notice there was a kid lying on the ground a little dazed and a teacher was picking him up and rushing him to the small school building we had class in. 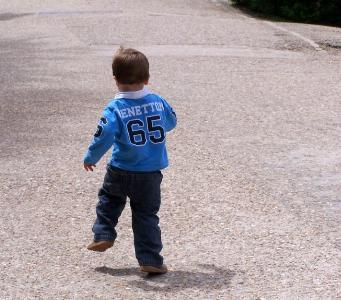 As I faced the horde of my peers taunting me with blame, and telling me I had just pushed Anson off the top of the slide, and that my teacher was going to find out, and that I would going to have to go to the principal’s office, and was going to get a spanking, and that they were going to call my parents and tell on me, I did what any hero who had just save all those people and the Earth would do, I started crying. Then I tried running away. The problem I discovered with being 5 and trying to flee the scene of a crime is… short legs. You can run has fast as you can, but you really don’t get that far.

Because I was the unintentional assailant of the whole affair part of my punishment was to face the person I had so carelessly pushed off the slide and apologize. I still claimed that I didn’t do it. I mean I honestly did not see him. The 30 eye witnesses saying contrary sealed my blame. So when my mom took me to see Anson and told me to apologize to him, I did it. No questions asked, whether I agreed or not. 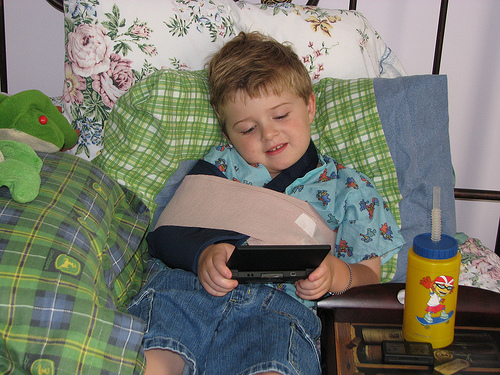 Anson responded in the only way a 5 year old wearing a new cast knows how when confronted by another kid of the same age. He handed me a marker and let me draw on his arm sling. Our parents took this as a good sign that the apology was accepted, and we, not sure what apology really meant, were way past talking about broken bones and were now discussing the finer points of spaceship themed Legos. And it just sort of kept going from there. Now, 31 years later we’re still going strong, and I always try to make sure I buy him Legos for his birthday.

So now, since we has moved to Iowa to teach 3D animation, he has a sort of yearly ceremony where, when spring break rolls around he takes advantage of the off week and pops by Utah for a week of play, party, and possible parental visits. Meaning he possibly visits his parents if there’s time and not that he visits people that might possibly be his parents. He does have a lot of family in the area, so it’s always a good trip for him to catch up with friends and family. During this time my brother and I will always take at least one day (sometimes more) off of work to hang out and catch up.

There are always three things that always happen when he visits. One is that we go out and eat epic amounts of sushi for dinner one of the nights he in town. Second, we always watch at least one MST (or MST subsidiary). And last, we have a party. As it worked out, we were having the monthly wine party the same Saturday that he was going to be in town. Granted it worked out that way because we planned it that way, but when given the opportunity to go with a “happenstance” explanation vs. a “we planned it that way” explanation, I’m usually going to go with the “and it just so happened that…” version of the story. 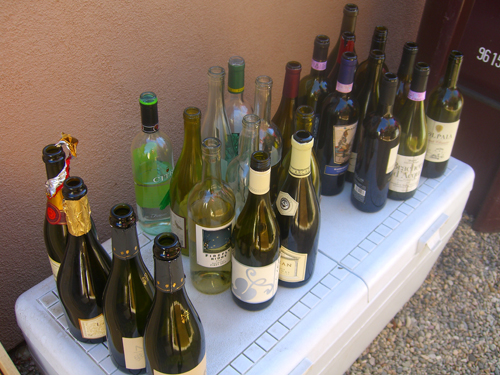 The Anson wine party was brilliant, and I’m tickled with the new people that are becoming more regular wine party attendees. Although, I did experience a wine party first this past party. We actually had some wine left over. In the four or five years we’ve been doing it, it’s never happened. I mean sure there have been cases were there was one or two half bottles left by the time people were sober enough to drive home. But as it turned out, we had 5 unopened bottles left! When I got up Sunday morning I walked downstairs and saw the dinner table covered with wine bottles. Then, I noticed it. There was only one at first, but as I started examining the collection of empty bottles I found that there were 2, no 3, no 4, no 5… yes 5! There were 5 bottles of unopened wine. Ha ha ha. (Count von Count would be so proud.)

Traditionally the recommendation for our wine party is to bring a side dish to share and bottle of wine for people to try. This applies to couples and singles, meaning that if you come as a couple you bring a bottle and if you come alone you bring a bottle. What happened is that people were in a “let’s try wine” mood. Instead of one bottle per couple, we had each person bring a bottle. We even had one friend bring three bottles just from him, the little sweetheart. I tried too. We were all for trying every wine that graced our presence that evening, but I’ll tell you, after 16 bottles of wine, and one small bottle of 12 year old scotch we reached a universal “I’m done” point in the evening 5 bottle shy of completion.

As for the wine of the month, I believe I’m going to have to go with the 2007 Trapiche Broquel Malbec, although we did have a 2008 there as well. Both were yummy, but if given the choice, I recommend the 2007 over the 2008. It’s an Argentinean red wine that upon the first sip, asks your mouth if you’d like to dance the tango. I recommend that you speak for your mouth when this happens by nodding yes and then take another sip. After the third swallow of this wine your tongue will stop prancing around your mouth and begin to get the hang of the rhythm the wine and tongue need to make together to fully enjoy all of the flavors and depth that this wine brings to the table. At only $14 a bottle, it’s a fabulous wine for a very reasonable price.

I did have one kind of, sort of epiphany like thought during the night. One friend brought me a wine in hopes that I could save it. He claimed it was one of the worst wines he has ever tasted, ass wine if you will, and wanted it out of his house forever. He thought it was sacrilege to just dump it. So he was hoping I could work some of my drink mixing magic and get it to a point where people might actually enjoy drinking it. Well I do love a good challenge and after 2 lemons, some strawberries and pineapple, a hint of honey, and a handful of a cinnamon and sugar the wine abomination did become quite drinkable, in a “no too bad” kind of way. 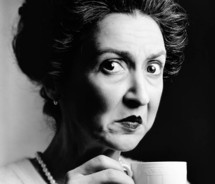 Well when my little sister arrived someone handed her a wine glass that had a tiny bit of the pre-surgery ass wine. Her face, after tasting the wine, announced to everyone in the house that she agreed that it was one of the worst wines every made. The thing was that every other wine she tried that night was “fabulous” according to her. So this was my though, if you are sharing wine with someone who is trying to work their way up to drinking and appreciating more wine, a tiny sample of ass wine might be helpful. For the sheer fact that anything else you try the rest of the night is going to be so monumentally better that you sort of shock a struggling palate into appreciation. I think it could work, then again it just might be one of the “seems like a good idea at the time” ideas, and we all know how those usually end.

As with all my wine reviews, what are some of your wine suggestions? I’d love to hear them… the good I mean. Thanks.