by Richard Timothy | Dec 10, 2009 | I Think There's a Point, My List of Things that Don't Suck, Observationally Speaking, Utahism | 1 comment 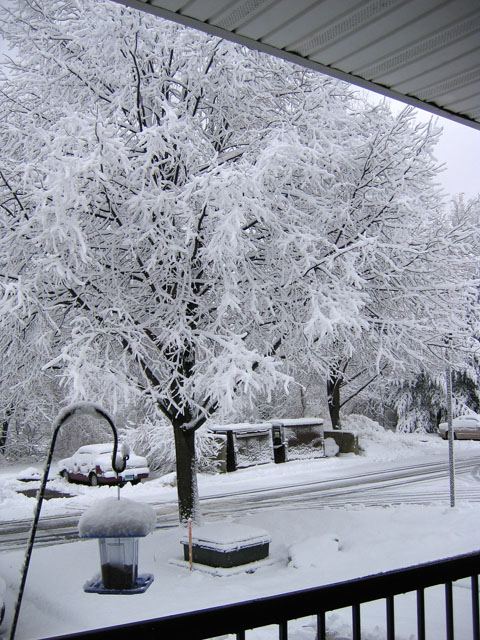 Damn snow! Yesterday brought our first big snow storm of the year, which resulted in about 12 to 14 inches of crystallized fluff violating everything with miles. For some of you, I’m sure that much snow is the breakfast equivalent of that thin layer of powdered sugar sprinkled over your order of French toast or flap jacks, you know, based on the big picture. But for me, let’s just say that fluffy white stuff just pisses me off.

I’ve always felt it was some sick sadistic cosmic joke that I was born in Wyoming, and have such an utter lack of appreciation for snow. I moved when I got the chance and eventually I got to Utah, and even though they claim, “the greatest snow on earth” it does not mean the most snow on earth. The winters here are a hell of a lot more mild than the ones I had to suffer through in Wyoming. Not to mention, the school system in Wyoming has no concept of “Snow Day.” In 12 years of going to school there, the only time we ever got out of school because of the weather was because it was 45 below and we got to go home half a day early. But the next day it was only 40 below so everyone was required to be back in school.

I’ve had a few of my snow lovin’ freak friends suggest that I try winter activities to help me enjoy the winter more. I usually punch them then they make this suggestion, well at the very least I infer that then they get home I hope their mother crawls out from under their porch and bites them on the leg. Not to mention I have a winter hobby, to stay inside as much as humanly possible. 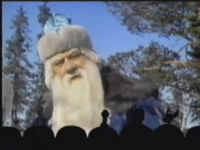 My problem with winter, and snow, and ice, and all the crap that goes along with it is the cold. If snow wasn’t, well, frozen I think I could actually find myself participating in some of those winter pastimes. Sadly, I have an immense distaste for the cold, actually make that the frozen… whether I mean, cold drinks I’m a big fan of, and were would be if we had not ice cubes for our margaritas on the rocks. I’ll tell you, we’d be drinking something else and there would be a lot more dignity in the world because there would be a lot less stories in the world that begin with, “No margarita for me, I don’t drink tequila any more…” Still, when it comes to a frozen wonderland, seriously Jack Frost, bugger off!

I get that snow is a necessity for this planet. And yes, I will concede that it is pretty, at least it use to be. It use to be that the first snowfall of the year would make me go, “Ohhh, pretty.” Not so much anymore. Not the first snowfall makes me go, “DAMNIT!” and I get all grumpy. Although, I can look at pictures for snow capped mountains or photo’s of winter scenes and agree they are pretty, but I’d never want to go there, at least while the snow was there.

So you can imagine my joy when I open the garage yesterday morning to head to work and saw 14 inches of snow covering my entire driveway. And for the record, this is nothing like putting a bee in ones bonnet, it’s more like putting a popsicles up your… no… sun… place, which I would consider much worse… unless of course you are allergic to bees, in which case, fine you win. 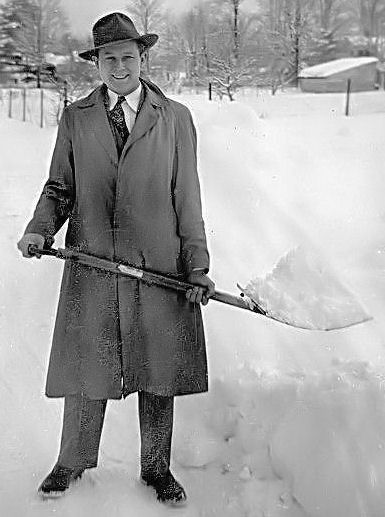 The snow shoveling would not have been that big of a deal if it were not for the fact that we live in a cul-de-sac, meaning the city will not plow there. It only took about 40 minutes to shovel out my driveway, which wasn’t that big of a deal. The problem was the road beyond it. It was just as saturated with snow, except for the area where the cul-de-sac meets the main thru road. The snow plows were kind enough to add an additional 8 to 10 inches of compacted snow right at that T section, helping to block any possible chance my car had of escaping the cul-de-sac so that I could get to work.

Filled with that, “I’ve got to get to work” feeling I started shoveling the road, hoping that in some small way it would make enough difference so that I could get enough of a running start to push though the fortress of snow blocking my waiting commute. After an additional thirty minutes of shoveling, my lower back was screaming a slew of profanities at me, and I conceded to Mother Nature, that relentless bitch, and called the day what it have finally become… a snow day. But not the kind of snow day that suggests that I would actually be engaging in day of snowish activities, no I mean the type of snow day where you do your very best to avoid touching any more snow than you possibly have to.

Once back into the house, called work. I told them I’d be working from home a much as I could and that I would not be able to make it in. I then downed five ibuprofen, ate a piece of toast, when upstairs, got out of my half frozen clothes and took a very hot bath and let my back soak in some liquid sunshine. Once I was warmed up enough, I took a little nap. 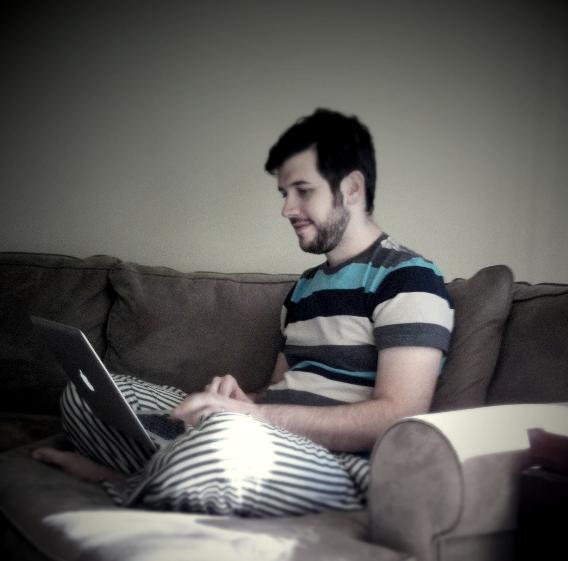 Once I got back up, it was time to work… in my pajamas and slippers! I listened to Frank without wearing any headphones and sang along at the top of my lungs. I ate lunch sitting on my couch, watching a collection of RiffTrax shorts. And I didn’t have to drive on frozen roads in traffic to get home when I was done. Yeah it was one of the best work days I’ve ever had. So, still with in some protest let me say, thanks nature. Your relentless, yet necessary, distribution of frozen water made for a pretty damn cool Tuesday, no pun intended.

What are some of your favorite ‘Snow Day’ experiences? If you got caught in this storm, how did your day go?