Scouting for the Right Word 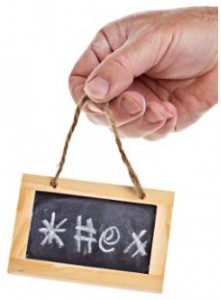 I was reading a blog the other day by a British lady living in Italy with her dog Pooch. The piece I was reading was about her affinity for profanity, which I can relate to with much gusto and curseology… curseitude… some damn word relating to cursing. Now perhaps it’s the adorability of remembering when little kids swear that is keeping me on this profane topic for two Smirks in a row. Also, it may seem a bit odd that someone who has such an appreciation for profanity uses it so little in his blog, and the reason is… beats the hell out of me, it’s just how I’ve chosen to write my Smirks.

The point is this blog post reminded me of a story from years past that happened to my brother while he was working at a scout camp one summer, and I think my UK friends/readers might appreciate this. 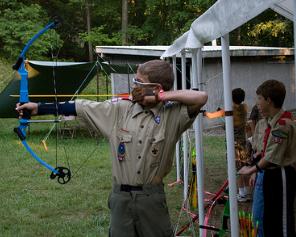 My brother Dave spent the summer at a huge Boy Scout summer camp ground where scouts from all over the US would come to spend a week camping and pumping out merit badges like Disney pumps out direct to DVD sequels to their box office feature length originals. To help with the monotony of doing the same thing day after day, the older boys working at the camp got to work at multiple merit badge booths. As it turned out there was a sort of exchange student there for about six weeks helping out. He was from the UK. So there was a certain amount of fascination about him due to his exotic sounding accent.

Well, one day, at the archery booth on kid pulled back the string of his bow with a bit of excitable fervor just as another boy was walking behind him. The boy behind him received a swift elbow to the nose, which resulted in a few screams and a waterfall of blood pouring from the boy’s nose.

As one of the supervisors rushed over to help the boy, they were quickly surrounded by a horde of little scouts, all of which were yelling, “He’s got a bloody nose! He’s got a bloody nose!” Dave was there trying to get the other scouts to calm down and to give the boy some breathing room. As all of this was happening the boy from Britain came walking by and heard the fevered exclamations from all the little scouts about the boy with the bloody nose. 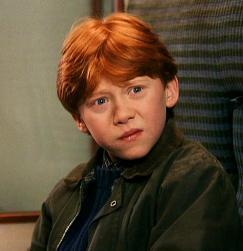 The British boy’s face distorted with confusion when he heard this chant. There was something incredibly wrong about what he was hearing and had to get close enough to see what was going on. As he got closer to the huddled scouts, he carefully looked over them to see the scene that everyone was yelling about. When he saw the boy’s face an expression of relief swept across his own face. Then he announced to everyone within ear shot, in a tone that was a touch chastising for making him worry, “It’s not a bloody nose, it’s a bleeding nose.”

Dave started laughing, which caused the other kids to start laughing as well. Not because they got it, but because they didn’t want anyone to know they didn’t get it. Eventually everyone calmed down as the bleeding nose stopped and soon everyone was back to shooting arrows for their Archery merit badge.

Ah, the diversity of the same language separated by the Atlantic Ocean. To this day, thanks to my brother’s shared account of that experience anytime I hear someone cry out “(He/She) has a bloody nose.” I start smiling, and make sure I inform at least one person it’s technically a bleeding one.

Sometimes it’s the unintentional lessons of others that stick with you the rest of your life… and for me, (pardon the borrowed Izzardism) “That’s just pretty damn cool man.”