Oh for the love of… Us 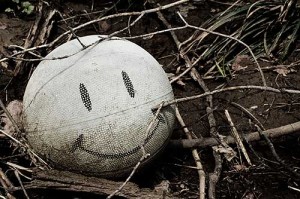 Today is one of my favorite days of the year, and it really only started three years ago. Granted, three years ago it was on a Saturday instead of a Wednesday, but it was a perfect morning. The sun was out fulfilling its autumn obligation to lightly cook the tree leaves from a vibrant spring green to an nice crunchy golden brown. The house was a flurry of activity that required me to leave the house so certain preparations could take place. Things like my sweetie-baby-cutie-pie putting on a dress… that I wasn’t allowed to see, until later that day. Yes the twenty-second of September is mine and Angela’s anniversary… mostly. 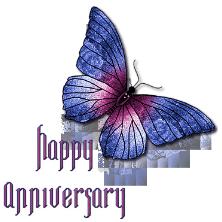 The thing about our anniversary is that it’s a two parter, since we got married one month after our 5th year anniversary of being together. So whenever I tell people it’s our anniversary I double digit it, as in, “Today is our 8/3 anniversary.” My view is that our first five years together are just as substantial and relationship defining as our three years married.

The one thing that our wedding did was give us a date that we could put on napkins and margarita glasses, which we gave to friends and family as a reminder of the day we invited them to be there while we proclaimed our commitment, love, and vows to each other to life, the universe and everything. See our anniversary prior to that was a little ambiguous. It was the month of August, as opposed to a specific day in that month. This was because pinpointing when we officially became official was officially different for each of us. I went with the early part of the month, because I had already made up my mind that I was committed to her… trouble is I never conveyed this in words. So when she asked me at the later portion of the month if we were officially exclusive and together, I gave her a loving ‘well duh’ look and explained I thought that’s what we had been doing the past few weeks.

I know people say that communication is a very important tool for staying together, which is true. However, I feel it is equally important to point out that it’s just as important tool in discovering if you are actually together or not in the first place.

Did getting married change anything? Yes and no. My perspective was that a wedding would in no way change, enhance, or alter my commitment, love, and devotion to her, and it didn’t. But I will say that apart from adding “wifey-pooh” to her pet name “sweetie-baby-cutie-pie” there was something that was there that wasn’t before. I couldn’t explain it… I still can’t, but there was something new, or maybe it was always there and I just didn’t notice it before. Angela noticed it too… truth is she noticed it first, but she usually does… it’s one of those Angela things. 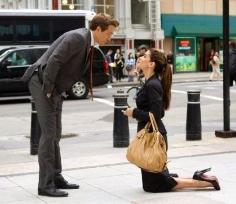 And just so there is not confusion on the matter, yes, she was the one that proposed. It’s not that I was opposed to marriage, it just that… well ok, it was that actually. I had no plans, goals, or needs to go through a man made ceremony that religious people claims means something that it doesn’t. And that is also used by some to change that bright red ‘don’t have sex’ light that had been glowing in their mind as long as they can remember, to a bright (Al) Green colored light that magically turned that what was a sin the day before into an acceptable and highly recommended way to spend an evening… morning… brunch… lunch… afternoon tea… well, you get the point.

I knew it was something Angela wanted though. Know why? Because she communicated it me. (See, again with that communication thing. Very, very helpful.) So I thought about it and what it would mean to her (because I didn’t see it meaning anything to me). I just wanted her to be happy. I eventually told her that too. And then one day, after she had gotten home from a three day event in California, and listening to a majority of the other women there explaining how their husbands had ‘let’ them come to the event, she walked up to me, gave me a kiss and said, “I think it’s time we start looking for a ring.” To which I retorted, “Ok.” And that was it, we were engaged.

I know it’s not terribly romantic… come to think of it, it’s not romantic in any way, shape, or form, but I think it worked out the only way if could for us. Plus, I love being able to tell her, “Thank you for asking me to marry you.” If you are married and have not said this before, or said it in a while, try it out. Hopefully saying it will make you as happy as it makes me. Of course you can switch it up a bit in the event that you were the asker as opposed to the askee. Still, give it a try. I hope it fits. 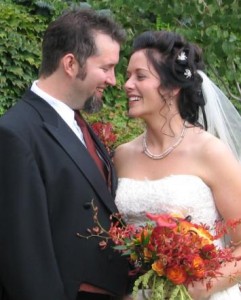 As for the wedding, it was one of the best parties I’ve ever been to, let alone thrown. And all of the credit for that goes to Angela, except the wine selection. I helped a great deal putting that together. The decorations were perfect. She had spent over a year planning, creating, and purchasing things that were on sale that she knew she’d use for the wedding, even if she wasn’t exactly sure how at the time of purchase. I knew that even though it was our wedding, it was her day. The thing about a wedding is that it’s commonly a day for the bride, and the mom’s. The men of a wedding cast are really just cute little penguin suited lawn ornaments that get to toast those who were there celebrating with them and look pretty as they waddle around in their uncomfortable suit. Oh and you get to kiss the beautiful bride every time people start making dinging noises using some utensil to lightly tap on the side of their glass, which was pretty cool. I’m a big fan of kissing my wife.

Since today is our official anniversary day, I started looking into what gift I could get her… no I am not waiting until the last minute, not completely. For our anniversary we are actually heading to Maui for a week, but that isn’t until the first week in October, so even those we have an anniversary getaway planned, it is going to be a little over a week until we get there. She was kind enough to warn me that she did get me a little something, so in repercussion I looked up to see what commemorates your eight year anniversary. 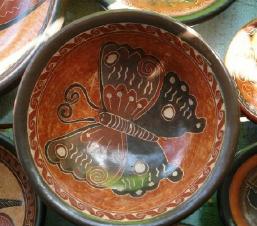 Apparently there are two lists now, the Tradition Gift List and the Modern Gift List, and just for the record, the Traditional Gift List sucks. For year one you have paper, year five is wood, and year eight is bronze or pottery. The Modern Gift list seems a bit more rewarding. Year one is clocks, year five is silverware, and year eight is linens or lace. Ok so maybe I didn’t pick the best examples. But in the Traditional list you only get diamonds on your 60th anniversary. On the Modern list you get diamonds for your 10th, 30th, and 60th anniversary. I do feel it is important to point out that these are suggestions and you do not have to follow them like ducklings following their mother across a country road. But if you need a suggestion, I think more people are going to be supportive of a list that suggests you give them diamonds at least three times in 60 years as opposed to just once.

So as part of my gift to my sweetie-baby-cutie-pie-wifey-pooh on our anniversary it to proclaim to the world, but mainly those of you reading, of my complete and total adoration and love for my wife, Angela. (This next bit is for her, but you are more than welcome to keep reading.) 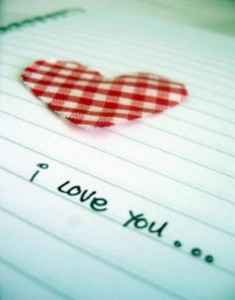 To my best friend, my love, my Angela,
I know it’s a cliché, but I figure since we both love wine a fermented analogy would be quite fitting. The longer we’re together, the better my life gets. Our lives are affected by our surroundings, our moods, our feelings, the trees, the seasons, the sun and moon, and with each passing year the flavor of our life together, becomes richer, fuller, and better than I could have ever imagined. I love your infectious laugh that fills our home. I love your ability to sing Bon Jovi at the top of your lungs while playing Rock Band with our friends. I love your melting smile and endless capacity to be just goofy enough so that our time together is full, true, and cheerful. I love that a day does not go by without us telling the other how much we love them. I love your drive and determination to change the world for the better, and to help remind others how to believe in themselves and dream again. I know I say this often, and it’s because it is always true and always there in front me… you make this world more beautiful simply by being a part of it. I wuv you. I love you. And I am so incredibly in love with you. Thank you for asking me. Happy Anniversary!