Norah Jones… A Concert to Remember

by Richard Timothy | Sep 1, 2010 | I Do Suggest, My Cutie Baby Sweetie Pie, My List of Things that Don't Suck, Non-Fiction, Observationally Speaking, Reviewed and Recommended | 0 comments 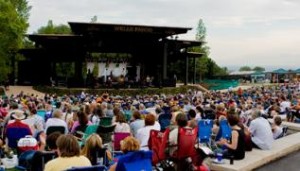 Last week I went to see Norah Jones in concert at a lovely little place in Salt Lake called Red Butte Gardens. They always put on a concert series, but only during summer due to it being an outside venue. It is a beautiful, and always a great show… unless you have allergies… or a freak rain storm blows in… or if any other extreme and tedious weather mishaps occur. For my night with Norah, it was perfect.

The other groovy thing about concerts at this particular location is that it is an open bar venue… as long as you bring the bar. So with a cooler in hand, well, it was a cooler on wheels so I just had to hold on to the handle and let the thing roll along behind us, we found a spot on the lawn and began to enjoy our dinner and some wine as the warm up band began warming up. It was almost the perfect evening… 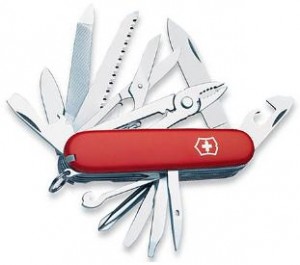 There was a collection of little nuances that helped sculpt this evening into a night that will not be soon forgotten. First was the wine, all very yummy, but a little difficult to get to at first. For the record we remembered the Swiss Army knife. The down side is that we grabbed the one without the cork screw. This was easily rectified thanks to the couple sitting next to us. They, being wine drinkers as well, were kind enough to lend us their de-corking apparatus. So in a fit of brilliance, I opened all three bottles at once so we would not need to bother the couple again each time we wanted to open a bottle. This would have worked perfectly had we not been so pressing in our re-corking of the freshly opened bottles. One of our reds had the cork returned a little too much. Then trying to remove the cork by hand, the little thing tore right off. But the nice couple retained their nice trait and lent us the wine opener again. (We even gave them cookies to as an offering of our gratitude.) 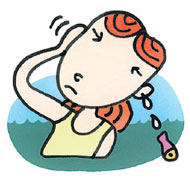 At one point in the evening while we were still enjoying our wine and cheese, and before the sun had completely set and Norah had come out, there was a bug that had chosen to nestle in my hair without my consent. I didn’t care because I couldn’t feel it. My sweetie-baby-cutie-pie on the other hand did notice it and felt very adamant that this bug was crossing the social etiquette line. So in response she reached up and swiped at the bug to get out of my hair. The bug was a trifle petite and suffered from an incredibly weak constitution and from Angela’s little swipe jumped out of my hair, landed in my ear and proceeded to instantly die.

At this point Angela began laughing and tried to get the dead bug by sticking her finger in my ear, hence pushing the newly deceased insect deeper into my ear. I then acquired the disposition of an ex-junkie with a permanent tic having an acid flashback. I started out with shaking my head from side to side. The dead bug remained. Next, I started banging my head again my open hand while tilting my head so the ear with the bug in it was facing the ground. Then I started fanning my ear with my hand in an attempt to create a small breeze that would dislodge the bug and let it slide out of my ear. Eventually this, along with the occasional banging my head against my hand freed my ear of the deceased intruder. Angela was kind enough to continue laughing though this entire debugging process. 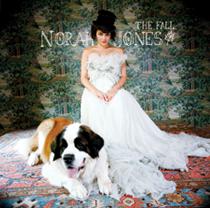 Finally, Norah joined us all and came out on stage. Spirits were high, and two bottles were now completely empty. As her set played on, I did notice something, as Norah was playing her set I was enamored with the songs she was playing. They were from her newest album, which I’ll admit I’ve not listened to as much as I would have liked. Then, when she got to her tried and true songs that people who listen to her know and love, I wasn’t nearly a smitten. I enjoy her recent stuff a lot more than the music that got me hooked on listening to her in the first place… I’m not sure that has ever happened to me before.

Then at one point during her set, as she finished one song and the audience started clapping, and cheering, and woo hooing, one of the friends we were with, would had topped off most of the third bottle all by himself at this time, belted out, “I love you Natalie!” This was followed by his wife briefly explaining to him that Norah Jones was on stage and not Natalie Merchant, which was followed by a round of giggling from our corner of the audience. 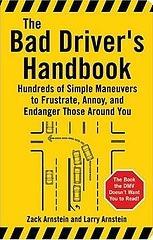 The only mishap apart from the bug in the ear was when I finally got to my car during the mass exodus after the show ended. The white SUV I had parked next to was long gone by this point, but they had been kind enough to leave a white strip of rubbed off bumper along the driver’s side of my car. If ran the length of both doors. I guess the driver was lacking in the “backing straight out” skill that helps compile the “competent driver” skill set that I thought was necessary for people to get their drivers license. Wishful thinking on my part I guess. The white bumper streak wiped off pretty easily though, and since my car is a tool that gets me to work and back and not something I pamper and wash once a week, and weep when it gets violated as such, I’m not all that emotionally attached to it. It wasn’t that big of a deal. Still, it certainly added to the overall experience of evening.

All in all, it was a great night and a brilliant concert. If you get chance, by all means check out one of her shows. I recommend three bottles of wine per four people, but feel free to play with that number depending on your budget and your consumption level limits as a professional drinker. Oh, and don’t forget your cork screw!

What was one of your more memorable concerts?