Notes on My Notebook 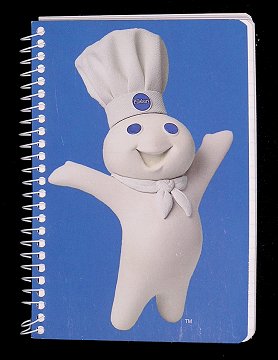 Today’s post needs to start off with a defining moment. I am writing about MY notebook and not THE Notebook. If anyone is expecting a write up about that movie… your disappointment may never fully heal. That being said, it’s the subtleties of life that put a smile on my face, well I suppose that and a good bottle of wine… and Bree, and rice crackers, and friends and family, and I’m really not sure why, but randomly yelling, “Woo Packers, Woo!” always makes me smile (probably some deep seeded MSTism)… ok fine, come to think of it there are a number of things that bring a smile to my face. Today though, I had a subtle observation. It was the little note book I always carry with me, where I write down random Smirky… Smirkable? Smirkish?.. Smirk inspired observations, realization, ideas, and inspiration, oh and sometimes the occasional grocery list.

What I found most amusing about it was the cover. It’s of the Pillsbury Doughboy creature baby thing. The little white doughy guy is wearing a scarf and a chef’s hat… and nothing else, saucy little minks. His arms are up in the air, much like an American football referee making the “touch down” sign, or at the very least someone giving the pantomimed reenactment of someone saying, “Yay!” Or, on a closer look, you could say he’s doing the Y for YMCA, which was made popular by all those blokes living in that one village. As I recall they were rather big fans of playing dress up. 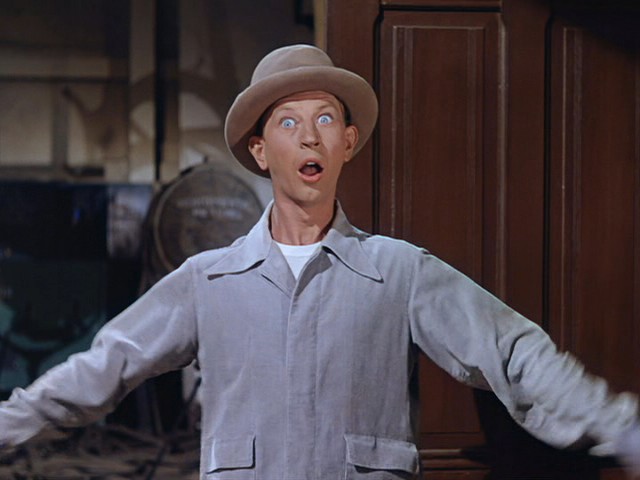 Still, apart from the little Y the little pastry man is making, he also has this brilliantly delightful smile on his face. Kind of like he’s been reading want I’ve been putting in my, or would it be his? Nope, never mind he’s just a picture, the notebook is mine. So, it’s like he’s been reading what I’ve been writing in my little notebook of ideas. It might sound odd, but it’s a grand little reminder of my goal as a writer, or as Donald O’Connor would sing, “Make them laugh.”

Then again, it’s pretty easy to get side tracked while looking at that perpetually happy face… things like what kind of evil mad genius decided to give life to a ball of dough, and who was the marketing rep that thought this creation would make a good spokes person for a company’s dough based products. If you really start to think about it, it starts getting a little creepy. This little monster is pimping out his family to be cooked and eaten by unsuspecting humans, and all the androgynous creature can do is laugh as you start chewing on his cousin Sigmund, the croissant that you just pulled out of the oven. 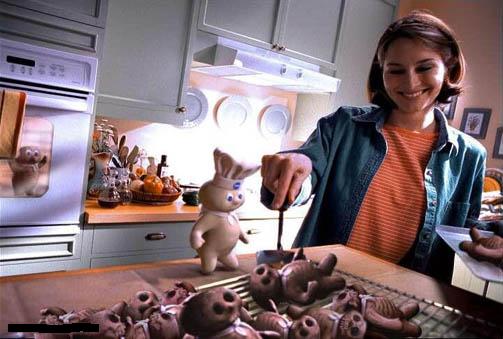 Then the imagery starts changing and you realize that the little guy is clearly insane. He’s always happily encouraging you to eat more and more of his family. And you, hypnotized by the buttery flaky goodness concede to consume more and more… OH THE HORROR!

On a plus note though, he does have the most obvious Achilles’ heel since, well, Achilles I guess. All you have to do is poke the little varmint in the belly and he becomes powerless ball of giggling dough. Plus, his giggle is so infectious that you just want to poke him again and again.

I take it back. The evil mad genius that made this baby Frankenstein type of monster is not really so much of a genius, or all that mad, but definitely still evil. I guess you could say the Pillsbury Doughboy creature baby thing was created by a mildly sprained evil part time inventor… probably the same guy that is responsible for that damn Tickle Me Elmo.

Still, all of that aside, I do get a kick out of having the YMCA Pillsbury Doughboy creature baby thing being the cover of my notebook of ideas. It starts me in the right direction, with a smile. And in reading back over today’s post… I completely agree… bloody random post. Cheers!