My Life as a Proxy Trekkie, or Trekkie Proxy… I'm their Friend and I like It

I love Trekkies. Not because I am one, and not because I want to be one. I mean I have never had the opportunity to play one on television, nor have I ever gone to a convention, but I think I’d like to… on both counts. I mean, I did go to the new Star Trek on opening night… on an IMAX screen no less, but I didn’t initiate it. A friend invited me. It was a lot of fun though, and for the record, going to a movie with a theater full of devout fans really adds to the delight factor of the film. The only exception being the last three, which were actually the first three Star Wars movies, episodes 1 and 2 anyway… the second one was so bad I boycotted the third one and have still not seen it. I mean let’s be honest, after episode 2 ended… I witnessed a theater of adult males openly crying out of sheer disappointment, I mean let’s face it that was the day the power of the force lost all its power. 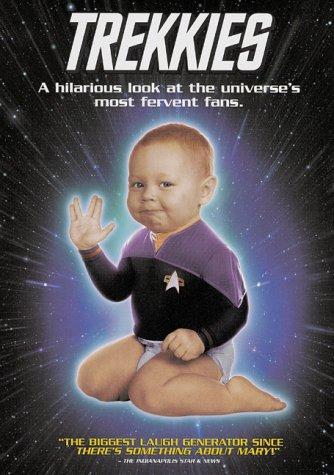 I guess more than anything, I just like the idea of Trekkies. Now before I go any further, I know that there are going to be those that get a bit frumpy at my use of the word Trekkie as opposed Trekker. I never even knew this was an issue in the Star Trek fan microcosm until I watched the documentary Trekkies.

Apparently, a Trekkie is one kind of fan and a Trekker is another, but no one can really agree what the official definition of each term is. So I think it breaks down to which word you like the sound of most, that’s what you will label yourself as. I guess in a vague way it’s the difference between calling yourself a Buddhist or Zen Buddhist, or maybe a Catholic or a Protestant, a Druid or a Wiccan, a cat person or a dog person… paper or plastic. The core perspective is the same, it’s just the label is what is different.

So left them fight… better make that debate. Let them vigorously debate about it all they want, but honestly people, WWGRD, What Would Gene Roddenberry Do?

I do have some friends that are Trekkie-ish, which enables me to be a bit of a vicarious Trekkie, which I do enjoy the hell out of. I participate by buying these friends the occasional action figure, or toy phaser, or a USS Enterprise model with buttons that make launching photon torpedo sounds and such. I have three words for you Star Trek marketing gurus… Star Trek Legos! They would sell like, like Margaritas in Cancun. Mmmm, margaritas, sigh…

(Note to self, stop by the liquor store on my way home from work.)

Right, so about this vicarious Trekkie thing, this also means that I can watch the television shows and enjoy the movies, well, except for 5, UNLESS, yes there is actually a way to sit through and enjoy Star Trek 5. It’s called RiffTrax. Thanks Mike! Still, all of this enjoyment aside, I don’t really invest in anything more Trekkie than that. I don’t go to club meetings. I don’t know any substantial Star Trek trivia. I mean I know Kirk was a captain and a man-whore, and has the middle initial T. I know that Spock is really Leonard Nimoy, or maybe it’s the other way around. And I know that if some bloke on the away team is sporting a red jumper, I’ll be taking two drinks once he inevitably dies (one of the rules when playing a Star Trek drinking game).

I know some people give Trekkies a hard time mainly because they don’t really get it, but I’d like to point out that they make the extreme acceptable. They gave the people the ok, to dress up and go to movies. I mean Comic-Con would still be a groovy idea that a few guys had one night hanging out in the garage playing their Atari 2600 if it had not been for the clear message of support and success fans continue to give Star Trek. They have helped infect the world with the belief that it’s ok to be an adult and dress up when it’s not Halloween. 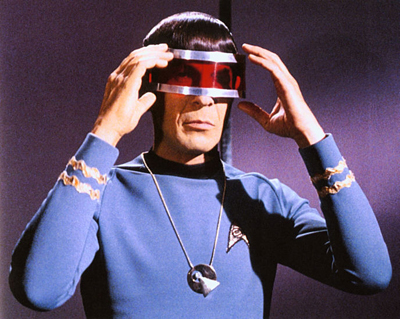 Besides, I absolutely love the random and creative discussions that come about as a result of this type of fan participation. Things like, who would win in a fight between a Jedi and a Vulcan. To which I think we all know the answer, neither, because it would be both illogical and in conflict with the way of the force. Granted a Sith and a Vulcan, that is a different story. All I know for sure (which I’m completely making up) is that if that Vulcan were in fact Spock, hands down, that Sith would be Spock’s bitch every single time… no exceptions.

I don’t see this as any than sporting debates and the fanaticism about fantasy football, or any other fantasy sporting events that people obsess about. Personally, I don’t see a lot of difference between a sports hero and a superhero. I mean sure the Flash might be able to steal bases better than Ty Cobb, but my guess is that he probably can’t hit worth a damn. Well, that and one is real person and the other is a fictional character. 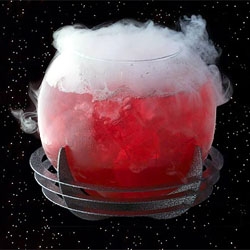 So, when it comes to life as a proxy Trekkie, as long as I have friends who are willing to believe and engage, I’m happy to support them with Pez, toys, the occasion Star Trek movie marathon, and, yes, if needed, my personal contribution in helping them down a warp core breach.

Live long and na-nu… or something.

Any of you have your own kind of vicarious fanism?