My Brother the Millionaire 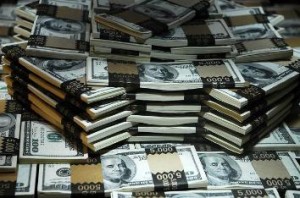 It happened overnight, my brother’s bank account went from a couple hundred dollars to over a million in the blink of an eye. How did he do it? Well, let me tell you…

My brother came into his million dollars when living in Jackson Wyoming, which only just recently changed. My friend Ans and I would dream, scheme and plot about ways to get him out of Jackson. It’s not so much we were opposed to Jackson; we were just opposed to him living there. I mean sure I enjoy visiting there, but I’d never want to live there, it’s just not a good fit and it certainly wasn’t a good fit for Dave. At least it wasn’t in our minds. Turns out the only motivation he needed was, instead of our constant verbal pestering for him to move, a significant other that refused to live there. 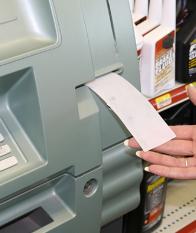 Dave is a rather clever sort, and was always hatching up new ideas for how he could make some extra money. It was after work, during one of these planning sessions, that he found himself a bit peckish and wanted to get something to eat. He headed down town and hit the local ATM to grab some cash for a late lunch. As his receipt rolled out of the ATM, looking much like an R2 unit attempting to stick out its tongue, Dave looked at the printed balance at the bottom of the sheet to see how much cash he had left until pay day.

He looked at the number. He blinked and looked at the number. Then did a series of extreme blinks and head shakes in much the same manner as someone who has attempted to see how long they can start at the sun and was not attempting to get their eyes to adjust so they could see the world again. As he looked back at the paper next to the words Account Balance was a little over one million dollars. He knew something was amiss, he hoped it wasn’t, but knew better. So he went home, pulled close the blinds, you know, just in case. And in an act of positive mental reinforcement started to compose a list of all the things he would do if the money in his account turned out to actually be his. He decided to give it a few days before checking it again, figuring that if the bank made an error they would be able to easily correct it in a few days time. 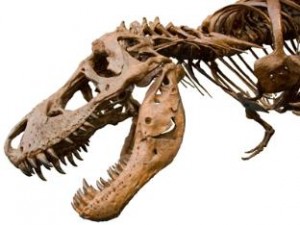 Relativity is a funny thing, you know that whole spending 30 minutes at the DMV (Department of Motor Vehicles) feeling like hours… ok not the best example, because seriously whoever gets out of the DMV in 30 minutes. For me it’s more like visiting the a natural history museum, I can spend hours there and it seems like only minutes, and my wife can spend minutes there and it feels like hours and hours (sigh, adult women and their lack of dinosaur bone appreciation). The thing about relativity is that if you add enough alcohol to the equation, it doesn’t matter how long you spend at a place or in a situation, you still won’t remember it in the morning. However, even though Dave has for few drinks, which were hastily consumed, the weekend still crawled by one minute at a time.

After the fourth day Dave checked the balance again. The balance had not changed. My brother was a officially a millionaire… until… 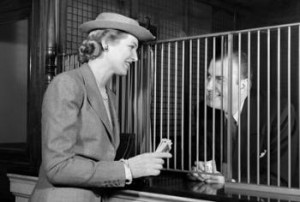 Dave entered the bank, waited in line until a teller was available, and then began to explain the situation. As his explanation progressed, a look of growing concern began chiseling away at the teller’s face with much the same intensity as the French did using their iron balls to blow the nose off of statues of dead Egyptian royalty. She didn’t get shot at, but it was clear that whoever had created this little blunder was probably going to be looking for a new job the second blame was attached and she was hoping it wasn’t her.

Soon Dave was in the bank managers office telling the story once again as people hurriedly walked in and out of the office, to explain their research on the matter and trying to find someone to blame that wasn’t them. Eventually, they discovered what happened. Turned out Dave’s account number was identical to the school districts account number, except for one digit, which I know doesn’t make it identical, but, well, mostly identical then. When the state sent their yearly funds to the Jackson school district’s bank, the person entering the money into the account fat fingered the one digit that transformed the destination of the funds from the schools account into Dave’s account. 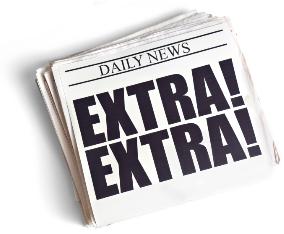 After being thanked incessantly for the hour or so he was at the bank, waiting for them to figure the whole thing out, Dave was given a new account balance print out that ended her brief stroll down millionaire lane and put his funds back to where it was just a few days prior. Once he got home he looked at his ‘Things-to-do-with-a-million-dollars’ list and filed it away in his ‘Things-to-get-to’ folder. As a reward he did get his picture taken and was the front page story at the local newspaper.

I like to think that through my brother’s honesty and integrity to an ‘Oopsie’ situation that he singlehandedly was responsible for making sure all of the kid in that school district received an education that year. Hey, I’m a firm believer in puffing up a family member with greatness when they do something greatish. I’m also a firm believer in reminding them when they are being a bit of an ass as well. I guess you could call it fulfilling one of your functional duties for the group of people that you call family.

Dave was only a millionaire for a few days… and it was a complete accident, but technically he was one, which is still a goal I know a lot of people have. At least he got to check it of his ‘To Do’ list early on. Now that he’s got out of the way, he can focus on other, more important things. Still, it does make for a good story.