by Richard Timothy | Feb 12, 2010 | Confessed Confidentially, I Think There's a Point, It Seemed Like a Good Idea at the Time, Lightbulbs and Soapboxes, My List of Things that Don't Suck, Non-Fiction, Observationally Speaking | 10 comments 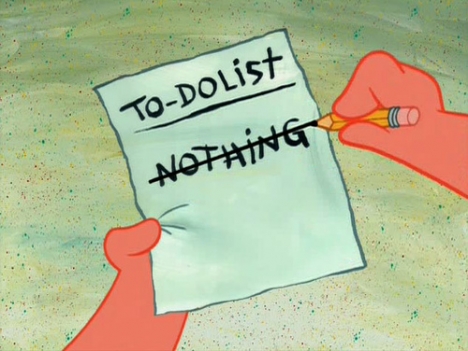 I’ve started creating a list of things I think I’d be willing to try that I’m typically in opposition to. Things that fall under the “doing it for the experience” chapter of life that I think everyone keeps track of, even if it is just a mental note in the imaginary book of our life. I’m not sure this chapter is ever included in biographies, but I think if they did include it, it would definitely add to any books overall readability.

I don’t consider this the same as that list people make as a “to do” list before moving on, powering down, challenging Death, passing into nothingness, or getting your wings, depending on which mythos caters to your needs best in the dying department. Apparently this list always has a connection with buckets, or something.

The basic concept of those types of lists seems to have an arch nemesis quality about them. They are commonly filled with the extremes of life, or as American marketing felt was the necessary approach X-TREMEs of life. These are often things that might put you closer to death than you were at before you started the list. Things like bungee jumping off a bridge… with no bungee cord. You know, things like that.

Going to my first and only professional bouncy ball sporting event, which oddly when put like that covers far more sporting “things” than I initially thought… basket ball, my first and only professional basketball game. It was years ago and the tickets were my tip for ordering a pizza. It was the damnedist thing. It was a snow packed afternoon and I didn’t want to cook so I ordered a pizza and when it finally arrived the first thing the delivery man asked me was if I had any plans for next Thursday night.

This caught me a bit off guard. I told him I thought he was cute and was sure he was a lovely person, but he really wasn’t my type. His eyes opened uncomfortably wide while he replayed the whole conversation back in his mind. It reminded me of a baby’s face when it is being tossed in the air. During that freefall phase, there is always that “why the hell are you doing this to me” look of horror.

It isn’t until they are caught they start smiling and giggling again… or crying. I’ve seen plenty as well. The delivery boy did not cry, instead he caught himself. When he realized what he had said he smiled, and explained that I had won two tickets to a Jazz game, who is only professional sports team that Utah has, I think.

My first impulse was to sell them. Then I started thinking. Perhaps going to a live game would give me some additional perspective to help me better understand the personal mystery that is sports. I asked a friend to go with who was actually a fan of the team and the sport, thinking it might help. It didn’t… well it did in the sense that he could tell me what color of team jersey I should be cheering for based on our proximity to the surrounding fans and who they were cheering for. As for sport appreciation, I still don’t get it, but I went damn it. I did it for the experience. 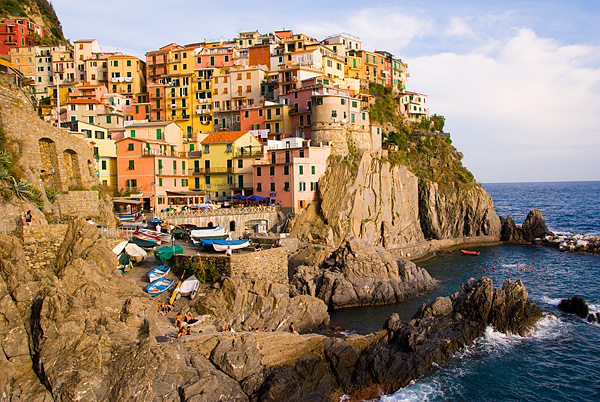 Sky diving in bowling shoes was another one of these things to add to my experience list. I dug that one though. I went with my two little sisters. It was Steph’s 18th birthday present to herself. It was good, good day. Trying wine for the first time during my first trip to Italy was another experience for the list that just sort of stuck, which should help explain my affinity for Italian wines. It was in the town of Manarola, in Cinque Terre. Sigh, I love that place. Spending a summer in San Francisco turned out to be one of those “seemed like a good idea at the time” experiences, which landed on the “did it for the experience” list with one of those “disastrous experience” asterisks placed right at the beginning, in bold.

Who knows maybe some day I’ll post about each one of these little experiences, but it would probably be a result of a “did it for the experience” for blogging while inebriated.

Things that I’ve recently thought of that I’d probably throw on the list are:

The nice thing about these lists, they are always a work in progress. Although, don’t confuse this with an excuse or justification list. If your actions result in emotionally or physically hurting another person and you try to claim you did if for the experience… no! Piercing your naughty bits is something one might do for the experience. Hurting someone for the experience defines you as a douche and places you right below that ring of nasty growth that forms in the toilet if you stop cleaning it for s few weeks on the list of brainless life forms.

How about you? What is something you’d put on your “for the experience” list?