by Richard Timothy | Mar 5, 2012 | Holiday Banter, I Think There's a Point, Nearly News, Non-Fiction, Observationally Speaking, Something I Know Nothing About | 0 comments

When I took a look at month of February for one of last month’s Smirks I was so amused by what I learned that I thought it might be fun to dedicate one Smirk a month this year to learning a little more about each month. So for the first Smirk of March, why not share what I learned about this month, the only month of the year that can be a verb as well as a noun. 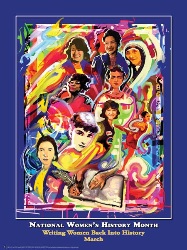 A few of those make perfect sense, but only after you juxtapose them with St. Patrick’s Day and the mass consumption of alcohol as the only acceptable ways to correctly celebrate the day. Drinking can do a number to your kidneys and liver, so having the month dedicated to both kidneys and liver disease makes perfect sense.

The same can be said for brain injury and self-harm. Next to New Years, I would assume St. Patrick’s Day has the second highest cumulative loss of brain cells in the span of a twenty-four hour period than any other holiday celebrated each year. And I imagine the amount of harm people do to themselves due to the mass consumption of green beer and dressing up like leprechauns is higher this month than any other month of the year as well.

Apart from an entire month of awareness or celebration towards one specific theme, some themes feel that all they really need is just a week for make their mark spreading awareness to the world. The 4th -10th of March is National Social Work Week. In honor of this week I’ve been working on my social skills by memorizing one clean joke for every dirty one I like to share in social settings. The 12th-18th is Brain Awareness Week, and I’ve already got my zombie costume pulled out of storage and ready to go. Today starts National Sleep Awareness Week, so in honor of this week I shall be taking a nap every single day from now until the 11th. This week is going to be kick ass. The 13th starts World Rotaract Week, which has something to do with Rotary clubs, which is a club where a group of people helps others and not a club that rotates . . . and no I will not admit that I had to look that up.

There are a few days this month that I found to be points of interest as well. 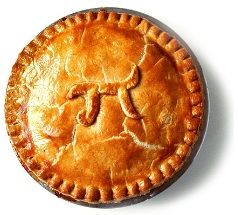 I guess the nice thing is, if I decide to actually pay attention to any of those days at least I’ll know what I’ll be wearing for two days this month. I am a little stoked about it being Greek-American Heritage Month as well; it’s a great excuse to get gyros at least once a week this month for dinner, because I do love a good gyro.

I hope you enjoyed this March Awareness Smirk, and maybe, apart from drinking something green on the same day you dress in something green, you’ll get a little more out of March this year than years past, but regardless if you do or don’t, Cheers! And a Happy March to you all.