Labor Day… the Myth and the Holiday 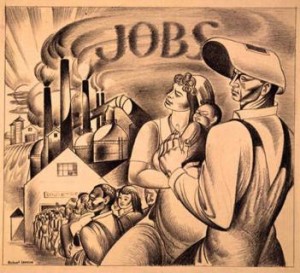 The end of labor is to gain leisure. ~Aristotle

Have you ever wondered about Labor Day? I know I haven’t. It has always been one of those things that I never cared about when I had a job that made me work on the holiday and that I took for granted when I finally had a job that paid me not to come to work on that day.

So I finally did it this year, I looked it up. Turns out Labor Day is a US holiday and is always celebrated on the first Monday of September. Because I’ve never taken the time to learn anything about Labor Day, I always made something up when the topic came up. I decided that it was a holiday for the working class. It is a day to celebrate all those people in the US that have jobs. It came was originated by corporations who traditionally treat their employees like crap. In an attempt to keep the workers calm, corporations would give them a paid day off once a year. This would appease the workers and pacify them enough to keep them organizing and attempting some type of upheaval… Hey it sounded pretty good the first time a made that up to explain what Labor Day was all about.

Having actually looked it up there were a few things about the holiday that I did not know. Things like the holiday being around since 1894. Turns out the true origins of Labor Day have something to do with President Grover Cleveland trying to make things better after a number of works were killed during a strike by police and military. I think the truly amazing thing is that the government was able to rush legislation of making Labor Day a national holiday and having it pass unanimously and become a law in only six days after the strike ended. When was the last time the US government was able to do that? And for the record, that was a rhetorical question. 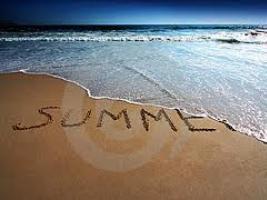 Upon further reading about the topic, turns out after 100+ years the holiday has adopted a number of additional symbolic meanings. For most people these days, Labor Day marks the end of summer. This helps explain why so many people try to get out into the wild for one last camping weekend before the season changes. Another Labor Day meaning I discovered, the beginning of football season… who knew? I even asked a few of my football watching friends if this was true. They neither confirmed nor denied it, but I did get a few looks. It was the look you give people when they say something that is so obvious that you’re not sure want to get to close to them because you are afraid that some of their lack of obviousness might rub off on you and bring you closer to a live action version of Homer Simpson.

Due to getting this look a lot in my life due to my completely and utter lack of sports knowledge, I’ve learned a trick when this situation occurs. I simply count, in my head, to ten and then say out loud in my best “matter-of-fact” voice, “The Packers rock.” This is either accompanied by nods of agreement or shaking side to side, questioning my choice of team patronage. Still, because I have praised a team in this sporting genre, the people tend forgive and forget my previous sports knowledge blunder. You’d be surprised how many times that little trick has come in handy in my life.

And that’s Labor Day for you. Personally, I like my origin better… and so do the conspiracy theorists.

As for my Labor Day this year I did something I had not done in years… I went on a bit of a weekend holiday… in the town I grew up in! Come back tomorrow and I’ll tell you all about it.