Investing in You, Yourself, and Ye 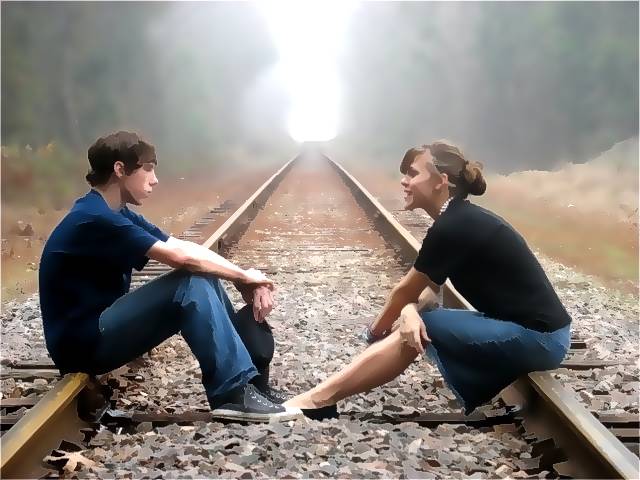 I’ve been thinking about a conversation my cutie-baby-sweetie-pie-wifey-pooh and I had a few days ago. And you know, since starting this blog thing, you’d be amazed how many times a week I hear the sentence, “And no, you can’t put this in your blog.” as the closing remarks to some of our conversations. This conversation, however, was not one of them.

I guess one of the things to start out with is to explain a little about my love, my Angela. I think it would be safe to say that we would still not be married if she has not proposed. I always get mixed reactions when I tell people this. Men commonly give me a sort of “well done” nod of approval. Women on the other hand usually give me a “you romanceless lout” look, but it usually passes once they get to know me.

We actually met at work. We even shared an office for a while. And No! There was no hanky-panky at work. I’m a professional damn it… better make that a we. We’re professionals damn it! I know it’s a bit cliché to admit we had an office romance, but, well, yeah we did.

We did keep it mostly hidden. I mean our boss knew obviously. Mainly because she was the one who introduced us and had, on more than one occasion, subtly implied to me that she thought we would make a good couple and would like to see us go out… No, it wasn’t a boss to employee request, like “Get this newsletter finished and mailed out by Friday.” So, like, “Take Angela out to lunch this Wednesday and tell her how beautiful she is.” And come to think of it, it wasn’t subtle at all. It was much more of a matter of fact statement and suggestion, you know, in a wink, wink, nudge, nudge kind of way.

Once our professional relationship evolved to a private relationship I’m sure more people at work figured it out, but there wasn’t a lot anyone could say. I mean the president of the company’s wife use to be his receptionist, which is much more cliché than our situation. In clarification of his character though I will point out that he was not married at the time, making his situation much less cliché than the married boss sleeping with his secretary, so kudos to him for that.

Anyway, back to the conversation Angela and I were having. It was about self progression or development, but more than that. It was about investing in yourself. For a lot of people, college or a trade school is the big self investment. For others, buying books and reading about things that ignite a spark in them to make a change or start a business is a self investment. It doesn’t have to be a self help book, or a comprehensive comparison of world religions, but maybe for some it does. That’s the nice thing about investing in ones self. It’s all personal and very subjective to each individual.

Angela has gone to a number of trainings and seminars as part of her self investment, and they have been amazing experiences for her. I have even accompanied her to a few, and I have always gotten something out of them. Sometimes it’s just a nugget that has helped open a door inside, letting me reevaluate and adapt some knowledge of who I was to become who I am. Then sometimes it’s like walking into an old room that has not been visited in years and you walk over to the window and open the blinds. Light fills a room in your mind that has been dark and dusty for far too long. Sometime you cry, sometimes you laugh, and sometimes you just quietly sit there.

I think one of the things about self investment is being ok with attaching a monetary value to it. Whether it’s spending $300 to go to a writing conference or $10 for a used book on eBay, I am making that purchase because I know I am worth it. When people pay for something they are going to be more invested in it. People want to get their money’s worth, and they are much more willing to do the work required of them to make sure it’s as worthwhile as possible.

I’m pretty sure that if my college education were free I wouldn’t have completed nearly as many homework assignments as I did, and my all nighters would have consisted of a lot more libation and togas a lot less retention. But because I was paying for it my all nighters consisted of studying and writing and rewriting the same paper just to make sure it was right and that I was learning what I needed to from the class. 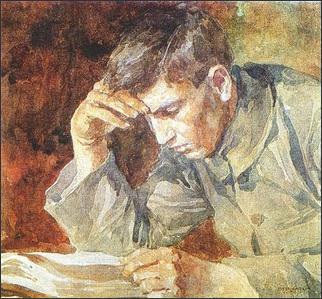 Self investing is not just a belief, it’s a personal knowledge. I know I am worth the 40 dollars I spent on a collection of poetry by Pablo Neruda. It opens up my heart when I read it. It gets my brain processing word painted imagery so vivid that I can almost taste the salt from the sea and feel its mist caressing the skin on my arms. It ignites my love for words and inspires me to create, and write, and share.

Honestly $40 is a very small investment based on the way it assists me not only as a writer, but as a person. Likewise, when I purchase books on writing, or on being a writer, or things that focus on writing tools that can be used to strengthen the development of my characters, all these are self investments. And if I paid for the book, you can bet your ass I’m going to read it, and mark it if as well. Some books help, some might not, but I’m willing to invest in the time and money to continue to expand myself as a writer and a person.

In Angela’s case, she is opened up by investing in herself through programs and processes and the interaction that goes along with that. Then again that is what she is all about. Inspiring others to be who they really are after the fear is removed and their true self worth looks them in the eye. She loves to assist people in facing and accepting their greatness, then with open arms give to and receive from the world. Angela is about empowering others, especially other women, so they can empower themselves, and eventually empower others as well. Everyone deserves to connect to their own greatness and share it with others. She is a living example of that.

Sure I’m biased when it comes to talking about my amazing, beautiful Angela, but I believe in her and in the message she has begun sharing with the world. She is putting together a woman’s conference at the end of February. (Yes, a woman’s conference, sorry guys.) So today I’d like to invite you to take a look at her site. Read a little about what she is doing to assist and empower women. Check out all the amazing people she is bring together to talk and present their messages of love, and hope, and healing the world one person at a time. I honestly believe her conference is something all women not only should experience, but deserve to experience.

Please go to Illuminated Woman to see what it is she’s doing.
http://illuminatedwoman.com/

Thanks for checking out.

Let me know what do you think?