Happy Halloween… Can I get a Witness!

by Richard Timothy | Oct 29, 2010 | Holiday Banter, I Just Don't Get It, I Think There's a Point, Lightbulbs and Soapboxes, Non-Fiction, Observationally Speaking, When I Was a Kid | 4 comments 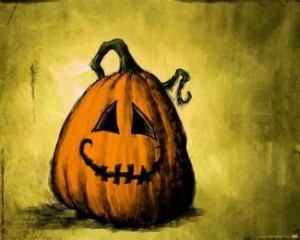 To begin let me start with a heartfelt “HAPPY BIRTHDAY!” to all the pagans out there. Hey if the Christians can pretend that December 25th is the birthday of that Jesus chap, then I feel perfectly comfortable redistributing the meaning of this whole Halloween holiday as the official birthday of Paganism.

With that being said, let’s all step into the WABAC Machine and go way back to the time when a young lad in Wyoming experienced some actually diversity in a town of 1500 people. It happened on a dark and chilly night on the 31st of October in 1982. I was eight, and probably a vampire. Of course this was back when vampires were still cool in a creepy kind of way, instead of the trendy bastardized shells of misunderstood models brooding and pouting in an attempt to get sympathy and instill crushes from thirteen year old girls and soccer moms. And I don’t care if you point out that you could see the strings when the vampire would change into a bad and flying around on strings, they were better damn it! 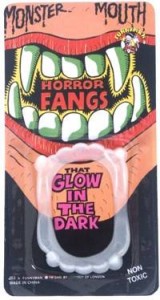 So there I was standing next to my brother on the doorstep of a rather plain looking home that was 100% devoid of any holiday decorations. I placed the plastic glow in the dark vampire teeth that would that would only glow for about 30 seconds after holding them up to a light for about a minute, in my mouth, you know, so I could get into character before giving the people behind the door my, “Sshick or ssseeeat” plea for more candy (those teeth always made it hard to talk clearly.) Once the teeth were in, I nodded at Mike and we knocked on the door.

As the door opened, Mike and I yelled in unison, “Trick or trea…”

“We don’t believe in Halloween,” interrupts the lady who opened the door.

This had never happened to us before. I figured she was kidding. So I said treat or treat again.

“We don’t celebrate holidays,” she said.

“The bible tells us not to,” adding, “goodbye.” 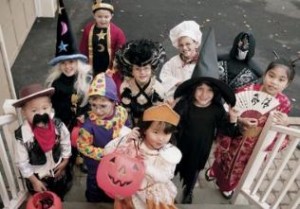 Nothing harshes and eight year olds unbridled sugar buzz quite like a stranger refusing to give you candy on Hallowing because the bible told them not to. It made no sense, and to be honest, it pissed me off a little. I even hung around for the next set of kids to come to her door, just to make sure what just happened really happened… it did. Poor things were just as baffled as I was. Still, hanging with the new batch of kids allowed us to compare notes on who passed out the best candy in the neighborhoods we had not yet hit. Soon we parted ways and Mike and I were in route to the big payoff houses a few blocks down, forgetting completely about the anti-Halloween house… until the following year.

The same damn thing happened. Then the following year, it happened all over again. It’s amazing how easily you forget which are the ‘no candy’ homes once the trick-or-treating actually begins. I made a mental note to skip the house a day or two before Halloween, but on the night of there I was on their step with an open sack holding all my candy, and an open mouth full of disbelief that the people in front of me didn’t believe in Halloween. I do remember that with each passing year the patience of the person answering the door grew shorter and shorter.

Over the years I learned that the family were Jehovah’s Witnesses, and that they were actually telling me the truth when they said they didn’t believe in celebrating holidays. For years my friends and I thought they were just cheap, and lied about not believing so they didn’t have to buy candy for other peoples kids. I don’t know why their deity is so hell bent against on having people celebrate holidays, but that’s deities for you… getting upset for no reason whatsoever and always, and I mean ALWAYS, trying to take the blast out of blasphemy.

There always was one rather depressing experience that happened from knocking on their door. It was seeing the children stuck in that house, sitting in the front room looking in amazement at kids their own age all dressed up, pretending to be something other than what they were, laughing, and asking strangers for candy every time the door would open. 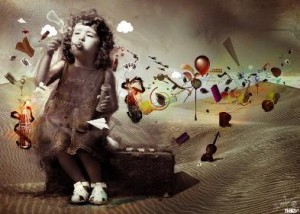 Halloween was always my favorite holiday as a kid. I think it usually is for most kids because it is full of the one thing they have ample amounts of, imagination. The only thing I can figure is that the kids had been very naughty and the parents were trying to teach them a lesson. I wonder if the parents ever, after they closed the door, told their kids, “I know it might look like those kids were having fun being with their friends, unsupervised, running around asking for free candy and getting it, but the joke is on them! They aren’t having any fun at all.”

Maybe it was some cruel and unusual anti-imagination activity, like taking them kids to the Disney Land parking lot to collect bugs for a science project and telling them, “Just imagine there is no Disney Land beyond that fence. Instead imagine an empty field with beige flowers and nothing else, not even the bugs you are trying to collect. So there is no reason to even look in that direction. Oh and just ignore all that joy and laughter you ear coming from behind that fence.” Perhaps breaking down and hindering a child’s imagination is part of their religious agenda. Honestly, I have no idea. Although, I imagine if you get rid of the imagination early on, you don’t get questions like, “What does this all mean?” or “Do I really believe what you are telling me?” or “What does happy mean?” You know, things like that. 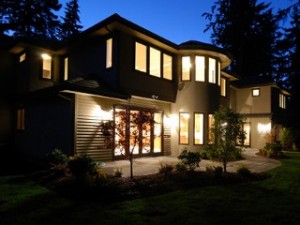 The other thing I never understood is why the parents would leave all their lights on. It was the equivalent of a child in wolves clothing… oh wait… I mean in reverse. When you leave your lights on, on Halloween, it gives every kid, and adults with kids, an inviting green light. It tells them that you are home and waiting around with no other purpose than to open your door to pass out handfuls of sugary goodness to anyone that knocks. Leaving all of your lights on and then answering your door just to tell the person knocking that you do not believe in the holiday and sending them away treatless, well, that’s just mean. I mean at the very least you could put up a sign! And that’s exactly what happened. Granted it only took seven years to figure it out (perhaps it was due to a lack of imagination?), but it did the trick. I mean sure, we still walked up to the door, but left in peace once we finished reading their anti-holiday proclamation.

I do have to say one thing though, saying you don’t believe in a holiday and then partially participating in that holiday by answering your door just to tell the costume clad person who knocked, and who is celebrating the holiday that you do not believe that holiday… well that’s kind of like going camping and then smearing honey all over your face and then telling the bear that has just showed up for an afternoon smorgasbord that you don’t believe in them. Whether you believe in it or not, it’s still there and still very real.

Although, I get people choosing not to participate in celebrating a holiday. Holidays are created all the time that I choose not to participate in… That’s right! I’m talking to you Hallmark! Quit it! Besides, I’m not sure a holiday goes away just because you choose not to believe in it. If that were the case Halloween would have disappeared a long, long time ago when the Catholic Church was avidly working on expunging all the Pagans, their beliefs, and their holidays. 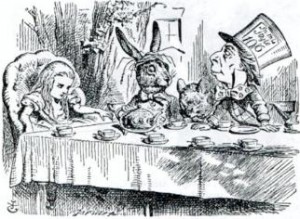 In the end, I suppose that as long as these people are well and their anti-holiday belief isn’t hurting anyone then by all means, continue not to believe. To help with this whole thing I’ve devised a plan… so to any Witnesses reading this let me be the first to wish you a “Happy No Holiday At All Day!” I hope it treats you well.