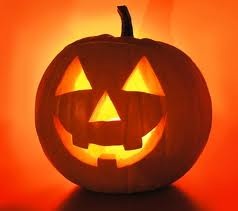 Halloween is a holiday that I Smirk about each year. The first year I shared my experience about people dressing up for Halloween at work. Last year I did two pieces, the first one about the delight of youthful treat-or-treating leading to my first experience with Jehovah’s Witnesses and their incessant refusal to take part in the Halloween holiday. The second one was about passing out “healthy” alternatives to commercial treat-or-treat treats. I’m still not 100% sure I’m proud I did that, but this year to avoid becoming “that guy” again, I’ll be out of the house so I won’t be at home and waiting for decorated little people to come to my door step and threaten me using the well coded guise of “trick-or-treat” aka “give me candy or else”.

The thing is I’m not a big fan of Halloween . . . for myself. For other people sure, but I don’t like dressing up. I really haven’t since I was a teenager. That being said, I can’t help but notice the irony that while writing that I am dressed up in what could be considered a costume. For work today people can dress up, and since this holiday allows me to wear shorts and sandals to work for only one day of the year . . . I have chosen to do so. To top it off I’m wearing an oversized white button up shirt with some embroidered designs in it. So take that and add me slicking my hair back and putting it into a pony tail and wal la, I’m dressed up as a “Caribbean drug lord”, like you see on television. It might seem like a silly ruse to get away with wearing shorts to work, but you know what . . . I’m wearing shorts to work! 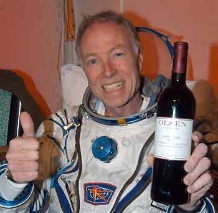 I am always willing to support those who love, crave, and live for Halloween, just don’t expect me to dress up, or want to dress up, or care when you are disappointed that I didn’t dress up for your party. It’s just not my thing, but at least I brought some wine to help you get over it.

For this year’s Halloween Smirk I thought it would be interesting to take a look at what Halloween really is, or at least was, and where it came from. Prior to researching this holiday all I could really tell you about it is that it was a Pagan holiday that was once called Hallow’s Eve and that it had something to do with warding off evil spirits. Let’s just say I was minutely correct, and that there is quite a bit of room for improvement.

Halloween was an ancient Celt festival called Samhain (pronounced sow-in or sow-an), which is from the old Irish word Samuin meaning “summer’s end”. Some 2000 years ago these Celts lived in the land what now makes up northern France, the United Kingdom and Ireland and according to their calendar November 1st was their New Year. The 1st was considered the end of summer and the harvest, and the start of the cold, dark winter days that brought with them, death.

It was believed that on the night of the 31st the ghosts of the dead would return to earth to cause trouble and damage crops. It was also believe that the spirits made it easier for Druids to commune with these spirits and make predictions about the upcoming year, giving mental security and direction during the winter months. 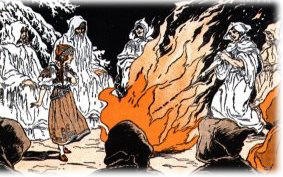 During the festival everyone in the community extinguished the fires in their homes and a huge bon fires were built as crops and animas were offered as sacrifices to the gods. During this time costumes were worn, usually made from animals (heads and skins) to fool the spirits into leaving them alone, and at the end of the celebration the people used flames from the bon fire to relight the fires in their own home, which would serve as protection during the winter months. 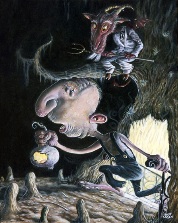 Eventually, the Christians showed up and went on a campaign to replace Halloween to All Saints Day, but Halloween has refused to go away. Sure it has altered a bit, and customs have been added along the way, like the jack-o’-lantern. This custom originated from Irish myth about a farmer named “Stingy Jack” who played a number of tricks on the devil, and ultimately when he died, no one wanted his soul. He was given a burning piece of coal, so Jack carved a small lantern out of a turnip, placed the coal inside and has been roaming the earth ever since.

In Ireland and Scotland people began to carve scary faces into turnips and potatoes (in England they used large beets) and placed them on in windows or near doors to frighten away Jack and other evil spirits. It wasn’t until immigrants from these countries came to America, bringing this tradition with them, that they found pumpkins were much easier to carve and made much better jack-o’-lanterns, hence the tradition that Jack-o’-lanterns are carved from pumpkins.

There is more, but I’m heading out soon, so I guess that’s it for this year, but in hopes of getting a holiday smirk from you, here are a few Halloweenish facts that I got from Kelley Rockey (with a few personal interjections). 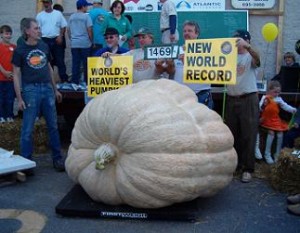 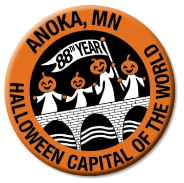 Well, that’s it for me. I hope you all enjoy your Halloween and a very Happy Samhain to you all!

And a big thanks to the History Channel and Wikipedia for educating me a bit more about Halloween.