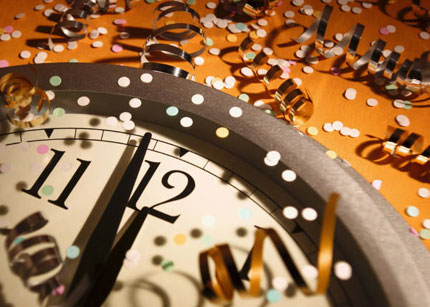 One of the perks about having a birthday on New Years Day is that everyone comes over the night before and stays up until it’s actually your birthday. Now I’ve heard that New Years in Times Square is one of those, well for some it’s a life defining event. You are one of two types of people in this world, you are either someone who has spent New Years Eve in Times Square or you’re not.

Still, I’ve always preferred the smaller kind of New Years gathering. Bringing in the New Year with a bunch of close drunk friends indoors makes a lot more sense to me than spending the evening outside with a few friends who are surrounded by a street full of drunken strangers. It’s warmer, more comfortable, and the drinks are a lot cheaper. I will say this though, the evening held a number of party firsts for me. 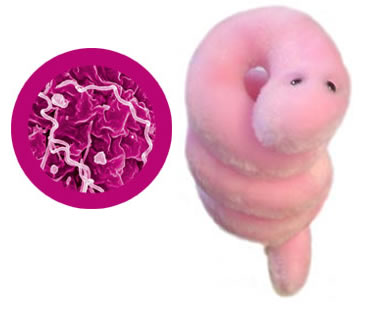 One of them was… ok first off, is it wrong to say I got syphilis from my friend Debbie as one of my birthday presents? It’s true… it also makes a fabulous little finger warmer. It was a little pink stuffed animal, actually make that a stuffed microbe. They are called Giantmicrobes, and there’s a whole gaggle of them. Some of my personal favorites are: rabies, anthrax, the clap, e. coli, typhoid fever and black death. Still how can you go wrong with giving syphilis to a friend for their birthday?

We giggled about that all night. Every time I handed it to someone new they’d yell out, “Hey look, Rich just gave me syphilis.” In fact I think I gave everyone at the party syphilis. You know, if you read that out of context it gives an entirely different image of what was really happening at my New Years/birthday party. 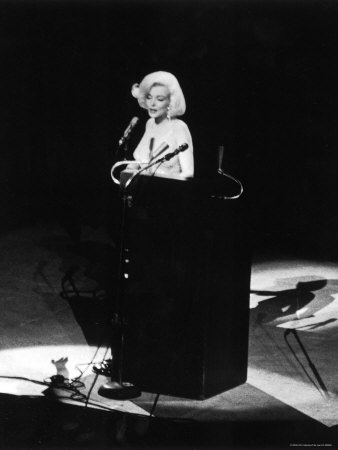 There was also the count down and birthday song. Usually this happens chronologically. We all count down to midnight, yell Happy New Year, and then people start singing happy birthday. Well, we sort of missed the count down this year, err last year… at the party. We were all engaged in conversations and laughing and drinking, and just enjoying the time together that we just sort of missed it. Only by a few minutes mind you.

Once we realized the fact we just went ahead and sang the birthday and blew out the candles on a big ass half eaten cinnamon roll pull apart pastry thing that my mom had made for the party, which was mostly eaten. Hey it was something to put candles while people sang. After the singing we opened the champagne, poured everyone a glass and did the count down… three times. What? It’s like singing karaoke. You always get at least one mulligan before the real one counts.

I think what I enjoyed most about the evening was the after. Normally there is a point in the evening where after the party peeks people decide call it a night and start heading home. For my friends and I it’s usually around 11 to midnight… cause, well, we’re old, oldish… let’s just say we’re not in our twenties anymore, and staying up past midnight doesn’t hold the same level of accomplishment as it use to.

When you have your own bed only a few miles away it’s more appealing to be sober up by 11 so you can be asleep, in your own bed, by midnight, or 1 at the latest. But after the countdown there was no mass exodus or migration. No, we just kept going on with the evening as normal. Midnight held no sleepy time power over us. In fact most people didn’t start leaving until about 2. The last people called it a night a little after 4. It might not seem like anything big or major or life altering, and you’re right it wasn’t. It was just a really subtle observation for the evening, which I thought was delightful.

The only grumble I had was that some of my closest friends couldn’t make it. But then again I was able to make a few toasts in their absence, so to those of you that weren’t there know that were was more than one time that a glass was filled, raised, and emptied just for you. Still, it was a grand way to finish 2009 and begin 2010. 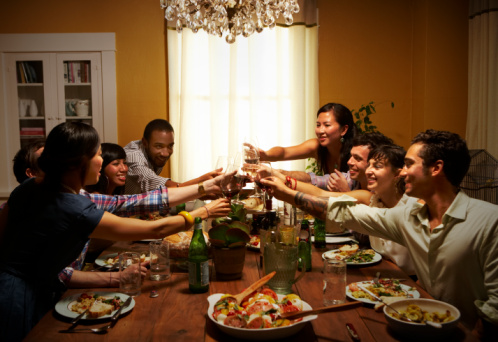 I did get a call from one of my best friends shortly after midnight to wish me a happy birthday. It’s a bit of a tradition. In the event that he can’t make it I always get a call shortly after ball drops and everyone finishes singing. He did ask me two questions while we were talking. The first was, “What was the best thing about 2009?” I told him it was rekindling my joy and passion in creating through my writing. He then asked, “What is one of the main things you want to accomplish in this new year?” I said it was to become a published author. I guess you could call it my 2010 goal, resolution, motivational speech topic thingy… it’s my dream.

So there you have it. My exit from 2009 and my entrance into 2010. I’m looking forward to the upcoming year and hope you continue to join me while I continue to smirk about it. Thanks for reading. Now please excuse me… I’ve got some left over birthday wine, and I don’t want it to go bad (/wink).

So how was your New Years celebration? What are your answers to the questions my friend asked?