Getting my Inner Child Out

by Richard Timothy | Feb 25, 2011 | I Think There's a Point, My List of Things that Don't Suck, Non-Fiction, Observationally Speaking | 6 comments 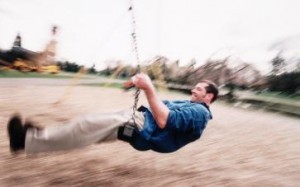 Inner child… what does that even mean? I hear it all the time, and apparently its one of the key things you need to get in touch with in order to understand happiness better. I wonder, do you think when this younger generation gets middle aged and starts attempting to get in touch with their inner child they’ll try text it first? You know there will be a “contacting your inner child” app by that point with a text option… if texting still exists at that point.

Here’s a brilliant marketing idea, make tequila and name it Inner Child. The slogan could be, “Get in touch with your inner child.” Granted, the inner child you would be getting in touch with would be the one that likes to take off all its clothes and run around naked. Then again, that’s already one of the side effects of tequila. Ok so maybe it doesn’t actually create a liquid connection to your inner child that enjoys running around naked, but it certainly prompts it to make an appearance. Plus, its clever marketing, focusing on what will likely happen if you drink it in the first place. That way when you see the YouTube video of you running around the backyard naked, there’s really no shame or surprise. You were well informed of this prior to taking that first drink.

For the sake of today’s Smirk, I thought it best to start with defining this phrase and the intended use I have for these words. For some, inner child is considered to be one’s soul. For others it is simply the second album from Shanice. Wikipedia considers it to be, “…a concept used in popular psychology and Analytical psychology to denote the childlike aspect of a person’s psyche, especially when viewed as an independent entity.” For my intended purpose, I think the concept of the inner child is a kind of connection with that pure unforced joy we experienced when we were young, we didn’t have to try to create it or force it… we just experienced it.

Some of these experiences of unforced happiness are things like: 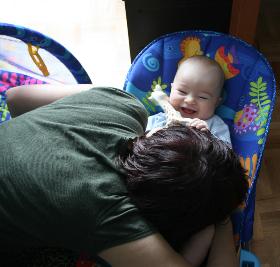 That’s the thing about being little, you are a constant self proclaimed genius. You discover things everyday that you are certain no one has ever discovered before, because if they had, they are so amazing that someone would have obviously told you about it. These are things like: 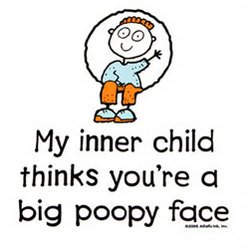 The thing I’ve noticed about this inner child concept is that there are still instances or situations that cause people to respond in the same way they did as a kid. Usually it seems to be connected to the root experience of unexpected (or surprise) joy. One of my friends responds to these moments by throwing his hands in the air like he’s about to descend the steep part of a rollercoaster. My sweetie-baby-cutie-pie-wifey-pooh chooses to open her eyes as big as she can, and I swear I can almost her inner child say, “Did you see that?” as if she had just witnessed the most amazing thing ever. I on the other hand am a clapper. 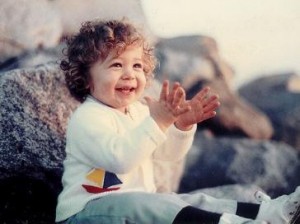 I don’t clap like I do at a sporting event, or a play, or some type of performance where applause is the acceptable exchange of appreciation and admiration… or in some cases obligation. No, I clap like kids clap when they do something they consider to be amazing and are so filled with joy towards their own greatness that the only thing they can think to do is clap. It’s that open palm clap too, where the fingers extend out and away from the palms, as if they are concerned that their fingers might get tangled up if they touch while their palms connect to make the clapping noise.

Once I started looking at this concept, I realized I clap like this all the time. Like at our wine party this month, I started clapping this way when my friends walked into the house, the uncontrollable joy of seeing them instantly compelled me acknowledged this by means of me clapping like a little kid. I’ve also noticed that in situations where I begin clapping like this I begin the clapping by saying, “Yay!” The thing that triggered this realization was when I was hanging out with my nineteen month old nephew. He came over a while ago so we could watch him for the day and when I saw him my inner child snuck out and I said, “Yay!” and I started clapping, which got him to start clapping… when I looked at my hands I realized we were both clapping in the exact same way.

It’s a good feeling, when you realize that connection in yourself with yourself. It’s also refreshing that there are still those uncontrollable joyous moments in life where you can’t help but celebrate it, or at least acknowledge it the same way you did when you were little.

I like to think that we all unknowingly have our inner child getting out occasionally. If you’re not sure how yours gets out, keep a look out for it, it’s bound to turn up. And if you do know, by all means embrace it and share it. I’d be curious to know how many clappers like me there are out there. So, from me to all of you…