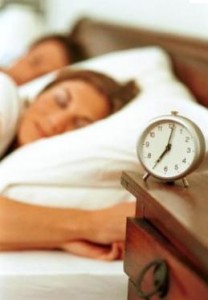 Sleep… it’s one of those things that make us all the same. Granted, what we do in our sleep varies dramatically from person to person. Take me for example, now according to my sweetie-baby-cutie-pie, I flip over more times than a flapjack competing for a gold medal at an event where such things get people gold colored metals, or a blue ribbon at the very least. As for Angela, I really can’t say, I’m usually asleep before she is. Unless I can’t sleep, then I sneak out of bed, go to my office and work… or play, until I’m exhausted and ready to sleep.

I think one of my favorite things about sleep is how people react when they reach that deep state of slumber where Michael Stipe and his band mates begin making your eyes twitch rapidly. One of my favorite experiences of this happened during the first year Angela and I were together. We would take turns crashing at each others place because it was way too soon to get a place together. Anyway, one morning, a good twenty minutes before I was to hit my snooze button for the first or many times that morning, Angela woke up to the sound of singing, muffled, face in pillow singing, but singing just the same. She sat up and looked at me. Apparently, I was jerking my body around in little movements along with the incoherent song I was mumbling out of the side of my mouth. She then asked me, “Are you singing?” 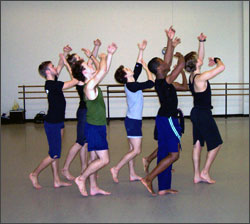 This question pulled me right out of my dreamy rehearsal and into a reality where my dream was interfering with my honey’s sleep time. In a half sleep stupor and replied honestly and directly, “Yes, we were rehearsing for the big show that opens tomorrow. We only have one more dance to get through before we’re done.” She started laughing, and I went back to sleep so I could get back to rehearsing because I knew everyone was waiting for me.

She was kind enough to return the experience a few months later. It was probably three in the morning and Angela starts shaking me with one hand, and in a very concerned and worried voice told me, “Richard… Richard, there’s a bug on me. Get it off. I’m not even kidding. Get it off of me. It’s huge. I can’t move.”

I got out of bed, walked over to the light switch. As I flipped on the slights, Angela squeezed her eyes such and feinted away from the lights overhead. Seeing nothing on the blanket on top of her I asked, “Where’s the bug?”

Angela answered with laughter. She told me she was having a dream that we were camping and, well, you can probably guess what happened. We still laugh about that one from time to time, particularly the “I’m not even kidding” part. 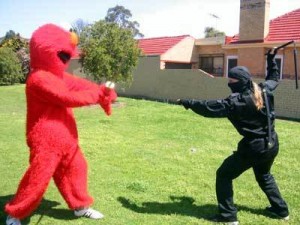 There are times when sleeping can be a touch more dangerous than you would expect it to be. I have one friend that would have ninja battles in his dreams. The problem was that his wife turned out to be his opponent. He’d be facing off with some evil warrior and start kicking… in both his dream and real life, resulting in accidentally kicking his wife out of her sleep and onto the floor. Because his dreams were so vivid if she would get back in bed, he thought that the opponent was coming after him and would try to kick her out of bed again. When he woke up in the morning and found his wife asleep on the couch he was a touch confused. When he found out it was because she was afraid to get back in bed with the Sleeping American Ninja he talked to some people to get things sorted out. It’s now an incredibly rare occurrence as opposed to a once a week event. 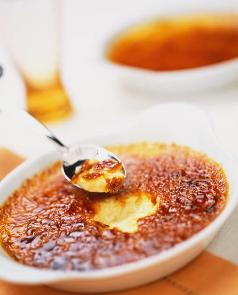 One thing about sleep is when it’s good it’s like dessert for your brain… a sort of crunchy topped creamy yummy thing that the French are just crazy about, or that Italian cream filled cake that people who love the flavor of coffee just can’t seem to get enough of… or a combination of the two like some sort of tiramisu flavored Crème Brulee. Of course when it’s bad, it’s like a lot like poring yourself a tall glass of fresh brewed ice tea and half way down your realize you just poured yourself a glass of the vegetable soup stock that was made the night before, which has two key flavors that you’ve been gulping down, garlic and onions. It’s not an experience I’d wish on anyone, and it’s really not the way one should start off their day, but it sure will wake you up. Even after brushing my teeth three times I still couldn’t get the flavor out of my mouth… The point is you end up waking up tired, which I’ve always considered it to be a complete waste of time. It’s always a disgruntled morning when sleep leaves you tired.

Sleep is maintenance for your body and mind. Getting some sound sleep is like running your virus scan on your computer daily. It does help. And if you do find yourself a bit under the weather, get more sleep. Your body will thank you, your brain will thank you, and the people that could catch whatever it is you had will thank you for staying home to get some extra sleep until you felt well enough to come back to work. One last thing, when sleep comes over for the night, trust me… do not kick it out of bed. You deserve it.

What is one of your sleep stories that always puts a smirk on your face?