Doug Did so you Don’t Have To 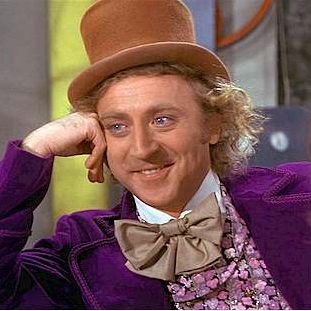 When working as an Assistant Pastry Chef as a resort in Jackson Wyoming, I worked with a curious man named Doug. We only worked together a few months, but Doug turned out to be one of those characters in life that I will always remember. He was the Pastry Chef that I worked under and was a little, well, let me put it like this, Doug was the closest thing to a reincarnation of Gene Wilder’s performance of Willy Wonka than anyone I have ever, or imagine will ever meet.

Doug was an average height, with naturally ratty-frizzy hair, or it just came across that way because he never did his hair. He also had round wire-rim glasses that framed his thin-blue eyes. Because we worked in the kitchen, we were required to wear a uniform that the resort was kind enough to supply. It consisted of a floppy top chef’s hat, with a white chef’s smock, and black and white checkered pants. Doug took full advantage of this and had not purchased a new pair of pants in over three years. He always wore his chef pants, when working or just going out with friends. Any time they began to wear too thin, he’d just pick up a new pair or two and take them home. The only exception I can think of is when we would go to disco night and he would get dressed up in his favorite secondhand 70s disco garb to go out dancing.

One of the main things I remember about Doug is that he was always offering up little lessons about life. Lesson’s that you would think were common sense, but turned out to be the type of things that apparently he needed to learn firsthand. He was usually so profoundly surprised by these lessons that he would always approach the telling of these lessons with much heartfelt earnest. Feeling that if he could save just one person from making the same mistake he had then life would have been worth living. 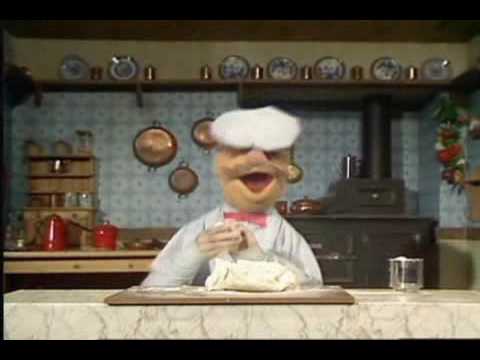 Some lessons were very career oriented. For instance things like how to rummage for pots and pans as loudly as possible while cursing profusely. The trick about using baker’s profanity is that it couldn’t sound much like profanity. He introduced me to the use of glottal stops mixed with open larynx yells that could carry vowels and consonants blended together in what sounded a bit like a sick badger getting poked with a spoon. But as long as you started the profanity out with the correct letter sound and clearly pronounced the ending letter, it was considered properly executed baker’s cursing. Apparently, according to Doug, baking is 70% cursing, 20% following the recipe, and 10% remembering to set the timer. In a kitchen, bakers are considered the crazy ones and Doug was very determined not to let me fail that stereotype.

The one lesson that I inevitability share with everyone is his warning about dating psychology majors… but more than that, it was mostly a lesson her learned while dating one. We were working on some fruit tortes, getting them ready for an upcoming Sunday brunch and out of nowhere Doug started with, “Rich, don’t ever… I mean ever, talk about your girlfriend’s mom when you’re making out… with her not her mom I mean.” He didn’t even pause what he was doing.

The statement, however, stopped me in my tracks. The torte was going to have to wait a little while. “I imagine it’s a little difficult to say anything like that when making out,” I replied, “regardless who you are making out with.”

“Well, let’s say in the between moments of making out.”

“What do you mean exactly?”

So Doug started telling me about when he was in college, and a psychology major he had been dating for about two months. Things had taken a few steps towards being a bit more serious than just the occasional booty call. It had even gone so far that he was invited to dinner with her parents when they had been visiting. They were definitely tipping the scales of entering into a relationship.

“One night when I was over at her place we started getting into it a little while on her couch, which was always the foreplay area of her apartment. Well, I had managed to get out of my shirt and all of a sudden, in mid kiss, she stops, pulls back and with a sultry smile asks me if she could ask a question. I told her she already had, but she stopped me and said she was serious.”

He told me that she then explained that she had been learning about the differences between the male and female psyche and learned in one of her books that it was common for men to fantasize about other women during sex.

“I know! It caught me completely off guard, but there was the prospect that we’d be having sex at the end to I let her keep talking.”

“How could you think that things would end that way?”

“Every night that we spent kissing on her couch had always ended with sex. I didn’t have any reason to believe that that night would end any differently.” He sighed, and continued explaining that she had asked him who he had thought about while they were having sex.

“Yeah all matter-of-factly, saying the book said it was common for men, like puberty, or breathing, or only cooking cheese stuffed croissants for 30 minutes in a convection oven at 375 or you’ll burn them. Still I went with my initial gut instinct and told her that I only thought about her.” 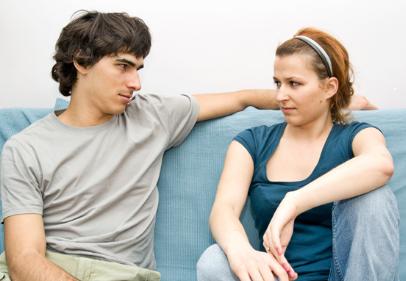 “It didn’t work, no matter how many times I told her. I said over and over again, ‘No baby, I only think about you.’ but she kept telling me she knew differently. Her book had a whole chapter about the very topic. After about twenty minutes of going back and forth she started to get a little annoyed that I wouldn’t tell her. All the while adding that she knew it was what men did and she just wanted to know who I had thought about. She told me it was fine and she was not going to get mad. She ended every sentence with that. Always reminding me that she was not going to get mad.”

“I began to lose my determination for telling her over and over again, ‘Only you. I only think about you.’ I started to think that maybe if I gave her an answer everything would relax and we could get back down to business. So I started thinking about who I might, or even could, think about while having sex with her. A name did eventually come to me, but I wasn’t sure.”

“Well, ok so I asked her if she’d promise not to get mad. And she reminded me that the whole thing was her idea, reminding yet again that she would not get mad. I asked again just to make sure, ‘Now honey you really promise you won’t get made if I tell you.’ and in the most annoyed her voice had sounded all night told me that she had already said that and to just tell her. So I said, ‘Well, not that it ever happens, but maybe if I had to pick someone that I possibly might, but it never would, but if it did… and remember you promised not to get mad, but well, I maybe, sort of, could have, if I had to, maybe… but I’d never, but maybe I could… well sort of, um, well, you know, maybe your mom.”

My mouth dropped open, but nothing would come out.

“I’ve never had an evening end so abruptly in my entire life,” he added in a tone of pure flabbergasted surprise. “She was really mad!”

I just started laughing. Doug began smiling, but it was the little kid smile where they tell you something in complete seriousness, but it strikes everyone listening as so funny that everyone begins to laugh and the little kid begins smiling in an effort to fit in, but are a little confused about what was so funny. Then I told Doug, “I promise I will never tell any woman, ever, anywhere, ever, that I fanaticize about their… you realize that this is another one of those things you need to put on your list of things to talk to a shrink about should you ever get one.”

“Yeah maybe, but I figure it’s an important enough lesson that I should share it with others first.”

“Thanks Doug,” I chuckled. “Lesson learned.” And soon we were back to work.

Even though I’ve completely lost contact with Doug, he is one of those characters in my life that I’ll never forget. It’s been over fifteen years now since he shared that story with me, and that’s how long I’ve been sharing it with others. It’s worth the telling and has a moral that I feel will never grow old, because as long as there is someone out there that it willing to ask that kind of question, there is going to be someone like Doug that is going to be willing to answer it. So please, feel free to share this story with others, so we can help protect the Doug’s of the world.

Do any of you have any “Doug-ish” stories of your own?