by Richard Timothy | Aug 17, 2010 | Any Suggestions, I Think There's a Point, My List of Things that Don't Suck, Non-Fiction, Observationally Speaking | 0 comments 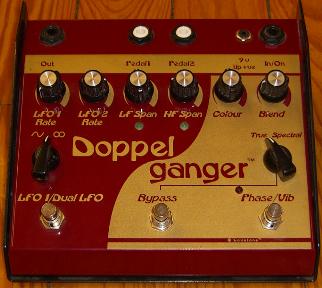 If there is one thing about the world wide series of tubes that we call the web, it’s that it makes it much easier to find your doppelganger. In my case, he was the one to invite me to be his friend on Facebook. Well, maybe he’s not exactly a doppelganger, but when I first saw his name on my invite list, I did have to wonder. His name is Timothy Richard, and… well, I think that’s about all the doppelness involved. I mean we look nothing alike and since he’s really a nice guy, and not evil in any way, it pretty much blows the whole evil twin element out of the doppelganger connection.

In fact, he doesn’t even have a goatee. I mean come on, if there is only one universal truth that we should all have learned from the Mirror, Mirror episode of the original Star Trek series it’s that your evil twin has a goatee. And, since I’m the one with the facial hair I know that this Timothy chap is in no way a doppelganger… ahhh, damn it! I guess based on Star Trekian logic that makes me the evil one.

I suppose that’s the problem with facial hair. You’ll always be mistaken as the evil twin… if you happen to have a twin. Although I’m not sure how that works with the opposite sex. I don’t remember any evil goatee toting female twins on that episode. Maybe their hair is the exact opposite color instead?

So this Timothy guy (with the doppelgangish name) sent me a message the other day. No, he has no intentions on taking over the world… but, since he’s the good one I guess it would be more accurate to say he has no plans on establishing world peace and blaming it all on me. Does the evil twin thing work like that? In the whole cross dimensional playground of life, does your evil twin, if you are the evil one, do acts of kindness in your name? Thus doing things you would never have done and blaming you for them?

Makes you wonder… I mean in a cross dimension realm of evil twins is there a vegetarian Jeffrey Dahmer who has opened a soup kitchen to feed the homeless? Or a Saddam Hussein who has been received the Humanitarian or the Year award. Or how about an Ingrid Newkirk (PETA Founder) that owns a chain of Steakhouses. Oh, or a Stephenie Meyers that no one has ever heard of, but writes really good novels.

The point is (I knew we’d get there eventually) Timothy’s message. It was a Smirk request, which I liked on two accounts. I like that idea and I like that he asked me to Smirk about it. I would have started on today if it had not been for that whole doppelganger tangent. Thanks for making the request Timothy. I’ll get Smirking on the suggestion soon. 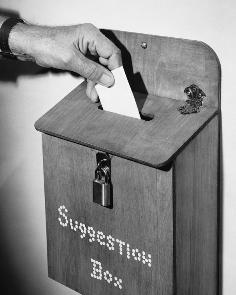 Timothy’s suggestion did get me thinking. I’ve had people in the past send me a news article, or comment on something, or ask me to tell the story about a random reference I made to them at some point, and a number of these have turned into their very own Smirk. I don’t recall anyone actually making the request to make it one though. I think the request to write a Smirk about a specified topic is a little different experience for me, but I appreciate the interaction involved with sending me the suggestion.

So, I want to open it up and invite any of you motivated to do so to send me a Smirk request, suggestion, idea, tangent, etc. E-mail it to me at: [email protected] or send a message to me via Facebook. I look forward to hearing from you and seeing what happens as a result.