Charmed by Charm… and I even Caught a Plague 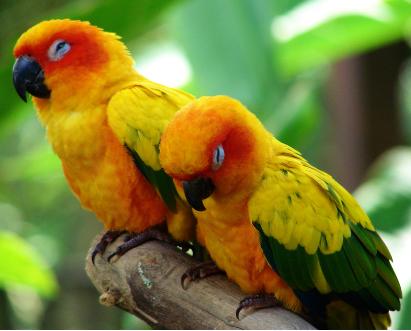 I am a bit plagued at the moment, and have been since Sunday evening. No, it is not because I have killed and eaten that damn bird that yes, still flurries against my bedroom window every morning. I will say, at least after a few weeks it’s finally starting to wear down. It now only attacks the window once every 20 to 30 minutes instead of the repetitious attacks that it was so fond of when I first decided that the window was a worthy adversary.

As for the plague, it’s not your traditional “I’m not dead yet” kind of plague. It is however a plague that I imagine everyone has suffered from more than once throughout their life. I’ve honestly lost track of how many times I’ve had it myself. This time is a little more aquatic in theme. I’ve been thinking in a rather repetitious way that I’d like to be… under the sea, spending some time in the shade of an octopus’s garden. Yes, I’ve acquired the infamous “song stuck in my head” plague. And this time around I’m stuck regurgitating an underwater tune that a quartet from Liverpool first sang about back in 1969. I think blaming my friend Kyle for this might be feasible. He’s the one that got me a ticket to the play that I heard the song at. Along with the blame I suppose I also need to thank him, because it was a really good show. 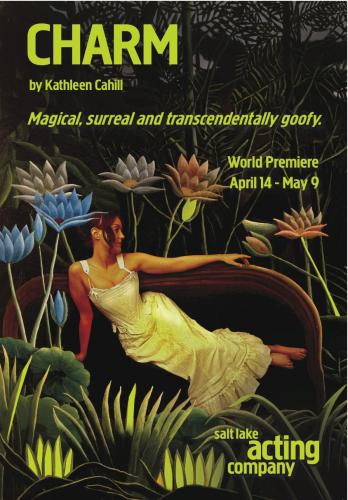 One of the theatre companies in Salt Lake is called SLAC, Salt Lake Acting Company, who just so happens to be turning 40 this next year… well done there. I usually make it to one show a year, and this year I even though I’m planning on going to their next show, I really had no plans on seeing the one I went to on Sunday. The play was called Charm. It’s a new play from a now local playwright named Kathleen Cahill. I believe she’s been in Utah for around three years now. The performance was even a World Premiere. Ohhh I know, sounds impressive doesn’t it? I think it just means that SLAC was the first place on this planet to officially perform the play. It is pretty cool to be able to have that as a snobbish theatre conversation piece. It’s like being that person that saw U2 perform in a pub in front of 25 people and purchased one of their demo cassettes because they thought they just might go somewhere. Or in short, this is one of my “I knew them before they were famous” stories.

One of those truly great moments in life is when you go to see a performance while in a state of ignorance. I had no idea what the play was about and I had no idea what to expect, and the show consistently exceeded any expectations I could have put on it had I known what to expect. I mean when you have no expectations for a show and then leave the show disappointed or unmoved, that is a tragedy. But for this performance, I walked out of the show jovial and assured in my belief that the world is a brilliant place. It made my good day a great day.

The show was, as the program put it, “Magical, surreal and transcendentally goofy.” It was a mostly satirical look at the life of one Margaret Fuller. She was a free spirit that lived in the 1800’s (1810 to 1850). She was very well educated and had managed to accomplish a few firsts in her day. Here are a few things I think are worth knowing about Margaret:

A fare share of this is touched upon in the play. At first I thought a lot of the claims were embellished, because that is what I’ve come to expect from productions about historical figures. I really didn’t think that all of these claims were true. The play definitely peaked my interest about Margaret, and got me researching and reading up on her life. Her early departure from her life was a true tragedy. She only lived 40 years, and was traveling back from Italy with her lover, their child and her newest manuscript. The ship crashed 100 yards from Fire Island, New York and went down. None of their bodies were recovered and the manuscript was forever lost. I know it’s sad, still… what a full 40 years.

Charm took a look, a very playful look, at the relationships between Margaret and Emerson, Thoreau, and Hawthorne. The enjoyment of the play was only reinforced by the consistently strong performance by the entire cast. The set and props were minimal, and the movement and freedom it gave to the performers only added to my overall enjoyment of the play. I’d suggest that if you don’t have any plans between now and Sunday, and you live in the Salt Lake area, you should go check out this show. Sadly, it does ends on Sunday May 9th… so take you mom to it as well. I did do a little internet rummaging and it looks like Charm is part of the 2011 lineup at the Orlando Shakespeare Theater. It’s a piece that is definitely worth the two hours you spend watching it. 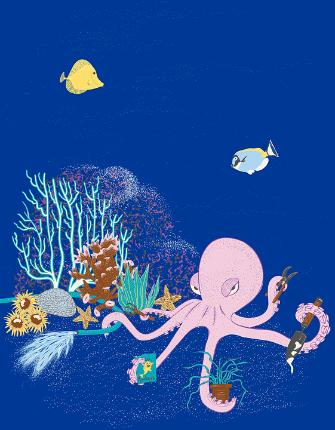 All that being said, it was during the performance that I heard the tune Octopus’s Garden, which I’ve never really given a lot of listening to. I mean, I think the Beatles are ok, but I don’t love them. I only own one of their CDs and it was a gift from a friend back in 1995 I think. I’ve listened to it a few times over the years, but I really do mean only a few time, like maybe 6 times tops in 15 years. I did go to a Beatles cover band concert last summer, which was a lot of fun. It was an outdoor concert and they were playing with the Utah Symphony Orchestra. I rained a lot I remember, but there was something wonderful about dancing to the Beatles outside on the side of a mountain in a soft cool summer rain with a glass of wine in my hand… it just made for a good night all the way around.

The point is, because I was in such an excessively good mood because of the play, that, when song came on, I connected it with how happy I was at that moment. Now, and for the past few days, I have been continually singing that song to myself and smiling the whole time. Even last night, as I was laying in bed, exhausted and trying to fall asleep, I was half humming, half snoring the melody of Octopus’s Garden to myself. It is subsiding some, but even as I write this and am listening to Neil Young in the background I’m still humming and singing to myself… “I like to be… under the sea… in an octopus’s garden in the shade…”

What of some of your “stuck in your head” songs?