An Ode to Haunting Conversations 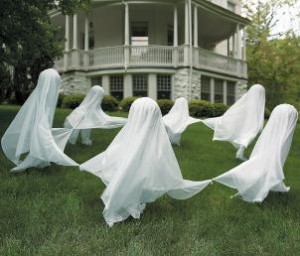 I’ve have a friend and office mate, same person actually, who is exceptionally susceptible to anything supernatural, and is easily swayed in support of their ghostly existence. Left to his own devices he would be convinced that every image he came across on Google Images under the key words “ghost pictures,” would stand as irrevocable proof that the whole Earth is hunted. And even though it’s not on my list of job requirements, when he gets a little overly sensitive about the issue I’ll spend some time Googling these “images of proof” in hopes that his haunt-expecting persona will be able to let it go long enough to get back to what makes him, him… namely going off on obscure tangents that results in at least two people in the room reminding him to use his “inside voice”.

Of course he’s also terrified of midgets, or little people, as they prefer to be called… I’m not sure what that has to do with any of this, but it does give you a little back ground into his personality. I suppose if there was one thing on the planet that could put this guy into a fear coma it would be some sort of proof (fake or fact), such as a photo, Youtube video, Destination Truth episode, a blog post… anything really, which revealed that there was, in fact, a little person ghost out there maliciously haunting people. I wonder if it would overload his fear capacitor and he would become the next Evel Kinevel? 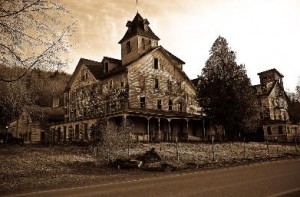 On more than one occasion it’s taken me about half a day to convince him that his house is not haunted and that he can go home again. To be fair these are the exceptions and not the rule. I’ve talked him though a code red on two separate occasions. He arrived at work determined that he would not set foot in his home ever again. By the end of the day his resiliency was worn down to the point that maybe he’d be willing to take a nap in the house just to make sure nothing was going on… but if something else happened, I had to promise to help him move. So far, he’s deferred hiring any moving vans.

I’d say that at least once a week we have a “ghostly” discussion. Here are a few actual conversations I’ve had with him:

I must admit that there has been a time or two… probably more… okay, definitely more, that I have taken part as the instigator. Telling him stories that people have told me, or sharing blog posts I have read, like a recent one about a child ghost playing with some little kid’s toys, which a friend of mine wrote about just this past week on his blog Atypical Read. It’s a pretty good story and worth checking it out… though please note, the author does have an affinity for using abrupt language that most people would consider “not safe for work”, unless you work at sea that is. 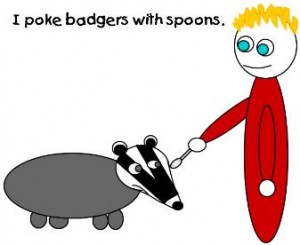 I’m not sure why I instigate it. Perhaps it’s my fascination with my seeing my friend light up and get so passionate about something so frightening to him… it so, well, brilliantly human. It’s oddly inspiring really… embracing what scares us, instead fleeing and hiding from the unknown. So, I’ve decided to start doing just that. At least once a week I will get my brain out its lazy boy and do something a little uncomfortable, scary even. I think my “ghost days” will be a good reminder of that. Today, I’ll be submitting a story to someone that may want to share it with others, or that may want to print it off and use it to start a fire that their children will use to make a batch of s’mores for a community bake sale to help earn some money to buy new pots and pans for a local soup kitchen… which is still pretty cool. Either way I’ll have done something that is a little scary for me sometimes. Still, it looks like it’s going to be a pretty good day.

What would your first “ghost day” action be?