by Richard Timothy | Oct 15, 2009 | Fiction, Made-up Movie Reviews, Something I Know Nothing About | 6 comments

I have decided that the reviews of things I know nothing about should probably carry with them a disclaimer, so here it is:

This review is based solely on the authors own imagination and personal opinion. The author has received no information pertaining to the highlighted product prior to the writing of this review, except for any nationally released previews or other visual displays pertaining to the highlighted product. This review is not intended to be taken seriously, but if it is, boy are you (the reader) in for a big disappointment when you actually experience the reviewed product expecting it to reflect in any way, shape, or form, what the author made up. This review is purely for entertainment and satirical purposes. Please note that if the obvious fabrication of this review proves to be more entertaining than the actual product highlighted in this review, it is clear that the creators of the original product should hire the reviewer to assist them in creating a much better product in the future. In short, I wrote this so that people might laugh.

Sounded all professional didn’t it. So, without further ado, my review of Amelia… 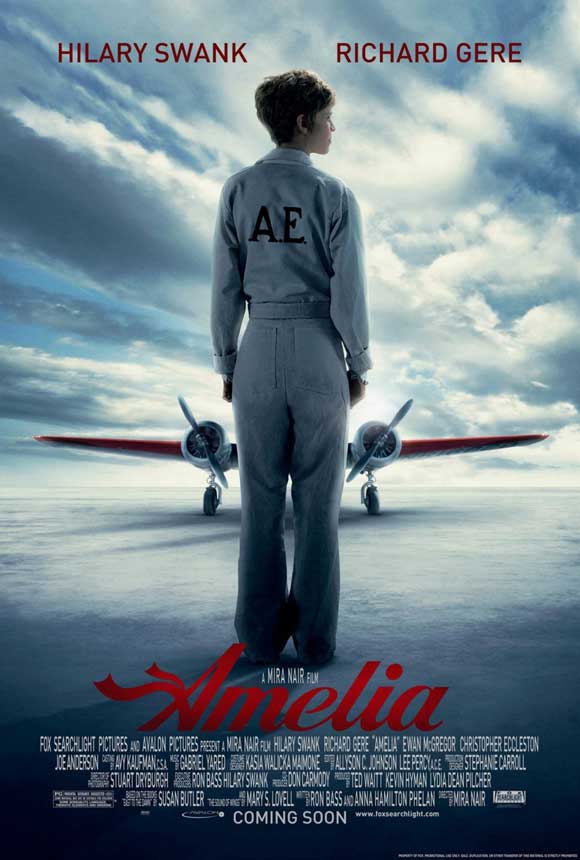 Amelia (Hilary Swank) is based on actual rumors about events focused on love, determination and, a whole slew of other human emotions that cause you, the viewer, to be moved enough to wonder if such people ever existed. The setting of the movie takes place in a not so distant past, when men enjoyed bourbon for lunch and three dirty martini’s and a 16 ounce rare steak for dinner. Mayonnaise was added to every possible food dish made in the US and the mob was still run by gangsters that had funny names, but you would never tell them that because they would kill you and your whole family.

Working in a bubble gum manufacturing plant by day, Amelia is also a dancer by night, trying to make ends meet and to save enough money for her dying mothers liver transplant. When her mother’s health suddenly worsens, she decides to sign up for an experimental government project.

An hour before she is to go to the testing grounds, Bruce Campbell (played by Richard Gere) bursts into her home and tells Amelia that he is from the not so distant future and her continued existence relies on her going with him. She refuses to believe him until he pulls a digital camera out of his jacket and shows her pictures of herself in the future standing next to a Taco Bell.

With this irrefutable proof of his claims to be from the future Amelia goes with Bruce and for the next thirty minutes of the film you enjoy a montage of Bruce and Amelia going to a road trip cross country, telling jokes, laughing, and having picnics. The montage ends with the duo arriving at a mostly abandoned air field in the middle of the Nevada desert. There is a fully gassed secret military airplane waiting for them and one guard that is easily subdued by Bruce giving him the Vulcan nerve pinch. 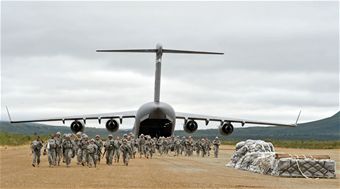 As they take off, 50,000 National Guard appear out of nowhere and surround the air strip. Ten full minutes of weapons being fired and various empty building blowing up around the air strip ensue. As the explosions stop we see the completely unscathed plane climb into the clouds.

Bruce tells Amelia to take the controls while he goes into back of the plane. Amelia starts a monologue about the awe of flying and how someday she will be known for her love of flying, which she is experiencing for the first time. As she finishes her monologue Bruce returns to the cockpit, and she informs him that they are now starting to fly over the Pacific Ocean. How they arrived over the Pacific in such a short amount of time is a complete mystery. 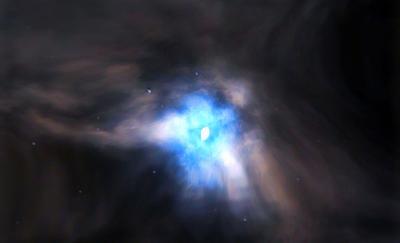 A minute later Amelia tells Bruce that they are now 300 miles form the Californian coast and that they are flying into the middle of a big storm. As pieces of the plane begin to fall off, a space and time riff opens and Bruce and Amelia fly into the present. The plane lands at a Fox Searchlight Pictures studio secret base. They are greeted by some studio executives who hand Bruce a contract for him to start in two new Army of Darkness films. Bruce then sums up his role in the mission by saying, “I did it all for my art baby, but the picnics were groovy.”

Amelia is ushered into a small room and is informed that her mother’s surgery was a success. Her mother lived an additional 20 years, spending most of it searching for what happened to Amelia. When she asks to see her mother, Amelia is told that her mom has been dead for over forty years. Amelia cries.

Amelia is finally told why she has been brought to the future. Hollywood needed her to accurately tell and portray the story of the greatest female adventurer that most Americans have probably heard of, and that female adventurer was her. But to pull off the film, she needs to take on a new identity. We then experience another montage of Amelia becoming present day Hilary Swank, who is casted to start in the movie Amelia. The film ends as Amelia Earhart, who is now Hilary Swank, takes her place on the set as the first scene for the new epic film about Amelia Earhart begins shooting.

Amelia Review (The Short, Short Version)
Amelia (Hilary Swank) travels from the past to present day to become Hilary Swank so she can play the role of herself in a new Fox Searchlight Pictures film called Amelia, and Bruce Campbell (Richard Gere) helps.