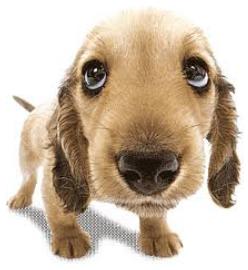 Have you ever be holding an animal of overwhelming adorability, like a puppy, or bunny, or kitty, or some other little fluffy animal ending with y? Then, as you are holding this ball of cuteness you are hit with this sudden urge, almost as if it were a sugar rush. It comes out of nowhere and the next thing you know you are filled with this intense urge to uncontrollably squeeze this implement (animal) of cuteness. It begins in your jaw, and as the feeling builds up, your jaw starts to clinch shut, tighter and tighter, until the teeth in the back of your mouth begin to ache a little.

Then the urge to squeeze kicks in, but the second it does so does a sort of mussel lock causing your whole body to flex, stopped any over squeezing to occur. While in this moment of impasse you mind is usually filled with the saying, “So are sooo cute! I can’t even stand it!” Sometimes this phrase is actually said to the animal, and other times it stays internal. This seizing moment is kind of like a conflict between instinct and your mental control over instinct. Your instinct is to uncontrollable squeeze this creature of such cuteness magnitude with no inhibitions, but you mind keeps you from doing that so you can continue to bask in a kind of cuteness euphoria.

It’s not just adults, although I think we have better mental control than kids. When kids get a hold of some type of creature of fuzzy cuteness, they will squeeze with no intent to stop, which is usually how they get bit, scratched, kicked, etc. This is why stuffed animals are such a hit for the little people of the world. With stuffed animals kids can release their cuteness overload and squeeze the stuffed animal with worry about harming anything alive in the process.

The reassuring thing is that I know I am not alone in this. I have seen kids and adults both go into these fits of over stimulated cuteness, and I’m grateful for that. It is still a little confusing though. I mean, where does this cuteness overload come from? Is it part of an anti-cuteness gene that science has not yet deciphered? Resulting in, when our cuteness sensors are over stimulated, an uncontrollable urge expel said object of cuteness so that we don’t overload to the point of self expulsion. Perhaps this is where the phrase, “So cute I could die,” comes from.

Because I see this as a bigger issue than it really is, I have given some though to ways that can help suppress this urge to uncontrollably squeeze a creature of cuteness. Here is what I have come up with so far. 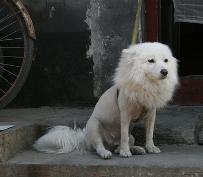 When the overload feeling begins to build, imagine the animal you are holding as naked… well saved, shaven… without any hair. I think the fur is a direct component in the cuteness overload. When you think of a puppy with no hair you might still think it’s sort of cute or cute-ish, but you will attach more sorrow to the creature instead of cuteness. The result can lower the overload and cause you to feel sorry for the poor little thing instead. It can also cause you to expel such sounds as, “ohhhh” while softly laughing, because even though it’s not funny, it’s still a little funny.

Put the creature on the ground and play with it in a way that gives you physical distance from it. If it’s a kitten, have a piece of string you can taunt it with. If it’s a puppy get a tug-a-war rope, or ball, or laser pointer. It seems that direct physical contact with the cute culprit is responsible for the overload buildup. If you are not holding, petting, feeding by hand, etc. you will not experience this buildup.

Deterrent 3
Practice future visualization exercises. Imagine that the animal is now older and willing to pass gas while lying beside or behind the sofa while friends are visiting. It expels an odor so pungent that everyone leaves the room. This self projected future embarrassment should also help to alleviate the cuteness overload buildup. 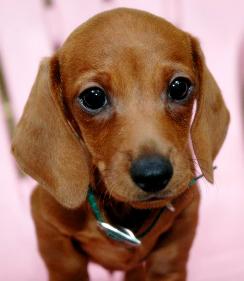 And that’s all I have at this point. Just remember that it is a common human condition to be suddenly stricken with the urge to uncontrollably squeeze small fluffy animals registering in ultra high levels of adorability. It is also common for your body to experience a quick sudden seize up to keep you from over squeezing these animals. Do not feel bad about this, or think there is anything wrong with you. You are not alone and you are perfectly human. It’s just that I think at some deep genetic level we are all allergic to cute.

If you have any additional cuteness overload deterrents, please share. I for one would love to hear them.