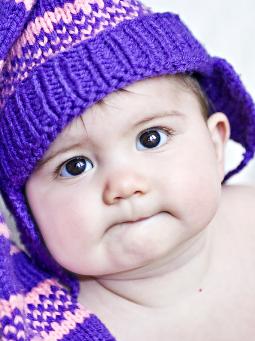 This actually started as a side thought while I was working on the “Allergic to Cute” Smirk I did yesterday. With the Allergic to Cute post now over a day old, I can confidently say that it is a documented fact that cute fuzzy things evoke in us an impulse to uncontrollably squeeze them. And by documented fact, I mean it’s a fact that I have documented this human condition. Now take away all the fur, and add rolls of chubbiness and keep the adorability level at high and what happens with this impulse? Babies are associated with this allergic to cute concept, but the reaction is a little different. The desire to squeeze subsides, but the uncontrollable desire to eat them comes to the surface in full force.

On Sunday my ten month old nephew was with his mom over for dinner. After dinner concluded, I found myself holding the kid while his mom was getting his bottle ready. I noticed that while I was sitting there holding on to his roly poly little arms, I had a sudden urge to bite him. Not in a “Braiiiins!” way, but more of a “I just wanna eat you!” jovial way. I even went so far as to take one of his pudgy hands and put it in my mouth just so I could feel the baby skin next to my teeth. It was oddly soothing and satisfying and removed as desire to what to make a snack out of him. 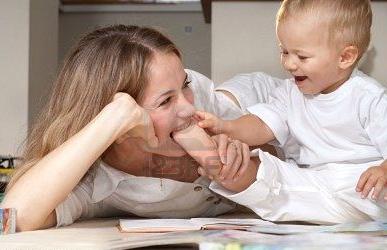 I know I’m not alone in this too. I see people doing this all the time with cubby babies. I would dare say it is a worldwide practice. People are always putting baby feet or hands into their mouths and lightly gnawing on them. Some even make a game out of pretending to eat up the baby whole, complete with “chomp, chomp, chomp” noises they make while miming the actions. I makes me wonder if blowing on a baby’s tummy is really a game to get the little thing to giggle, or is it actually an attempt to vibrationally tenderize the baby, which I think would only add to its adorability and yumminess levels. There is also the arm biting where people will grab the baby’s arm and start lightly gnawing on it like it were corn on the cob.

I’m not saying we should begin baby consumption, although we do take part in this already at certain levels… namely eggs, oh and caviar, which I guess is still eggs. There is also the veal eaters, which most people agree belong right above “that couple that bring their baby to a 9 PM showing of a rated R movie and refuses to take them out of the theater when it wakes up and starts to cry” people on the All-Time Most Despised People list. Yes veal eaters are worse than the crying baby at movie people. 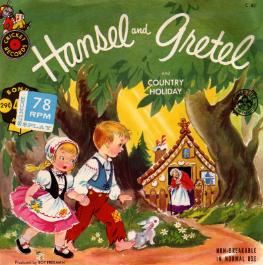 On a literary level, the one thing that this realization has done for me is allow me to connect with the witch in Hansel and Gretel a little more. I have no plans on changing my views on the outcome of the story. I just I understand her motivations a bit more. Did she deserve to be cooked alive in her own stove? Yes. That is what I like to call the golden rule of karma. Now had the kids eaten the witch after she was cooked, then we would have had ironic karma, which is just as good as regular karma only with an additional “ha ha” mixed in with the story telling portion of it.

I guess if I was to leave you with one thing it would have to be… “NO! Don’t eat babies!” There, that should do it. Seriously though, lightly gnawing on babies is fine, but really, that’s it.

Come on, you know you crave gnawing on babies too. Fess up.