by Richard Timothy | Jan 26, 2010 | I Think There's a Point, My List of Things that Don't Suck, Non-Fiction, Observationally Speaking, Public Service Announcement, Something to Wine About | 2 comments 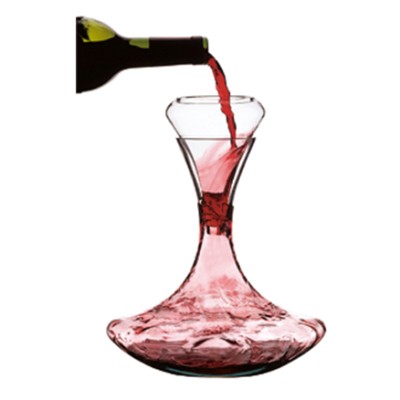 There is something eminently satisfying when friends are over and you’re enjoying a collective collaboration of wine and one of the wines are being a little stubborn about wanting to open up so you pull out a decanter, which is not to be confused with a decatheter (which is actually nothing, but sounds like its related to a catheter, which does give one a moment of pause). You’d be amazed at the looks people give you when you mispronounce one for the other.

I’m a great fan of the decanter. Essentially it’s the masseuse of wines. When a wine is a little to tense and just can’t relax enough to let’s its true potential come out to be shared with others, the decanter, removes the “can’t” and makes it a “can”… usually.

A few weeks ago, there was a lovely little gathering at the house, were I had an old friends, who had just moved back to town, meeting new friends, because I’m a big fan of my friends being friends with my friends. Sure it’s a bit redundant sounding, but I think it makes sense. One of the wines that gathered for the occasion was a short life wine, meaning that it was designed not to last very long. It was only a year or two old and it had already peaked within that time. A peak is when everything comes together in the wine just right so that the flavor is at its perfection point. If you wait to long though, the peak expires and the flavor of the wine begins to pass away into a vinegary death.

The wine had peaked in November, and the friends that tried it over Thanksgiving were so smitten by the taste that they grabbed a few bottles to take home with them. You would think that two months would not make much of a difference, but then we popped that little tyke open and gave it some time to breathe, the wine had already entered retirement. 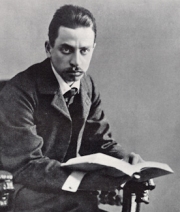 Still there was hope, there was the decanter. We unsheathed this tool of spirited divinity and… seriously? Spirited divinity? I’m really getting into this aren’t I. Ok so maybe I read a little too much Rilke this weekend, but it was worth it damn it… besides, can one really read too much Rilke? Answer now or answer later, but it is worth answering. Even if you’re not a fan, it can always be said that at least it’s not Vogon poetry.

Right, so we poured the entire bottle into the decanter and gave it another 30 minutes. The wine refused to revive. In events like this, there is one key ingredient that can usually bring wine back to life, and no, it’s not lightening, no matter how many mad doctors tell you contrary. When a wine fails, I say turn it into a wine that almost always succeeds. Turn into sangria… just add fruit.

There is something incredibly dreary about seeing a near full bottle of wine being emptied into a sink, never to be heard from again. So, I took the decanter of dying wine and added two oranges, one lemon, two limes, a handful of frozen blueberries (because I found them in the fridge), and about two cups of Sprite. I’m not sure why, but it seems there is something amazingly compelling about a container of liquid that is filled with fresh fruit. Ten minutes later, the decanter was empty, except for a few orange wedges.

I’m not sure if fruit is universally the great liquid rejuvenator. I don’t think a splash of lime juice would correctly accent a twenty year old scotch. Nor do I think a tablespoon of puréed strawberries would compliment a dirty gin martini. In vodka’s case, yes, fruit always helps. In the case of beer though, it’s a bit of a hit and miss. 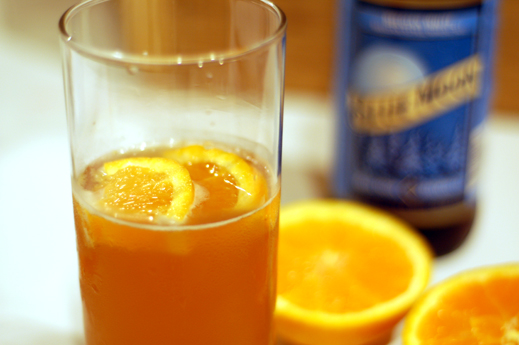 An orange wedge in a pint of Blue Moon receives the type of praise that some people only reserve for masterfully performed opera. At the same time, if you were to ask for a lemon wedge to be added to your Guinness, there’s a chance that some Irishman might smack you in the face due to your flagrant sacrilege toward the perfected stout. But for wine, it’s a life saver.

You know, I had a reader recently ask me if there was a point to my writing. I mean for me yes, there is always a point… the point is to write it. Then there’s the hope that the person reading it is entertained enough that at some point they smile or even laugh to themselves. For the reader though, I think that sometimes there really isn’t a point, or message. I think message is more of what they meant.

And I think sometimes there might not necessarily be a message, just an observation. But today, there is a message, and that message is:

If your wine sucks add some fruit and maybe a little sugar and make that bugger into sangria.

It might not be very poetic, but it’s pretty damn useful… and it makes me happy. If I can save just one crap wine from the disheartening pour down a drain, then my mission today has been a successful one.

And to those of you that don’t drink wine, a little wedge of lemon can always add a little pep to whatever your drinking… except coffee maybe. That hurts my brain to even think about that one. You never know though, there might be someone out there are not only has tired it, but loves it. Still, I hope I never have to have that conversation.

I guess there’s only one thing left to add… Cheers! 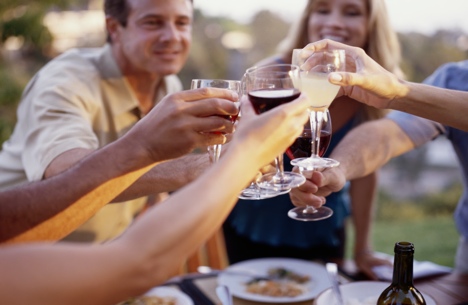 Do you have any “save a dying wine” formulas that have worked for you?