With the November wine party now over and done, and with all the bottles still sitting on the kitchen table, I figure there is no better time than now to do another installment of Something to Wine About… a Smirk wine review.

The evening consisted of seven bottles of wine (one white, six red), a pitcher of a lime green colored alcohol blended concoction, and a wine sized bottle of high octane beer that someone brought from one of our local micro breweries. Now considering there was only eleven of us, one of which was not a wine drinker (hence the pitcher of whatever it was that I put in there) that meant there were ten people consuming the eight bottles… not too shoddy of an accomplishment.

Of the six reds, three were Pinot Noir. Of those three, the one that created the most notable “Mmm” from a majority of us was the last bottle of the evening. Yes, yes I know. At the end of an evening of drinking multiple bottles of wine, there is always going to be a unifying “Ahh” as the last bottle is opened and consumed. There are a few reasons for this actually. First, it’s a result of that glorious popping sound the cork makes when it’s removed from the bottle. I love that sound. Every time I hear that loud pop, I can’t help but start smiling. 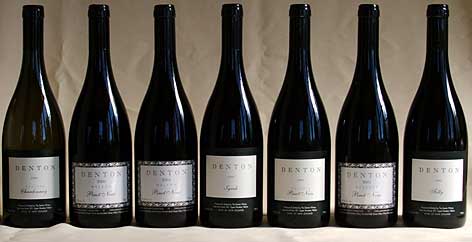 Secondly, there is a certain amount of haze inspired yumminess that occurs after six bottles of wine, meaning the more wine consumed over the span of an evening the better all the wines begin to taste. You sort of lose your unbiased opinion/observations about the wine you are drinking.

It’s an age old practice, some wines need to be saved until after the first two or three bottles, then the wine is much more drinkable. If you start with those wines, there’s a good chance the bottle will remain half to mostly full the entire night. For that reason alone I did recork the last bottle once everyone had tried some. There was only half a glass left, but at least there was enough for me to have a few more swallows the next day so that I could have a few uninhibited tastes and tell you if it was a good as I thought it was the night before.

After my sampling, here’s what I can tell you about the 2007 Pinot Noir Edition Maximilian (Rheingau). First of all it was purchased at Trader Joe’s for $5.99. 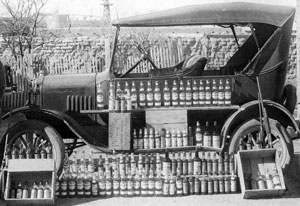 Ok, no, I couldn’t tell that from tasting the wine, the friends that brought it told me that. Trader Joe’s is a store a have much love for, and am greatly saddened that there are none in Utah. Which means… yes, we drank bootlegged wine that was purchased in Nevada and smuggled into Utah for our drinking pleasure. Who knows, maybe this knowledge helped heighten our experience drinking it. I know I for one was downright giggly at the thought that I was breaking the law with every sip of that bootlegged hooch.

The wine was of Germany decent, but the only way I was able to tell you that was from reading the label, I really didn’t get any German vibes while tasting this wine. Unlike most Pinot Noirs though this wine was very light in its tannins and acidity, which gave the wine a very fruity initial and after taste. In fact, sweet and fruity consistently describes this wine from start to finish. It was missing the added flavors of wood barrels and a nice dry after taste that has been more common in other Pinot Noirs I’ve enjoyed. Had I closed my eyes and drank this wine without knowing it was a Pinot Noir, I would have sworn it was a white wine.

Taking all things into account, this would be a great red wine for people who commonly drink and enjoy sweeter white wines. It would allow the drinker to try something red, but the flavor and experience would be closer to the wine flavors they are use to and enjoy more.

To you dry red wine lovers, this is a Pinot that you probably want to skip.

And to the wine party, I thought this red was a lovely finish to all the wines we had that night.

It was refreshing, and I enjoyed the way the fruit flavors playful danced around my tongue. Also, it did nicely accentuate the food we were munching on throughout the evening. If I had to sum it up in a Sideways inspired phrase, “Tastes pretty good to me.”