Why some Seniors are Denied their Discount 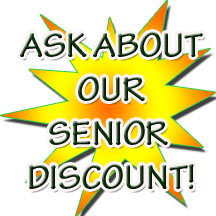 My cutie-baby-sweetie-pie-wifey-pooh’s best friend conveyed this story to me, since she were there when it happened. She is related to the senior who was denied her senior discount at a local eatery that just so happens to be a franchise of international claim, but I only think they exist in the US… maybe Canada and Mexico, but that’s it. To avoid naming names I’ll just simply say that this place spends a lot of its time focusing on cakes of the pan variety and have an affinity for that jumping action that bunnies seem to be so proficient at.

Sadie (the senior) was in sitting in the back seat feeling a bit peckish, in the way a bear might feel peckish after a six month nap. As they were driving down the road she noticed a big sign on the side of the before mentioned restaurant that said, “Early Bird Senior Discount – 50% off!”

Sadie realizing that she was the only one in the car that this sign applied to, had a moment of charity that was driven by her ever growing urge to eat something as soon as possible. She told the driver to go to the restaurant and that she would be taking care of the bill for everyone. Like most people I know, have known, will know, and will never meet, but if we did they would also be of the disposition that when free food is interjected into the conversation there is a high probability that the people that are presented with this type of offer are going to take you up on it. The people in the car with Sadie were no different, and soon everyone was out of the car and sitting in a booth inside the restaurant. 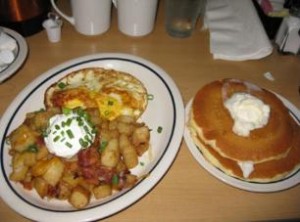 “Order whatever you want I am going to get a stellar discount,” she told everyone at the table. Then, as the waiter approached the table, she informed him that she would be picking up the entire check. As they ate Sadie expressed how excited she at the new year and how excited she was at being a year older so that she could finally get all the senior discount at movies, restaurants, museums, and everywhere else that offered them. After everyone had sufficiently stuffed themselves with eggs, bacon, waffles, and whatever else people eat when they decided to have breakfast for dinner, the bill arrived.

As Sadie looked over the bill she noticed that they had not given her the senior discount and called the waiter over. She pulled out senior ID card and handed it to the waiter, “I forgot to show you this so I can get my discount.” 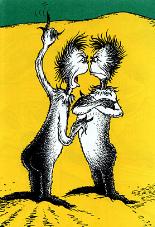 “It’s for your high school.”

The waiter blinked. Then a little baffled that he had to explain it, said slowly, “The discount if for senior citizens, not high school seniors.”

The table started to shake as everyone sitting down tried suppress their laughter.

“But your sign outside doesn’t say that!” Sadie demanded.

“I’m sorry miss, but the discount is only for senior citizens.” And he walked away from the table.

By now the table was a roar of laughter. Everyone except Sadie, that is. She was trying to find supporters to her cause, claiming that it was false advertising. But that only got everyone laughing again, mainly because she was so serious about it. Her mother then explained to her that all of the senior discounts she had been looking forward to were, in fact, only for people age 65 and above. None of them applied to seniors in high school. 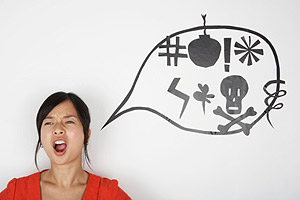 Sadie was a little deflated by this realization, but to help her feel better about the little misunderstanding, her parents offered to buy her dinner instead of the original plan, which, as I stated before is not the type of offer people seem willing to turn down. She got over it eventually. However, her mother did tell us that if you ever bring up the phrase ‘senior discount’ in Sadie’s presence, she almost always blurts out in a type of Tourettes inspired uncontrollability, “False Advertising.”

I even tried it once when we were over at their house while Sadie was there… her mom was not kidding.

All in all, I thought it was a grand story and now, every time I pass one of pancake restaurants I always find a smile has landed on my lips, as I think about the senior who was denied her senior discount for being the wrong kind of senior.

Do you have any ‘lost in translation’ stories? I’d love to hear them.