Why Parent’s Make Up Pointless Rules… because there’s a point… I think.

by Richard Timothy | Nov 17, 2010 | Adolescent Shenanigans, I Just Don't Get It, I Think There's a Point, Non-Fiction, Observationally Speaking, When I Was a Kid | 4 comments 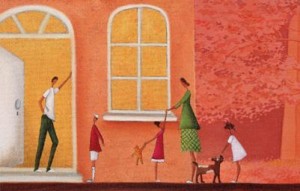 Families are odd little things. They are their own country in a way, with rules, laws, regulations, and rulers. In looking at some of my friends growing up and their family world was quite different than mine. The ruler concept is always easy to understand when you go from home to home. It was always the parent(s) and when they were not home it broke down oldest to youngest.

Then there is the collection of rules that you need to follow to ensure you didn’t get beat, verbally reprimanded, put in a corner on time out, or hugged and kissed in front of your friends until you promised never to do that again and amazed the embarrassment didn’t kill you. The thing that is so incredible to me is the absolute adherence you had for so many of these rules growing up. Rules that make absolutely no sense now, but back then, sure, you could see the point… if only because your parents would explain your confusion with the always “impossible to argue with” statement, “Because I said so.”

One of these rules recently came to mind one evening while I was enjoying a bowl of “magic soup”, which I believe most people call cereal. I mean I call it cereal as well, but only when I’m having it for breakfast. The rest of the time it’s lovingly referred to as “magic soup”, because… it is. Cereal enables to you build a magical fortress that you can hide behind, or do games on the back, or dig through to find a decoder ring with a special message on the box that, once decoded, tells you to eat more cereal. 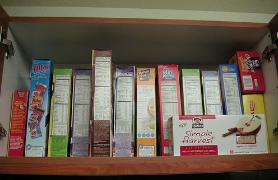 The cereal rule I had growing up was a rule based on sugar. Because sugar cereal was, is, and will always be more expensive that unsugared cereal. I guess to be clear, for me sugar cereal constitutes cereal like Honeycombs, Frosted Flakes, Fruity Pebbles, and Lucky Charms, where unsugared cereal means Corn Flakes, Cheerios, Raisin Bran, and Corn Chex… even though technically they all have some sugar in them.

The rule was this; we could only have sugared cereal on the weekend, Saturday and Sunday, and only one bowl for each day. The rest of the time, if we wanted cereal for breakfast, we ate crappy unsugared cereal, which I would drown with sugar. Seriously, after all the cereal was gone I loved slurping down the left over milk, which was about half sugar. It had the consistency of clam chowder. The thickness was a result of all the sugar I poured over the flakes, one bite at a time. Thinking about it now almost puts me in a sugar coma. Pardon me while I embrace an uncontrollable shiver or two. (/shiver) Seriously though, left to my own devices, my regular cereal had about three times more sugar than my sugared cereal. And yet, I remember the sugar cereal always tasting so much better. 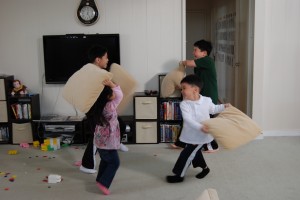 We followed the rule too. Mainly because if any of us screwed up, or took sugared cereal on a day we were not supposed to, everyone would lose their sugar cereal rights for about a month. Not to mention that there would be a good chance that you would be accosted by all of your siblings when the parents weren’t looking.

In looking back, there is one thing about this rule that makes absolutely no sense… Sunday! I managed to grow up in a religious home were every Sunday we would go to church. Now while at church it was hammered into me that church was a reverent place. A place where I was to sit quietly, listen to the stories teachers would read, and above all else I place where you behave.

So my question is this, if good behavior was an important aspect to the overall effect of this church going experience, then why was one of the only days of the week I was allowed to get wired and jacked up on sugar cereal on the morning of the day I would be going to church. There was no chance in hell I was going to sit quietly though an type of meeting after emptying a bowl of Fruit Loops just before going to a build designed to get people engaging in some type of holy experience. 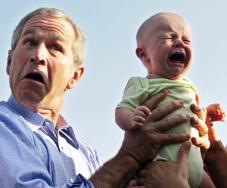 Occasionally my parents did experience good behavior on my part, but this was only because I had opted to add sugar to my sugar cereal and by the time we got to church I had already hit my sugar peak and was crashing right as service started. I’d sleep through the whole thing, which I suppose was a rather peaceful experience for me as well. Although there were those times that I think my parents, usually my dad, appreciated my sugar rushed behavior, but only on the occasion that a sermon was excruciatingly drab and dreary. If, I mean when I’d misbehave on days like this, my dad was always more than happy to pick me up and escort me out of the main room.

Sometimes he’s smack me on the butt, because I’d more than likely earned it. Other times he’d just smile and give me a hug and take me outside to run around the building to work off some of my excess energy while he sat outside and watched me (out of earshot of the sermon being shared inside). Apparently, sometimes badly behaved children can be an answer to a parent’s prayer… but only if that prayer is for the sake of getting them out of church. Who knew? At least I’m glad I could help. Who knows, maybe that’s the reason right there for why sugar cereal was only allowed on the weekend.

What were some of the rules you had growing up that when you look back made absolutely no sense?