Who You Gonna Call…

by Richard Timothy | May 20, 2010 | I Do Suggest, I Just Don't Get It, I Think There's a Point, Non-Fiction, Observationally Speaking, Something I Know Nothing About | 6 comments 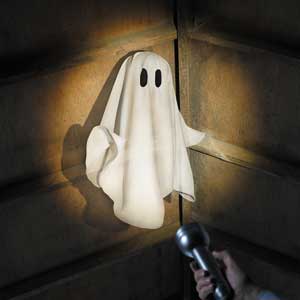 There are some things that I do my very best not to have an opinion about. Things like, is the Loch Ness Monster real, which car would win in a race between a ’70 AMC Gremlin and a ’71 Ford Pinto, or are all babies cute? The answer to that last one, by the way, is no. Not all babies are cute. I have seen some ugly babies in my time, I just lie a lot and tell people their baby is cute…. Ok so I guess I do have an opinion about that last one. The point being, there are some things I do try to remain opinionless about. One of those things just happens to be things of a paranormal nature, or monster related sightings.

This, however, is becoming a little more difficult as of late, mainly due to the barrage of recent television shows focused on these very topics. Let’s list a few of the shows currently dedicated to “finding proof.” We have Ghost Hunters, Ghost Hunters International, Paranormal State, Destination Truth, Monster Quest, Ghost Adventures, Most Haunted, Unsolved Mysteries, Ghost Hunters Academy, Ghost Lab, The Haunted, A Haunting, Scariest Places on Earth, Psychic Kids, Scooby-Doo, and Creepy Canada, just to name a few.

I don’t know about you but that list seems a little excessive to me. I get that the reason more and more of them are popping up is because they are relatively inexpensive to make, and people seem to be watching these shows a bit more than they have done in the past. Still, I do have my gripes. Some shows seem more focused on displaying their designer tee shirts and immaculately styled hair than they are on finding anything paranormal. That’s right Ghost Adventures boys, I’m talking to you. Stop pretending to be possessed because you are not strong enough actors to carry an episode it’s full 43 minutes. You’re not fooling anyone… except maybe all the 13 year old girls that watch the show because they think you’re cute, but they don’t count. That age group is responsible for things like Hanna Montana and New Kids on the Block, not a lot of reliability when it comes to good taste at 13, except maybe Flintstones Vitamins.

Then we have the monster hunter type shows were people interview locals about what they saw anywhere from three months to 47 years ago. Then they spend one evening searching for the said monster/creature of myth and at the end… the one thing you can count on 100% of the time is the use of the phrase, “the evidence is inconclusive,” or as I like to call it the “we got nothing” disclaimer. 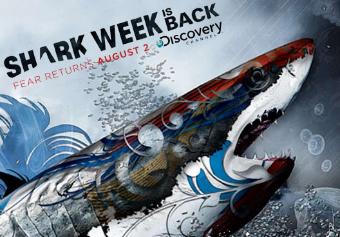 Why do I watch them then? I think it’s a kind of 20/80 reasoning. 20% of it is mildly entertaining and 80% of it I enjoy, but it has to do with the research and history of were these myths may have originated from and I get to learn about new places around the world. Yes there are times when I am the Discovery Channel’s bitch, and discover I’ve spend three hours in one sitting watching that channel… damn you Shark Week.

My true lack of appreciation for these shows has to do with the losers of these shows. Let’s take one of the hunting for ghosts’ shows. You have these people who are caretakers for some estate, cellar, boat, theatre, or deteriorating insane asylum who believe wholeheartedly that they have their own little piece of the paranormal puzzle. Then they bring in these so called experts who put up a bunch of cameras and audio recorders and then spend maybe six hours total in the building and come back telling boasting “I think we got something.”

Then when they go back to the caretakers and reveal, “… they got nothing” and in their opinion their paranormal puzzle piece is just a piece and is not paranormal at all. Those moments always make me sad, it’s like when you discovered ** SPOILER ALERT** Santa wasn’t real, or the Easter Bunny didn’t really lay all those eggs you found in the backyard. It’s one of those moments that you lose a little piece of your imagination. And that is what happens to each one of those people who are told that their paranormal place is not haunted, poor things.

At least the people that are told their special place is haunted get to revel in that for a bit. I do wonder though, don’t you think TAPS could start some kind of rating system for “officially haunted” places, kind of like a ZAGAT rating for restaurants. The higher the rating the more paranormal activity a location has. Owners of these establishments could place their little TAPS rating plaque for people to see and to use it as a tool to help them plan where they would like to go on their next holiday. I mean, I know I wouldn’t use it, but I’m sure there are plenty that would.

And since I’m giving suggestions for improving these shows, there is one thing that would universally help every single one of these ghost finding shows currently on the air. All you have to do is look at the greatest ghost hunting team of all time and you will know exactly what I mean… they need a pet. The reason for the interstellar success and fame of Scooby-Doo is because they had a pet, they had Scooby. And yes interstellar, the sheer grandeur and magnificence of Scooby-Doo has vastly exceeded our solar system… I don’t care that I can’t prove that statement, the fact is it’s still true. I say pets because I’m not sure if this paradigm is strictly dog related or if it is a bit more open to just pets in general.

Now there are some shows that do attempt to use elements from Scooby’s many documented cases. Case in point Most Haunted. Just like the Scooby, the Most Haunted team spends a large portion of their time running away from every sound, movement, reflection, and anything that could even possibly be connected to any form of paranormal activity. Well done, you learned well from Scooby and Shaggy. The first time I saw this happen, I was all for spending a little more time with this band of “fraidy cat” investigators. After about three more situations like this in about a five minute time span, I gave up and changed the channel. 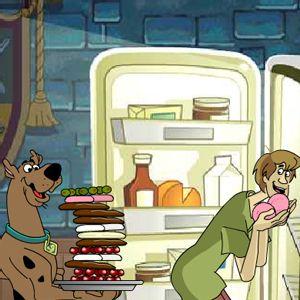 There was one key element that Most Haunted missed, an element that causes the Scooby performance to succeed and the Most Haunted performance to fail. This is the food motivated regrouping process that occurs after the run. Now if you were to have the Most Haunted crew forget about ghosts and begin looking for sandwiches then you’d have something I’d be willing to keep watching. Not only did they run away from ghosts, but they were able to make a four inch thick sandwich from random food they found in the house… now that is impressive.

Also, there is one final element… the Scooby snack. I have no idea what kind of narcotic a Scooby snack is, but it restores energy and courage to the heroes and enables them to continue with their ghost hunting without running away, and thus the evidence for assigning a location with the title “Haunted” is completed. Perhaps the Most Haunted crew needs to take a bunch of valium after they finish their sandwich, reinforcing in them the state of lucid calm. That way the next time they see the light from the camera filming them reflect in a mirror they won’t run away and instead walk up to that reflection and pet it until it either gets bored and runs away or until they become friends and can go find something a little more ghostly related.

As for the reality of whether these shows are true or false, real or fake, fact or make believe, I really don’t have an opinion. People believe what they want. I do like that it encourages people, especially adults, to use their imagination a bit more. Ghosts or not, I think we could all use a bit more imagination in our days, I know I could. One favor though, when using your imagination please try to avoid yelling, “What was that!” every time you walk into a room. It can get a trifle wearing.

What are your thoughts on the topic?