Who’s Following You? Time Will Tell. 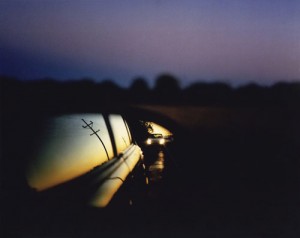 I ended up working a little late yesterday and as a result the sun had already dropped behind the mountains by the time I started my commute home. It during that magical hour where half of the people on the road are turning on their head lights and the other half are debating with themselves if it is actually dark enough to turn on their lights or should they wait a little longer. This special hour is also the time where those who drive with sunglasses struggle with the decision to remove them for the rest of the drive home.

If you are one of those who usually drive with sunglasses on, like me, you understand that the commitment to keep them on until you roll into your garage is a very powerful urge. Ok, in truth I usually just forget until something in the back of my mind reminds me that it’s getting too dark to clearly see my surroundings.

I have the same problem when I working on my computer at home. No, I don’t work on my computer while wearing sunglasses, but what I have done on at least once a week is sit in my office typing away and then suddenly realize that I am struggling to see my surroundings. This usually equated to me having a hard time seeing the keys on the keyboard. I suddenly realize that I’ve been sitting in the dark for about an hour and get up and turn on the lights. 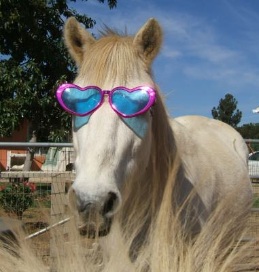 With my sunglasses there is a hint of narcissism attached to it, because sunglasses are just cool, and for some reason I have a tendency to believe that I am always going to look cooler wearing them as opposed to not wearing them. The only exception to this rule, those big silly gag sunglasses that people occasionally put on horses. No one was ever or will ever look cool in them. Not even Mr. Ed. So when driving in the dusk in to nighttime transitional hour, I’m usually on the closer to dark end of the spectrum when I finally take them off.

It was as I was driving home, and noticing that the person behind me had made all of the same turns I had made, that I starting thinking about how that dusk to nighttime hour can change a lot more than just my motivation to turn on my lights or remove my sunglasses. It’s the magic hour that turns normal strangers in their cars to crazy psychopaths that are obviously out to get me. Here’s what I mean …

Now depending on how close you live to work and how big the city is you live in, it can be common for the same vehicle to be behind you for miles. It takes me about thirty minutes to get home from work each day, and there have been days where I’ve had the same car following me for almost twenty minutes. When these situations happen I never give them a second thought, that is, until the sun goes down that is.

There is something about driving when its dark that invokes and entirely new, albeit skewed, perspective. Let’s say I leave the grocery store at 3PM and notice a car follows me out of the parking lot and stays behind me for eight blocks before turning down a side road into some cul-de-sac two blocks before I get to my house, I wouldn’t think anything about it. 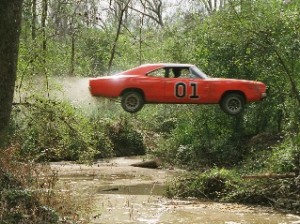 Now take the exact same situation and move it ahead a few hours so it’s now 10PM and officially dark outside. All of a sudden instead of a possible neighbor following me home, I’m clearly being stalked by a serial killer and if they are still behind me after five blocks my only option for survival is evasive maneuvers that I learned watching the Dukes of Hazzard as a kid. A sharp left, accelerate, a hard right, another hard right, and then I race to the nearest roundabout so that I can coyly do an anything but stealth O-turn to make sure no one it following me. And if someone happens to get on the roundabout while I’m on in, I’ll sometimes do an extra lap just to make sure I have escaped this new maniacal culprit. I’m just glad there are no ditches close by, because nothing says evasive maneuvers quite like jumping a ditch. I’m not saying I would, I’m just saying the temptation would be great.

So … am I the only one that goes through this? Does today’s Smirk ring true for you as well? I hope so. It’s always reassuring to know that I’m not alone. Especially when some “crazy person” if following me home from the store after the sun goes down.