by Richard Timothy | Mar 23, 2010 | I Think There's a Point, Non-Fiction, Observationally Speaking, Something I Know Nothing About, When I Was a Kid, Working Observations | 7 comments 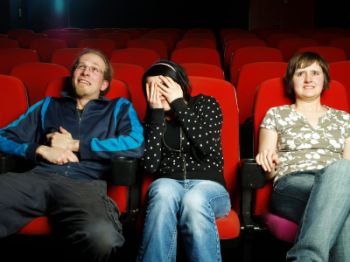 I want to start off by saying I do not like scary movies. Suspense films? Sure, I can do those. What I am referring to are films of the horror genre, namely the slasher, serial killer, psychopath, lots of blood and gore type of films. For the record, there has been the occasional film that gets me to invite them over for a sit down and while we spend 90 to 120 minutes together. You know, things like Shaun of the Dead, Zombieland, The Lost Skeleton of Cadavra, and, um… Ghost I guess.

When I was young I remember trying to watch the classics like Nightmare on Elm Street, Halloween, and the camp site one… oh yeah, Friday the 13th. The problem was I just couldn’t get into them. It was even a scary movie that gave me had my first nightmare. Granted, I was 7 and the film was Abbott and Costello meet Frankenstein. The wolf man in the film scared the hell out of me. In my dream the wolf man kept trying to catch my mom and eat her. I woke up in tears and ran to my parent’s room to make sure she was in bed and ok. Just to be on the safe side I even spent the rest of the night in bed with my folks… damn you Abbot and Costello and your evil wolf man.

I did make ample my efforts in my teens and early twenties to watch and enjoy horror films. I got the watch part down, but I never got to the enjoy part. It just wasn’t a good fit. So I stopped trying to get to the enjoyment phase of the films and moved on the films I would enjoy. I still have a number of friends and a lot of co-workers that are have much love, devotion, and adoration to the genre that is the horror film. I have one friend that is so dedicated to the cause that almost his tattoo collection consists of creatures from the horror film genus.

He loves the gore and goo and splatter of red paint being thrown against walls. He also has an ever growing list of the best horror movie kills. I know one of his top ten kills was is from the 2005 release of House of Wax. It has two levels of satisfaction for him. The first was the simple gore factor involved in how the person was inhumed in the film. The second part of his appreciation comes from the fact that it was Paris Hilton who was the one meeting her demise.

I was originally not aware of this, but after hours of horror movie conversation I’ve learned that there are actually a number of factors involved for the horror minded to enjoy a horror film. Here is what I have picked up so far:

With all of that now explained, you can begin to understand my befuddlement when I walked into my office one morning to find my co-worker and office mate a touch grumbled because of a horror movie he had watched that weekend. The first thing he told me is that he had watched one of the scariest movies he’d seen in some time. 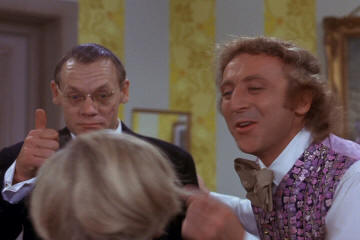 Not sure what to do with the sudden lull in conversation I congratulated him. It seemed like the proper response to someone who was such an advocate of horror. I figure if someone that dedicated to watching scary movies can find something that scares them that would be a bit like that Charlie giving the everlasting gobstopper back to Willy Wonka, or Picasso painting something that wasn’t blue.

According to my own imagination, Picasso’s blue phase was a result of purchasing a year’s supply of paint from eBay and didn’t read closely enough to realize that the supply of paint only consisted of blue and white paint. This realization put Picasso into a deep depression, which he did paint his way though. Still, it wasn’t until he actually sold a blue painting that he was able to finally purchase a different colored paint and bring a little color and joy into his life. Yeah, I know. I really should have become an art history professor.

As it turned out my friend was bothered because the movie which had sucked him in and freaked him out was rated PG-13. To the devote horror fan a PG-13 horror movie is actually cinema blasphemy. The only feeling I can think of that would compare to this is that moment when you realize that all of your fame and hit songs as a recording artist are a result of 10 to 13 year old girls being in love with you. And in another year or two they will be burning everything they own that has your picture on it because of the immense embarrassment they will suffer at the realization that they were so into you. That’s right New Kids on the Block, I’m talking to you. You might want to call Miley Cyrus and tell her what to expect.

Yeah it was weird. For something so trivial it was kind of a big deal to the lad. He even admitted that had they changed nothing about the film and just given it an R rating he would have felt much better about the whole thing. The movie was 1408, and in a sentence, the film about a writer staying in an evil hotel room for the night. That’s really all I can give you about the film. Have I seen it? No. Will I? No. Do I recommend it to others? No idea. Does it have John Cusack in it? Yes, so that’s cool. And a bonus for all you Cusack fans… that like scary movies. I only bring it up because I did find it rather amusing that my friend, who is a horror movie aficionado and a zombie movie connoisseur, would be bother by being scared by a PG-13 movie. I tried to help by telling him if he really wanted a scary movie, try watching any of those Land Before Time cartoons. G rating aside, they are horrific. 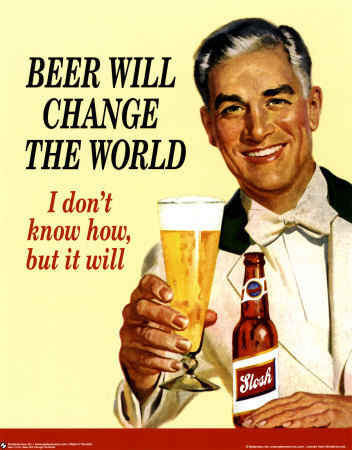 I did offer to buy my friend a beer in hopes that it would help him feel better. It seemed to work. He had a Homer moment where he started smiling and then under his breath said, “Mmmmmm… beer.” It’s nice to have friends that are easy to shop for and who are always willing to improve their mood at the prospect of a free beer. And from what I’ve heard, beer makes almost every movie better.

Any thoughts on today’s Smirkiness?