What I Learned at a Woman’s Convention 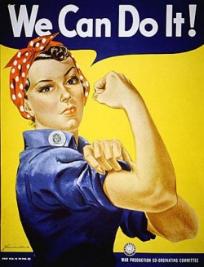 I went to a woman’s conference this past weekend… yes intentionally, and I began taking a few Smirk-inspired notes about a few observations I had being one of a handful of men there out of over two hundred women. I suppose the first question one might ask, what was I doing at a woman’s conference?

I wish I could chalk this one up to “it was for the experience”, kind of like that whole pedicure excursion I Smirked about last week. But no, the main reason for me being there is very similar to the main reason men go to the ballets, go to Josh Groban concerts, or sit through movies like the Notebook or Sex in the City 1 and 2. That’s right it’s because I am in a committed relationship to a woman I love and adore, my sweetie-baby-cutie-pie-wifey-pooh, Angela… who just so happened to be the one that put on the conference I was attending. It was her second year of putting on her Ignite Your Spark event and it just keeps getting better.

Being one of three men attending a conference compiled of over two hundred women I felt I was in a rather interesting observational position. I’ll admit my observation skills are a little off beat at time, which I blame on losing my sense of rhythm when I was a kid… along with my first wallet. Still, put me in an audience of people clapping in unison and nine out of nine times, yes 100% of the time, I’m going to screw up the simple task of clapping with the beat. This is why I usually just tap my feet or my hand next to my leg instead of that full blown hand above my head clapping while I flail around in what I can only describe as a fit of anti-rhythm. Yep, my superhero power is the ability to unleash anti-rhythm, which causes one to fail to make a single movement in beat with the music. Sadly, I am the only one affected by this super power when I unleash it. I always suspected this about myself, but it became quite clear to me during the closing ceremony Saturday night. I’m just glad the lights were turned down.

This next observation was made by a friend of mine. He was there staffing his wife’s vendor booth while she attended the conference. He came up to me during one of the breaks and asked, “Rich, you want to know the most serene, calm and quiet place at this event? The men’s bathroom.” Naturally I had to test this claim. So, in the midst of all these women visiting with each other, visiting sponsor booths, using the restroom, calling and texting friends about the amazing breakthroughs they just had, I walked into the men’s room. It was around 11AM and only one of four sinks that had been used, the other three were completely dry; they had not been used all day. It was quiet and calm and you would have never guessed the energy and excitement that was going on just outside the door, until… 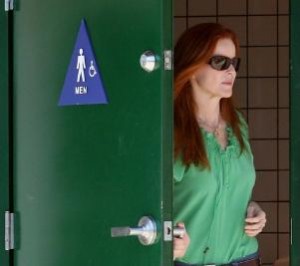 Knock, knock, knock… “Hello? Is anyone in here?” and around the corner to door popped the head of one of the attendees. “Oh, sorry, are you about done?”

She then proceeded to explain her intrusion, “There’s only one women’s room on this floor and it’s a little packed, and there’s a line and we thought if there was no one in here we might as well use the restroom that isn’t being used.”

Now obviously I didn’t need to wash my hands, since I had not performed any functions that required the washing of hands, I was just there to experience the silence. However, when you find yourself in a conversation with some stranger, male or female, that walks in on you while you are standing in a bathroom, you really don’t want to walk out of that room without washing your hands, not unless your goal is to ensure that no one else will shake your hand the rest of the day.

As I walked out, a group of ladies walked in. “Good for them,” I thought. They saw a situation that needed to be handled and handle it they did… well done. 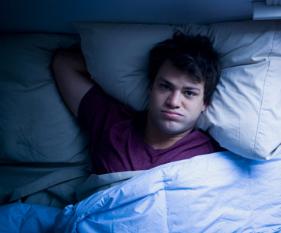 The next knowledge nugget was picked up as a result of the room Angela and I stayed in each night of the event… Sleep by Number bed and nothing but glorified air mattress and suck all the comfort and ease of sleep out of you so you wake up tired, achy, pissy, and committed to dropping at least ten f-bombs about how worthless the bed is. I really think the only selling point that would cause anyone to every consider one of these monstrosities of sleepless nights is the fact that it’s a bed with a remote control… some people are quite dedicated to a remote control lifestyle. So if you enjoy an uncomfortable bed that had a remote allowing you to make the bed even more uncomfortable, well then this is the bed for you… stupid bed (obviously I’m not still bitter).

I do think events like this create miracles for people, and by miracles I mean an extremely outstanding or unusual event, thing, or accomplishment. Yes, and based on that definition I’m pretty sure I took part in a miracle, one that I shared with Angela on the last day of the conference. See, I have this rather groovy white button up shirt, which Angela loves when I wear it. So naturally I packed it with me. Then, Saturday morning after getting up, and after completing my obligatory bought of uncensored profanity directed at that stupid bed, I accomplished something extremely outstanding and unusual, for me. I have only attempted this one other time in my life and it went so well the first time I have not attempted it again in over twenty years… I got out my groovy white shirt… and ironed it. 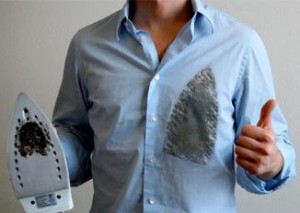 I didn’t iron it well by any stretch, but I did iron it. I even got close to 40% of the wrinkles out of it. I was so impressed with myself and my miraculous experience that once I was dressed and out the door, the first thing I did was find Angela and tell her about my conference miracle. Sure she laughed, but she was also in shock and dismay that I actually ironed something that I was wearing. I even got a big hug and kiss from her as a result. Go me. Hey miracles are subjective and are entirely specific toward the person involved. If a person who has never played golf in their life gets a hole in one, well, it’s a miracle. Now if a professional golfer more gets a hole in one, it’s just considered skill and not a miracle at all. So trust me when I tell you that me ironing a shirt and finishing with fewer wrinkles than when I started, you can bet your ass it’s a bloody miracle.

One of the things I loved about this event was not just experiencing some personal breakthroughs in my life, but seeing some of the huge life altering changes that others experienced. Some people were filled with moments of clarity about themselves. Others let their walls fall down and opened themselves up to the truth that they are amazing; they are worth loving themselves and being loved by others. It makes me sad when people forget their own greatness. However, being able to attend an event where people are constantly reminded not only of their own greatness, but that they are worthy of that greatness, not to mention the abundance of support that all the attendees are giving them in regards to how amazing they truly are, it’s, well, it’s illuminating and it was an honor to be there.

Here are some of the highlights from the event, put together by the videographer, feel free to check it out. (If the video does not play, chick here.)

Ignite Your Spark Highlight Video from Davey Orgill on Vimeo.