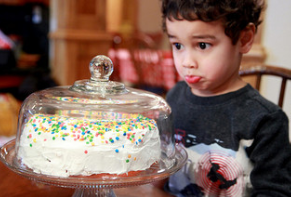 Sometimes it’s the simple acts that create memories that last a lifetime. When I was a kid it always felt like my birthday was the last one of the year. In truth, it was always the first one of the year, but due to the way the birthday season in my family works out my birthday was always last. Yes we have a birthday season in my family. It starts with my sisters, who were both born in September, then my brothers, both born in October and finally my parents who were both born in December. Then there was me, leading up the rear as the only one with a birthday in January.

I was probably six or seven when I first realized that my birthday was last. As a typical six year old, being last is not something I was ever fond of. If I could get away with it I’d sneak an extra 100 from the Monopoly bank when I passed go, and when playing Yahtzee if one of my dice fell on the floor and came up the number I needed then of course it counted, but if I couldn’t use it, then it was obviously a do over. As a kid that hated losing, I tried to get the edge when I could. I’m happy to say this didn’t last. 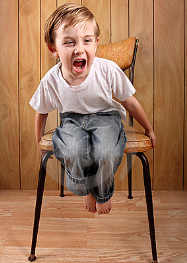 The next year when birthday season started, so did my realization of being last. This resulted in me whining relentlessly to my parents about how unfair it was that my birthday was last. I may have even whined myself into a crying fit once or two about the subject as well (not proud of it then, not proud of it now). It got so bad that even mentioning the word birthday would set me off, which made planning upcoming birthdays a little difficult.

Finally in a last chance effort to shut me up about it, my parents came up with a solution to my complaint. With a smirk on his face my dad offered to trade birthdays with me. Instead of the week after Christmas, my birthday that year would be in the first week of December. I eagerly accepted and happily stopped complaining about the matter.

I couldn’t believe it. My birthday was going to be almost a full month earlier than it had been in the past. It also meant that it was three weeks before Christmas! As a kid with a birthday a week after Christmas I can tell you nothing sucks worse than having a birthday close to Christmas. More often than not when you are given a gift it will have both Merry Christmas and Happy Birthday written on it. Then you have to pretend to be grateful when all you are really thinking is, “You cheap bastard.” 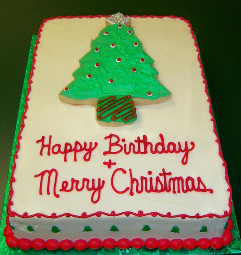 Giving two toys (birthday and Christmas) to friends each year only to have them reciprocate it by giving you one gift to cover both occasions is one of the most distressing forms of adolescent injustice that any child will experience. Any child with a birthday close to Christmas will tell you the same thing. It’s complete and total crap! The prospect of having my birthday earlier meant that the chance of me getting separate Christmas and birthday presents was quite high. It was a realization that would even Eeyore would smile about.

When my “birthday” rolled around and my friends started arriving for the party, there was something I hadn’t expected. I had a feeling that kept lingering in the back of my mind. It was there through all the games, singing, the blowing out the candles and making a wish, and cake eating. Through all of that I couldn’t get past the feeling that it really wasn’t my birthday.

I’ll admit I was excited to get gifts that just said “Happy Birthday” on them, but it wasn’t my day. This feeling was reinforced when New Year’s finally rolled around and as a family we had to sing Happy Birthday to my dad instead of me. Turned out I liked that feeling even less than getting just one gift for both my birthday and Christmas.

I didn’t like having someone take my day. It took me a while to realize that my dad might like his day just as much as I liked my own. Who knows, maybe seeing me happily celebrating his birthday as my own was what made it worthwhile to him and a day worth remembering. For me, I didn’t need someone else’s birthday after that. My dad definitely deserved his own day where we all happily celebrated him on the day he entered this world, and do did I. When I told my dad I wanted my birthday back for next year, he happily agreed, but let me know if I wanted to trade again it would be okay. 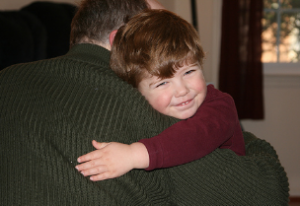 I never complained about being last in the birthday season after that. I think it is what started my appreciation for birthdays in general. People deserve to be celebrated and what better way to celebrate them than on the day they were born.

I know that Father’s Day just passed, and as groovy of a holiday as it is, it pales in comparison to the day my dad was born. A day he gave to me as a gift one year so I could learn about the importance of my own day, where I said hello to the world.