Things that make Me Involuntarily Judge Others 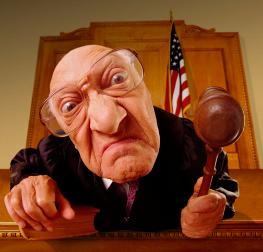 Now I hear people talk all the time about how bad judging others is, and to that I say, “I don’t care, we all do it.” I even wrote a Smirk dedicated to the topic of how judging is an everyday occurrence. In short I look at them as observations that become opinion, sometimes I judge people nicely, and sometimes I don’t. However, today I realized that there are things that get me to involuntarily judge people in a rather negative light.

So here’s what happened, I was at work taking a short break to assist the tea I had ingested this morning to continue its journey toward freedom and who knows, possible self awareness… it had the word Zen in its title, so you never know. As I was finishing the tea passing process I heard a toilet flush in one of the stalls and then from that stall emerged some chap who walked right past every single sink and walked right out the door. EWE! Who does that!?!! The first thing that came to mind, “Nastiest person ever!” And that’s exactly what I’m going to think about this guy every time I see him in the halls at work. I just hope I’m never placed in a situation where I have to shake this man’s hand… because I won’t. Not unless I’m wearing a rubber glove.

I washed my hands, twice, just to make sure before leaving the rest room, and then I grabbed an extra paper towel and used it to open the door on my way out. When I got back to my office I was still so disgusted by the whole thing that I experienced two uncontrollable shivers just thinking about it. It did get me thinking though… what are some of the other things people do that get me to involuntarily judge them using a flurry of negative connotations about their character? Apparently not washing your hands after using the bathroom is one of them. 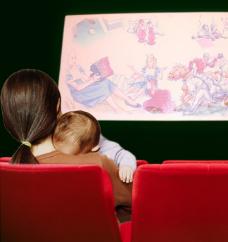 This next one has personally happened far too often. Imagine going to a movie. Let’s make it an R-rated movie… a late (past 9PM) R-rated movie. Now picture yourself sitting in your cushy rocking enabled stadium seat, with your sweetie on one side and a hot tub sized bucked on popcorn on the other. As the lights start to go down in walks “the” couple. The man is carrying a theater’s signature hot tub sized bucked of popcorn and a drink the size of hefty six month old baby… and the girl, you guessed it, is carrying a hefty sized six month old baby.

Before I can even say a word, a sigh of sheer disgust comes out of me, while I roll my eyes at the same time. The first thing that pops in my mind is, “I hate them and I want them to go home”, which is really not like me. I mean ok so maybe the little thing is asleep, but once the first car crash happens, or gun is fired, or explosion fills the screen, that sleeping baby is awake, afraid, pissed as hell, and making damn sure everyone in the theater know it.

I even discovered a new one just a few days ago on my way home from work. I was listening to my latest commute book on CD, Artemis Fowl, and enjoying it. That’s the thing about listening to a good book during your commute; you actually look forward to getting stuck at a stop light because it allows you to listen to more of it before you get home. Luck was with me that day because, due to traffic, I had managed to stay at the same stop light twice in a row. As the cars were filling the space next to me that is when I saw it. A truck pulled up next to me in the turning lane, and as he slowly pulled past there they were… a shiny pair of brass balls hanging from the trucks tow hitch. I guess the owner wanted to make sure everyone knew it was a boy truck… the dumb ass.

They were even shaped like testicles, swinging away with every stop and start the truck made. All I could do was drop my head and shake it in shame. Yes I was ashamed that I share the same DNA structure as this man, and the first thing that came to mind, “It’s people like that that always get abducted by aliens and convince the aliens that the human race is not worth saving.” At least it would have been if I had been watching a six hour Sci-Fi movie marathon. What I actually thought though, was, “I’ll bet he’s perplexed why he’s still single,” followed by, “I’d hate to see how he’s decorated his parent’s basement,” and finished the whole thing up with, “I hope he never reproduces.” 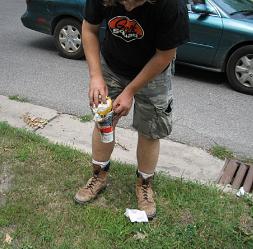 I’m not saying I’m proud of this; it’s just something I’ve noticed I do occasionally. However, there are things that people do that automatically causes me to judge them in a positive light as well. Like people walking across a parking lot and instead of walking by a piece of trash… that’s another one! People who litter! When I see someone littering I am filled with this intense hoping that the person has a very hot liquid poured… or spilled, on their crotch sometime in the next five minutes. I just can’t help it.

Sorry, I got a little off track on that last one, so yeah, when I see someone walking by a piece of trash and instead of just walking past it they bend over, pick it up and drop it in the trash can next to the building they are walking to, I can’t help but appreciate their existence, and I genuinely hope someday they win the lottery, because I like them… even though I have no idea who they are.

How about you? What are some of the things that cause you to involuntarily judge other? Good or bad… I just hope I’m not alone on this one. Naw, I can’t be, I know of at least twenty people that will cringe at that “not washing their hands” bit. Still, I’d love to hear some of your examples. Cheers.