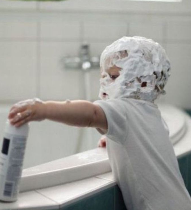 Underarm hair, we all have it, well we all get it, eventually. Good thing it doesn’t start growing until later, because let’s face it if babies were born with a full pit of hair, chances are their adorability might waver a bit.

The thing about underarm hair, much like leg hair, (at least in the US) is that it is a bit of a sexist follicle. Meaning it’s a hair growth that is considered acceptable for men, but unacceptable for women . . . just like facial hair. Sadly, in this day and age you can’t even give someone a sincere compliment on their mustache without her getting all upset and refusing to be your friend anymore. 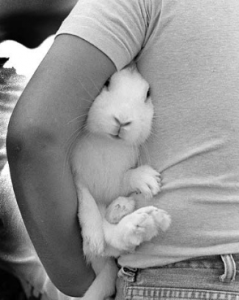 I’m not 100% sure where that line in American culture happened where it started becoming femininely unacceptable to have hairy pits. I do get the motive for shaving them though, kind of.

So the other morning I woke up, sat up on my side of the bed and lifted up my left arm to scratch my actual bed-head matted hair and experienced a rather uncomfortable pulling sensation in my left armpit. Upon closer examination I noticed that during the night some of my pitter hairs decided to have a late night Tango dance party and managed to get a little tangled in the process, refusing to notify me of this until I unsuspectingly raised my arm. 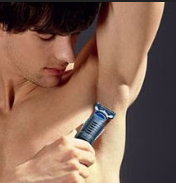 No, I did not attempt to comb it out. I simply treated it like a Band-Aid and with a quick yank removed the gripping cluster from its friends and family while muttering a few choice colorful metaphors. After the swearing stopped, that’s when the thought crossed my mind—Maybe I should consider shaving my pits? I would never have to worry about finding myself in that situation again . . . the only problem, and this is when the reality of the situation soaked in, I hate to shave. I don’t sport a few days growth and only shave once a week because I’m trying to go for the rugged, 5 o’clock shadow look, it’s because I hate to shave, and I usually only get around to it when it starts to itch. Besides, no one wants a pit full of razor burn. Ouch!

Also, I remember that puberty thing when my pits first started sprouting hair, and you know what? It itched like a sonofabitch. It is thanks to that miserable memory that I would never shave my pits. By the time I would get around to shaving them again, I would be in the throes of itchiness, and constantly scratching my pits (even if it only happened once a week) is not a Smirk inspired way to spend your day.

You know, I wonder if my hate of shaving carries over to my hate of mowing the lawn, because honestly isn’t mowing just a way of shaving your lawn when it gets to long?

Arm pit hair is a funny thing because I don’t think it has ever been considered an attractive aspect of the human body. I’ve met plenty of men that look at women with hair armpits and get totally grossed out, likewise I’ve had a group, or even one woman swooning at the sight of a man’s hairy pits either. It’s an odd double standard really. Personally I don’t think it matters one way of the other. Ultimately if it is more comfortable to shave them, do it. If it’s not, don’t. Your sex should have nothing to do with the decision, at least that’s the way I see it.