The True Winner of the Super Bowl

by Richard Timothy | Feb 11, 2011 | I Think There's a Point, Non-Fiction, Observationally Speaking, Something I Know Nothing About | 1 comment 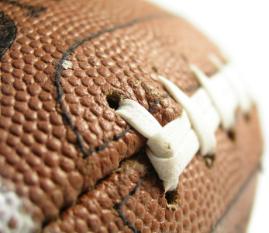 I have acquired a fairly functional existence where I have managed to avoid most things that carry with it the identifier of “sport.” Let’s take football for example, which is actually a completely inaccurate descriptor of the American sport “Catch, Run, Hit.” With the culmination of the latest football season now at a close, which was celebrated this past Sunday… the day of the “big game,” I thought I’d devote today’s Smirk about not only the topic of sports, but about the big game itself.

No, I didn’t see it. Traditionally I don’t know who is even playing in the Super Bowl until the weekend of. Thanks to my office mates, the majority who, despite my complete and utter lack of interest, still continue to attempt to educate me in the much celebrated art of “talking sports.” It is thanks to these people that I am always able to learn on the Monday after the game who actually won. Apparently this year it was a bunch of people that like cheese, which I am in full support of, since I too like cheese. What a real treat, next time you make grilled cheese sandwiches to dunk in your tomato soup use smoked Gouda… Mmmmm… smoked Gouda, you’ll thank me, I promise. 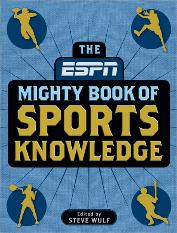 The point is that over the last five years, contrary to my best efforts, I have actually learned a few things about sports… twenty, probably more, but twenty is a number I’m willing to commit to at this point. Here is about half of what I’ve learned about sports over the past five years:

I pretty sure I know more than that, but those are the first things that came to mind. I will say that my guessing skills on whether a team plays basketball or football has gotten a lot a touch better as well.

On to the Super Bowl then… now is it just me or does anyone else find it a little amusing that a group of large men get together each weekend to beat on another group of large men all for the chance to win a gem encrusted ring at the end of the season. I mean isn’t football really just televised “fighting for jewelry” with a ball thrown in there as a way to decide the victor and so the camera has a designated target to follow throughout the game? Ok, most would disagree with me, but I do feel it’s a point worth mentioning. 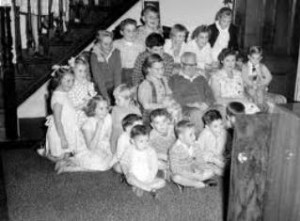 When I got to work Monday after the big game, no one talked about the game. There were no references to spectacular catches or plays that had to be watched again on YouTube because they were so amazing. No, but what I did hear was the endless chatter about the commercials during the game. One coworker even had a web page open so that he could review all of the game commercials and vote for his favorite. Then in a week he can go back and discover the true winner of the Super Bowl. The first thing my office mate said to me that morning was about his favorite commercials. He had me pull up this two favorite so I could see them and share in his advertisement created joy.

It’s been almost a week since the game ended, and I have not heard one mention of the teams involved. However, people are still talking about the commercials. Just today, as I was walking down the hall on my way to the break room, I overheard the people in front of me debating about which Doritos commercial was the game’s best. Amazing.

I guess there was one thing that was talked about a bit in regards to the game. It was the fact that and ex-Mouseketeer blundered the words to the National Anthem… just one more reason why people should stop letting Disney raise their children. I’m just saying. Hopefully the sheer embarrassment of that performance will keep Aguilera from performing live for… hell if it’s even a month it will have been worth it.

The whole thing does make me smile though. The most anticipated and watched sports event of the year in the US and all people seem to remember is which thirty second collection of images made them laugh the most. You know I wouldn’t be surprised if companies start doing their own product placement in commercials to help with the cost of a Super Bowl ad, that or to get double exposure for the price of one. 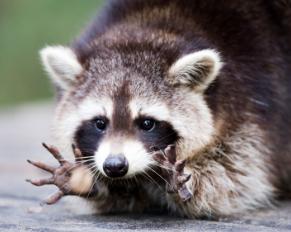 Take an ad for a hybrid Ford. Introduce a sleek attractive couple on a super sexy road trip and now throw in the image of this couple eating a bag of Lay’s brand potato chips… wink, wink, nudge, nudge – two products advertized for the price of one. Then as payback, Lay’s gets their own commercial slot. In their ad they use a Ford SUV for the family that is driving thorough a nature preserve while everyone is eating from their own bag of travel size Lay’s brand potato chips. Then enter a group of sneaky raccoon’s. One begins to mime a Van Halen air guitar solo getting the family to stop the car and watch in giggly delight. The others raccoons sneak in though a rolled down window and steal all the bags of chips, ending the commercial with some lame over used phrase like “Everybody wants some.” Again, one commercial, one price, two products… you know it’s just a matter of time before they start doing this.

Until then, enjoy your commercials and if you’re lucky maybe you’ll get to see some of that thing they call football.

Anyone feel this way about the big game? I mean I know I’m not a fan, but it does seem to be coming in second when competing with the commercials. Any thoughts?