The Trouble with Groups 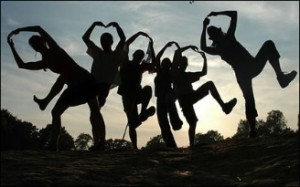 Traditionally I like groups . . . most groups . . . groups that comprise of me and people I like, or groups that consist of me and people who like me. Some groups carry with it a status of greatness and awe, say like being at Woodstock. There are also groups within groups that hold even greater prestige, like remembering being at Woodstock. It can work in the opposite as well. I’m sure if you happened to let someone know you took an active part in burning down someone’s store during the ’92 LA riots, they might look at you in the exact opposite of greatness and awe. Regardless, being part of groups can carry with them good or bad things. This Smirk takes a look at some for the difficulties people experience when dealing with taking part in a group.

Now if you happen to be dealing with a new group in which you do not know many, or any, of the others in the group, there are a few ways to get around this and still fit in. First, find the “chatter box”. The chatter box is one of two people in a large group, they are either the know-it-all that is very insistent that they be the center of attention and everyone listen to them talk, or they are the impaired know-it-all, which is usually attributed to copious amounts of Scotch being ingested into their system. It is very possible that in many situations this will be the same person regardless. 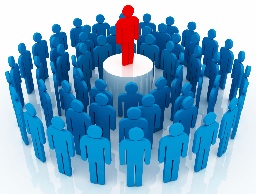 All you have to do is position yourself near the group of people the chatter-box is talking at, since they rarely engage in conversation. Usually these people love to hear themselves speak, but since talking out loud to yourself is often equated to as a “crazy person” attribute, they simply talk at people in groups to avoid the fact they are just talking to themselves. They may occasionally ask someone in the group a question, but rest assured it is only rhetorical; no answer is required. For this reason alone, if you are new to a crowd, this is a great way to be in a part of something that looks like an actual social exchange where you participate by not participating. Note, there is the rare exception where a question is not rhetorical, that is why it is better to hang on the outskirts of the group as opposed to being one of the people up front. 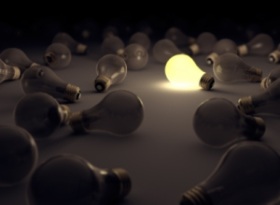 Now let’s say you want to get engaged in an actual conversation. This is good, you can wander around eves dropping until you hear someone talking about a topic you are familiar with. However, be wary of conversing in a group more than three people. The main reason for this . . . “old topic recycling”. Here’s what I mean, have you ever been taking part of a conversation, and as you finish up and the next person is taking their turn you have a brilliant thought to add about the topic being discussed? Then, before you get another chance to speak again, the group has moved onto another topic. Now you are stuck, do you let the brilliant insight pass or do you awkwardly go back to the old topic?

In a group with more than three people, you are stuck, you have to let it pass and save it for your roommate, partner, lover, significant other, dog . . . whatever really, and tell them about it once you get home, where it will have lost all possible chances of impressing anyone. In a group of three or fewer, you can get away with bringing the old topic, just as long and you remember to segue back to the new topic. 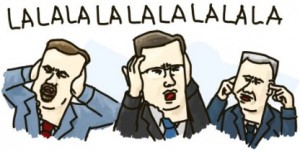 One of the things to remember is that regardless how well-equipped you are on conversational topics, there will always be topics that you are never prepared for, usually this equates to men only, and is centered around the subject of hygiene, feminine hygiene. Usually the second a man finds himself involved in a conversation that discusses key words like “cycle”, “flow”, any type of pad without a small i in front of it, and so on, the man will attempt to become the loud speaking chatter-box of any topic, but usually sport or the weather, just long enough get out of hearing range of the female hygiene conversation taking place.

Ladies, if you ever want a man to leave you alone, or if you simply want them to leave the room, or back away from you, so you can either talk about them or the other guys and don’t want any men listening in, this is a sure fire way to do just that.

It is also important to point out that a good memory can result in extreme creepiness in these types of situations. Case in point, years ago one of my best friends and I were visiting my brother in Jackson, and ran into a girl that we had met a few times about three years earlier. As we started talking to her, going though that whole, “Where do I know you from?” opening, she points at me and says, “You’re a Capricorn.” Then she pointed to my friend tells him he’s a Leo. She had no idea what our names were, but she remembered one of our conversations from years ago when she asked what our Zodiac signs were. We smiled, told her it was nice to see her again, and slowed backed away from the nice crazy lady. 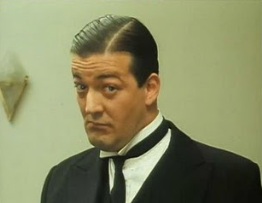 If you are one of those people that remember random things about others, do not, I repeat, NOT, bring them up in social settings. It truly will weird people out. The only time this is acceptable is if you are dating/engaged to/married to someone the person. If you remember that your significant other smelled like vanilla the first time you met, it’s sweet and romantic. If you tell a coworker that who you have never talked to outside of work, or someone that you have not seem in six months or longer, yeah, everyone’s going to think you’re creepy . . . including yourself.

So, what are some of your trouble with groups?