The Great Toilet Seat Down Debate, We now have a Chance 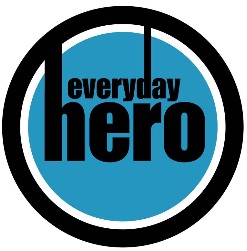 I learned something about my brother Mike this past week, something that quite frankly surprised me. I’d even go so far as to say it’s something that escalates my opinion of him from just being my brother, to being a hero … and I think some of you are going to agree. Before jumping into the why, I thought this Smirk could use a little clarifier as to how I am choosing to define the word hero and how that definition pertains to Mike.

For many people, being a hero is a person that shows courage, or is admired for their brave deeds. I know that in the US there is an almost instant juxtaposition to this word and people who serve in a field where they could end up in harm’s way to help others, professions like the police, military, firefighters, etc. In this Smirk I am looking at my brother as a hero for being a person who, in my opinion, has performed a heroic act.

The thing is some of these conversations seem immensely pointless, but for some reason they are essential for any relationship. One of these conversations consists of the infamous “decorative/throw pillows” conversation. This is usually instigated when the masculine personality in the relationship asks why their house if filled with pillows they are not allowed to use. The feminine personality takes the opposing view and attempts to explain that they are decorative pillows, as in a decoration. Hence, that is their function and therefore they are needed and useful. I’ve actually dedicated an entire Smirk to this topic. 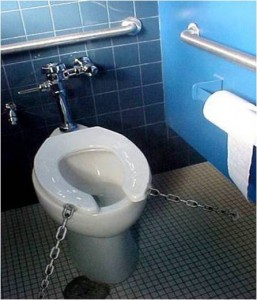 The point being that these conversations exist and do happen every time two people get together and have a go at that thing called a relationship. There is one conversation that is usually discussed with such fervor and gusto that all men know about it and fear it. Waiting for it to inevitably arise and stick around until they succumb to the demands of their feminine counterpart. The topic is … the great “toilet seat down” rule debate.

The debate traditionally consists of the person in the relationship without the male naughty bits strongly suggesting that the one with the male naughty bits be responsible for all toilet seat interaction, specifically the lifting and lowering of the seat so that is it always ready to support those in need of a sit down. Now since the one without the male naughty bits has spent their entire life not having to deal with the raising and lowing of the toilet seat, due to always sitting to do their business, there is a sense of entitlement. To them it only makes sense that their lack of toilet seat handing not change. To add support to their view on the matter they also claim that since men have spent their life raising and lowering the toilet seat then they should already be conditioned to this practice.

When men are first introduced to this line of discussion, we get confused. The key flaw in this train of thought is men are not trained to not raise and lower the toilet seat. I mean we do when the need arises, but when we lift it, it stays up until our need requires it to be put down, to which it stays down. Since men usually require the seat to be up when we go to the restroom that means it spends a lot more time in the up position than the down position.

In my experience, the first time I had this conversation was a little different than the traditional method of a being in a romantic relationship. I had moved into a place with five female roommates and I believe the very first time I left the toilet seat up after moving in I was confronted by all five roommates and kindly threatened that if I failed again to leave the toilet seat down after I had finished my business then I would be tarred and feathered in my sleep … with graham crackers and chocolate syrup. I didn’t leave that seat up again the entire time I lived in that house. Also, by the time I got into a real relationship I was already in the practice so it wasn’t a big debate filled compromise. So, I guess, thank you to those five roommates? (Still not sure I’m ready to move that from a question to a statement just yet.) 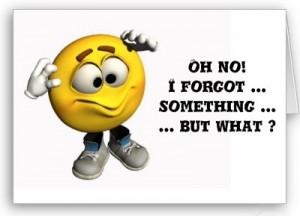 I do need to point out that in the event your male counterpart forgets to put the seat down after they finish their business please don’t start in on them about it. It happens, we do forget sometimes. We never get thanked for all the times we leave it down, but the second it slips our mind and we accidentally leave it up once out of a thousand times, we get instantly reminded and/or lectured about it. We don’t appreciate getting in trouble for this especially when it rarely happens. By letting this slide and simply putting the seat down on the random occasion when it happens, it will strengthen your relationship.

Also, from a feminist perspective I would like to point out that the “toilet seat down” rule is completely anti-feminist. Feminism is about equality, and then you require that the male counterpart in the relationship always put the toilet seat down, this is a request for special treatment and removes the fundamental belief in being treated equal … I’m just saying.

Still, the “toilet seat down” rule is something that all men have experienced and agreed to follow … that is until my brother Mike mentioned in passing conversation that he doesn’t have that rule. I just started at him in disbelief. The other guys around him were equally flabbergasted. The first one to reply to his comment struggled a bit trying to get clarity about what Mike had said, “Wha … you … you don’t have … how is that even possible?” 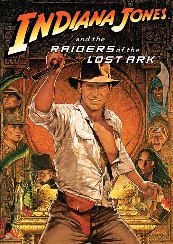 Mike just smiled as we looked at him with the same awe and admiration as when we watched Indiana Jones for the first time on the big screen discover the lost ark. I had a few questions of my own for Mike. Things like, “Who are you?”, “What have you done with my brother?”, “Why haven’t you gotten any endorsement for this?”, and “What is your secret oh great and powerful Oz?”

“I just said we should both be responsible for looking to make sure it’s down before we sit, making it an equal thing for both of us. She tried to say that if the seat gets left up and in the middle of the night she gets up to use the restroom and falls in because the seat is down then it is my fault. I told her it is her fault for not looking, just as it would be my fault for not looking if I fall in in the middle of the night. I only seemed right that we are accountable for ourselves.”

We all had the same response, saying it in unison, “And that worked?”

Before ending this Smirk I do feel it’s important to point out that I am not recommending that all men currently following this rule go and revisit the debate. No good will come of this. If the action is second nature now and something you do automatically, do not, I repeat do not mess with the rule. However, if you have not yet found yourself in this discussion, you are now a little more prepared for when it does finally come up. And remember, don’t thank me, thank Mike.