The Government Took my Wii 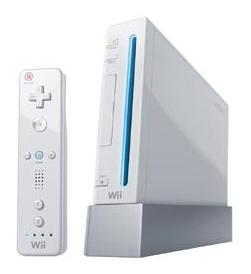 When I was little, my brother, who was just a year older than I, and I would get into constant fisticuffs over everything. Even if we were getting along for a while, we always seemed to turn into a whirlwind of inevitable terror reeking havoc on each other and our surroundings. Being the younger and smaller of the two, I was consistently the one, when all the smoke cleared, sitting on the floor… crying, or running to one of my parents… crying, or hiding under a blanket… crying. Hey, I’m a realist, when someone beats me up and it hurts, I’m going to cry until I feel better.

These wars were always a result of immensely important issues, like Legos.

We would try to split things up so one week he got the cool space Legos and got to build first and then the next week it was suppose to be my turn. Some weeks worked out just fine, and then other weeks maybe some pieces would go missing and magically appear on the other ones spaceship when it was clearly obvious that it was the other brothers turn to use them.

Sure there were other battles, but if I had to guess I’d say a good 75% of all fights we’ve ever had were a result of fighting over Legos. So you can imagine our surprise when one day in the middle of one of our louder fights, our mom appeared in the room and started throwing all of our Lego’s in a box. She told us we had lost the right to play with them for one week. She also said that if we learned to behave and play nice together they would be returned in one week.

I imagine most of us, as long as you are not an only child, remember this type of parental negotiation from their youth. So you can imagine what I thought was when read the headline, “Court orders problem child to forfeit Wii, will return it if he behaves.” Apparently my mother had become a judge somewhere.

Turns out it was in Winnipeg, but it wasn’t my mom. Apparently it was some bloke named Marvin Garfinkle who was the judge in Winnipeg. Well, I’m guessing it was Winnipeg since The Winnipeg Sun was the original source of the story.

As the story goes, from the bits I actually read, a 12 year old boy, who may have quite possibly sprouted from loins of one Mr. Hyde of the Dr. Jekyll and Mr. Hyde fame, allegedly hit another boy over the head with a pool cue in August. Then on Oct. 16 He was arrested for allegedly attacking a male student and female teacher at his new school after a game of dodge ball.

Based on that bit of news alone I say more important than taking away the kids Wii is to take away all of the kids Grand Theft Auto games and give them to charity… you know for kids that can actually tell the difference between a video game and real life. Ok, so I have no idea if the kid played Grand Theft Auto, but doesn’t hitting someone over the head with a pool cue sound very Grand Theft Autoish? Yeah, I thought so too.

Do I think the kid will get his Wii back? Well, I’ll put it like this… when my brother and I lost our Legos we did actually get better, but it was only because we spent the next week working together to try to find where they had been hidden. It took us four days to find them. We made a great team too. One would search while the other kept watch. The one keeping watch would run diversions if mom started heading for the room we were searching in to make sure the searcher had enough time to either hide, or get out of the room.

Once found we had three days to play with them, but only when mom wasn’t home. We even put them back when she did get home to keep up the facade. After the week was up we got our Legos back, and about two or three days latter we were fighting over them again. It took us a few more years to figure out that we had a lot more fun when we actually shared as opposed to pretending to share, and trying to kill each other when we learned the other wasn’t sharing. 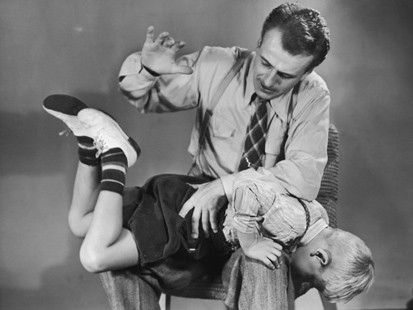 So back to the kid, yeah he will probably get his Wii back. Either that or he’ll knock over a gas station to get the money to buy a new one. I wonder though, in the end is this going to help change the kids bad behavior? I have no idea, but probably not. I will say this, as an adult who does not have any children of his own, I feel perfectly qualified bad mouthing something I really have no experience in and saying, smack that kid on the butt. Oh, and it’s obviously the parent’s fault, or parent depending on the situation. Well that and quite possibly the kid’s demon blood running though his veins.

All that being said, it does make me smile to know that there is a judge out there that is following my mom’s brand of toy confiscating motivation and justice to help the little ones learn to play nice, and hopefully become better people.