The Boy who Cried Rapture! 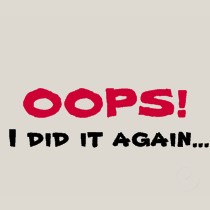 With it being almost a week since ol’ Harold Camping’s rapture prophesy proved erroneous… again. He has since come out to admit that he did not configure his rapture deadline “as accurately as I could have.” Still he rallied a few short days after his worldwide rapture prophesy failed, revised his Bible math once again and is sure that the end of the world will now come about October 21st of this year.

Now the last time that Harold got this wrong, he at least left us alone for a good 15 years, before singing that same old song. Personally I would have appreciated the same courtesy this time around. I think if you are going to break the socially accepted standard (that I just made up) of one failed end of the world prophesy per lifetime then there should be at least a 15 year hush period before giving it another go.

When his first end of the world failure happened in 1994 Harold told Steve Gill Radio, “It’s a learning curve, like with anything, the first time someone rode a bicycle if it didn’t have training wheels they’d fell over. And you have to get more experience.” Oh well that clears things right up, thanks Har… wait, what the hell does that even mean?

When asked by The Independent (UK) why his May 21st prophesy was different than his 1994 prophesy he said, “At that time there was a lot of the Bible I had not really researched very carefully…But now, we’ve had the chance to do just an enormous amount of additional study and God has given us outstanding proofs that it really is going to happen.” Is it just me or does anyone else find mildly amusing that a Bible scholar would choose to use the excuse of ‘not studying the bible enough’ for why his end of the world deadline failed to bring the end of the world… absolutely priceless.

Even while I’m writing this I’m trying to decide why I’m giving this whole thing not just one but two separate Smirks. I do find it a little fascinating, not the rapture bit, but the unwarranted credibility that people have been so willing to give this man’s claim, especially after being wrong, twice, soon to be three times! The only thing that I can guess is that the power of advertising is much stronger than I ever imagined it was. Although having 55 radio stations to push your opinions probably helped a bit. 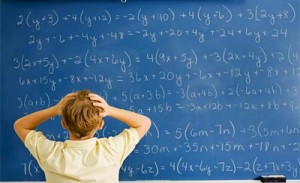 It kind of reminds me of that kid in grade school that promises he did his math homework and gets called to the front of the class to work the problem on the board. He works the problem and gets it wrong, so he does it again, same outcome. All the while keeps lying to the class, reassuring everyone that, “I did my homework. I know this.” Eventually it’s obvious he has no clue what the answer is or even how to get the answer, but he doesn’t care because he loves the attention he gets standing in front of everyone while making random guesses claiming it is the right answer each time. “The answer is 21, I mean 9, no 13, I mean 47, I mean 5.” Well, you get the idea.

In the end though, this whole event left me a little melancholy. This old man’s opinion, which he peddled as unshakable truth, motivated so many people to act in heartbreaking ways. Some people believed this man so assuredly that they quit their jobs, spent their life savings and/or maxed out their credit cards to warn others about the undeniable end. Then you have others who were so afraid by his end of the world propaganda that they attempted suicide, some even succeeded. 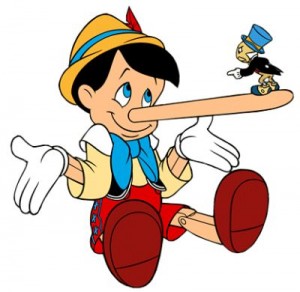 Harold’s response to this was, “I don’t have any responsibility. I can’t take responsibility for anybody’s life. I’m only teaching the Bible.” Now I have a number of friends that are Christian and according to them the Bible does teach a good deal about loving for and caring for your fellow human, which does bring up the question. Has Harold actually read the book that he claims to be a scholar on? Only he can answer that, but based on this track record for using it to predict the end, he’s not a very good reader. It would seem he struggles a great deal with reading comprehension.

I guess for me, the message of today’s Smirk is don’t spend your life waiting for a reward in an afterlife that may or may not happen. You are alive now, live the life you know you have. Make today and everyday worth living, because in the end it’s not about how you might live, it’s about how lived.