The Bad Business of Pointless Warnings 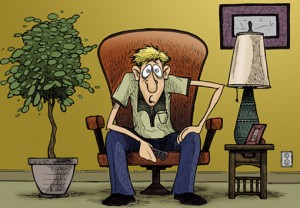 Today’s Smirk began to form the other night as I sat down to watch a DVD after dinner. As the DVD loaded and began to play that I did something that I don’t think I’ve ever done before, I took a moment and actually read the FBI warning. Usually I just curse under my breath at the DVD as I wait for the warning to pass while pressing the forward or menu button incessantly in hopes that something will happen that has never happened before, and I’ll be able to skip that damn warning. Say what you will about VHS, but when it comes that tedious FBI warning VHS will always be a superior form of technology for the sole purpose that you can actually fast-forward through them.

There are a number of different formats for FBI warnings on DVDs, and in researching it I’ve discovered the language in the warnings can vary a little. The one I happened to read said this: 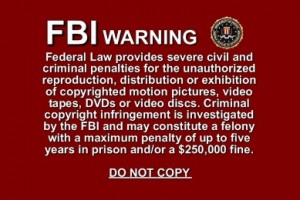 “FBI WARNING
Federal Law provides sever civil and criminal penalties for the unauthorized reproduction, distribution or exhibition of copyrighted motion pictures, video tapes, DVDs or video discs. Criminal copyright infringement is investigated by the FBI and may constitute a felony with a maximum penalty of up to five years in prison and/or a $250,000 fine.
DO NOT COPY”

Anyone else catch that? That’s right “video tapes”, they are including the term video tapes in the warning. I don’t know about you, but this causes me to believe that the people responsible for making sure the FBI warning is displayed on every DVD don’t even read the warning.

I get that piracy is a problem, but the big boldfaced WARNING seems a little intense and overbearing to the person that just paid for the DVD. Not to mention, these warnings seem directed at the wrong people. I just purchased the film, and now this overbearing warning that I am forced to sit through feels a little like a threatened that if I make a copy of my DVD I can be fined and send to prison. Then I am stuck having to deal with a series of previews that in some cases I can’t skip past, but I can at least fast forward through, which in my opinion is just an asshole move by the movie company that put out the DVD. I don’t care that you advertise on the disc, but make it something I can choose to watch as an option in the menu and not something that automatically imposes itself on me when I start up the DVD. 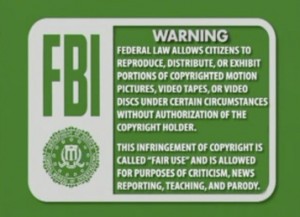 Also, the warning is a tad erroneous. Having purchased the DVD I, under the “fair use” rule, have the right to copy my DVD for my own use, examples include burning it onto another disc as a backup or placing it on another device, such as an iPod, for personal viewing. So the “DO NOT COPY” in the warning is more of a suggestion than an actual demand. Still, in the written genre when you use all caps like that its considered yelling, and yelling at your customer is not only rude, but lacks standards and professionalism. You DVD manufacturers should be ashamed of yourself … and if you keep this up, I’m going to call your mother.

In researching this I found a comment in an article about pirated DVDs were the guy loves his pirated DVDs because the pirates understand the customer’s wants and have removed the FBI warning and the previews from their pirated product. When the guy puts a pirated DVD into his player one of two things happens, either the movie starts playing or the DVD loads to the menu list, that’s it. Personally that sounds wonderful! Yes, piracy is wrong and I don’t think people should do it, but the movie companies should really take a look at what their competitors (the pirates) are doing to make their product more appealing to the masses, and start applying it to their original product. At this point, it just feels like they are punishing us for being honest consumers, and that’s a pretty crappy business model. 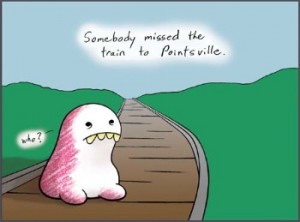 In the end, is there really a point to these warnings? Has it ever thwarted someone’s pirating ways? Has there ever been a case were a DVD pirater has got everything ready to make a bunch of illegal copies, but as the movie begins he reads the FBI Warning and thinks, “Well my goodness, I had no idea what I am about to do is illegal. I am going to stop contributing to this crime right now!” I’m going to have to go with my gut feeling that no, this has never happened, and I doubt it ever will.

I suppose the only point for having them is so that in the event someone ever does get hauled in for pirating DVDs they won’t be able to use the “I didn’t know it was illegal” line of defense, which as far as I know has never held up in a court of law.

What are your thoughts on the matter?